By Zhanna Shayakhmetova in Nation on 3 April 2019

NUR-SULTAN – The Ministry of Healthcare plans to establish a committee to better ensure the quality and safety of public health and pharmaceutical related products and services, reported Minister Yelzhan Birtanov at an April 2 press conference in the capital. 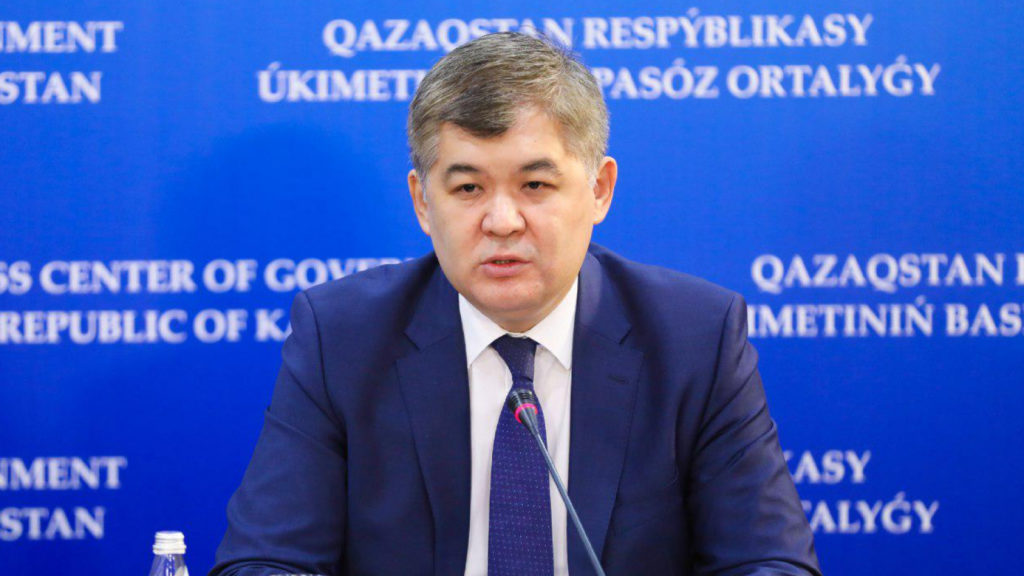 All related laboratories will the required to receive international certification.

The effort also seeks to provide more information to the public about goods and services.

“We want to switch to a digital notification system so that the market can decide who meets the standards and who does not. Due to lack of transparency, people do not know what violations exist in a particular enterprise or product. We are working in this direction in recent years. Our regional committees publish information in case of detection of violations. Transparency is essential,” he said.

Last year, 1,315 primary care physicians and 79 paediatric offices were opened. Part of the goal is to provide sufficient access to doctors in the Aktobe, Zhambyl and West Kazakhstan regions.

This year, more than 5,000 doctors, including 1,515 primary care physicians will graduate from medical institutions. This will cover the shortage of primary healthcare personnel.

According to the ministry, 214 facilities were commissioned and 31 percent of these by means of private investment over the past two years. It is planned to open 595 primary healthcare facilities worth more than 120 billion tenge (US$315 million) in the next three years. More than half of the facilities will be launched as part of a public-private partnership. Some 228 facilities will be reconstructed and more than 11,000 units of medical equipment will be provided.

The management programme of major chronic diseases has also been expanded.

A staged salary increase by 20 percent for 36,000 medical workers is expected and 5.3 billion tenge (US$13.9 million) will be provided.

Birtanov spoke about the launch of primary healthcare digitisation.

“All the health organisations in cities and regional centres were provided with access to the internet and medical information systems. Paperless medical records have been introduced in 99 percent of organisations. More than two million people use mobile apps for patients. As a result, visits to hospitals were reduced two-fold and queues decreased by 60 percent,” he said.

The ministry set task to reduce meningitis and measles. The trainings were held in the medical institutions. The committee for the protection of public health organises the campaign on prevention and vaccination among the population.

The level of health shows that people do not pay much attention to this issue and expect more from medical workers. Due to this “incentives are aimed at prevention, vaccination.”

“We made a decision to expand measles vaccination. In addition to vaccinating children twice, we moved the terms by nine months. We started to get vaccinated earlier as the children are born from unvaccinated mothers without immunity and to reduce the risk. We also started vaccinating young mothers and purchased additional vaccines,” the minister noted.