By Dilshat Zhussupova in Business on 10 April 2019

NUR-SULTAN – The Kazakh Government has provided social assistance for 282,000 people totaling 9.3 billion tenge (US$24.44 million) this year and plans to spend another 83 billion tenge (US$218.12 million) to assist 821,000 more people by year’s end, said Kazakh Minister of Labour and Social Protection Berdybek Saparbayev at an April 9 government meeting. 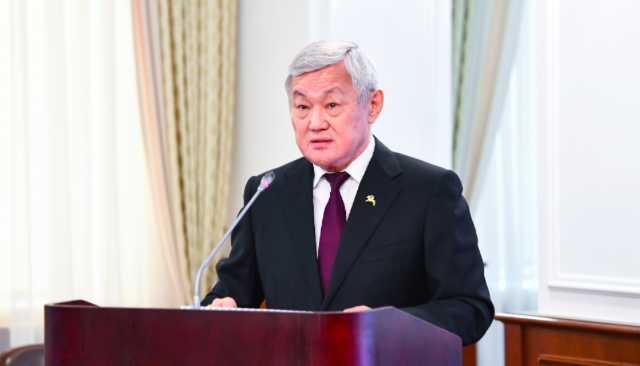 “The implementation of Elbasy’s (Leader of the Nation, the constitutional title accorded to Former President Nursultan Nazarbayev) new social measures Aleumetyk Kamkorlyk (Social Care) was launched and the legislation was amended accordingly. Documents for targeted social assistance are being accepted everywhere since April 1,” said the minister.

Five hundred billion tenge (US$1.31 billion) from the national budget will be allocated for rental housing and soft loans through Zhilstroisberbank for 58,000 families.

“According to the akimats (local administrations), there are 340,400 large families in the country. The national budget provides funds for building rental housing and issuing soft loans, as well as for providing assistance to socially vulnerable categories of citizens. I believe that the housing constructed at the expense of the budget will have a positive effect on reducing the number of people on the waiting list of low-income and large families,” noted Saparbayev.

“However, one should not rely exclusively on the state,” said Saparbayev. “Akims (governors) of regions, heads of companies and citizens, for whom social responsibility is not just a trend but the foundation of the country’s sustainable development, must also contribute [to supporting socially vulnerable groups].”

“Corporate social responsibility should be perceived in society as an effective tool for enhancing a company’s reputation because it is a voluntary contribution by the business to the country’s socio-economic development,” he added, appealing to the business community.

Outreach work on the new social measures includes visits to the country’s regions, during which people receive their information directly from the Kazakh Ministry of Labour and Social Protection. The ministry also launched a hotline at call centre 111 to answer queries on applying for and receiving targeted social assistance.