NUR-SULTAN – The country will keep Astana name as world known brand and renaming process will be gradual and not expensive. The capital residents don’t need to change their documents.

“In his first speech a President of Kazakhstan, Kazakh President, Kassym-Jomart Tokayev gave a very clear rationale: renaming the capital is an acknowledgment of the historical merit of the Leader of the Nation and a way to perpetuate his name. Another thing is that the renaming process itself will not be as radical as many people think. In total, the akimat (the capital administration) will choose the most inexpensive way for the renaming using the state budget. No one sets the task to change all banners, signs and announcements in one day. This will not happen,” Minister of Information and Social Development Dauren Abayev said in the Open Dialogue programme on Khabar TV channel. 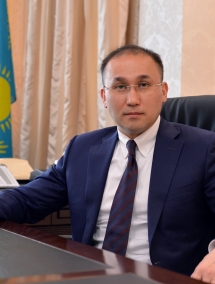 According to him, all well known objects of the city will retain their name.

“All key objects of the city – Astana Opera, Astana Arena, sports clubs, Astana TV channel and others will not change their names. We will also keep, which is very important, the international brand Astana. For example, Astana International Financial Centre, Air Astana, the Astana team, the Astana Arlans sports team – all of them will keep their names,” he said.

Abayev highlighted that the country will keep Astana as the world-famous brand and will develop a new brand with a huge potential – Nur-Sultan.

“As the city akim correctly noted today, the word of Astana is very convenient for us, because it means capital. For example, in Kazakh we will continue to call the residents of our capital ‘astanalyktar.’ We suggest doing the same in the Russian language – to call Astana residents – astanchane,” he explained.

The minister also drew attention to the fact that the general change of documents is not required for people living in Astana.

“Official documents, which indicate the old name of the capital will not lose their legal force. No one needs to go to the population serving centres and change them. The change of documents will take place strictly after their validity has expired,” Abayev added.