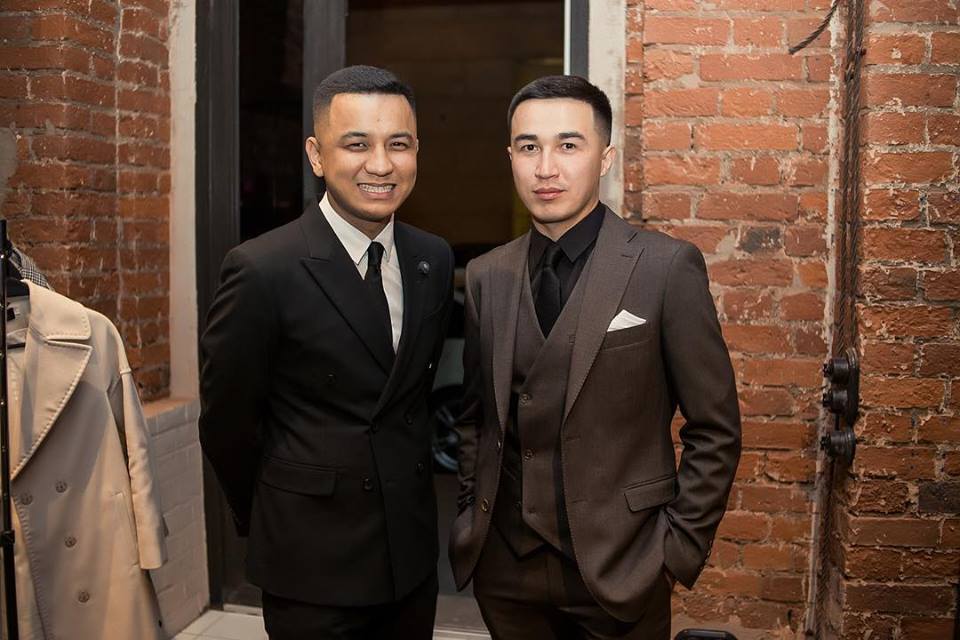 The team, in conjunction with the Kazakh producer Eric Tastembekov, founded Tumar Qazaqstan in 2016. In January 2017, they registered the Tumar trademark of men’s watches and launched sales. As the product met market demands, the entrepreneurs decided to create a clothing line under the Shoqan by Shoqan Ualikhanov brand, reported forbes.kz.

“An additional proposal, which was incorporated in the price of the product, played its role. For 15,000 tenge (US$39.50), the buyer received a set of watches, a brand pen and a leather purse in a gift box. We successfully chose the moment to start sales, which was on the eve of Feb. 23 (Defender of the Fatherland Day in Russia, and still traditionally celebrated in Kazakhstan as an informal Men’s Day), and the first set of 1,000 quickly sold out in six weeks,” said Magzumov.

The entrepreneurs chose to produce men’s suits due to their interest and love of fashionable classic clothing and desire to prove that high quality, stylish items can be produced in Kazakhstan.

“Talking about the Shoqan brand, the main idea is to instil the culture of wearing a suit as casual wear in Kazakhstan. We want to prove that it is fashionable, beautiful and comfortable. In the wardrobe of a modern man, there is a place for several suits. In this case, a high quality product does not necessarily have to cost unthinkable money. At the same time, it is not quite true to say that we want to conquer the mass market. The target audience of Shoqan is ambitious people who know their value and want to look stylish,” said the entrepreneurs.

The company’s name was not chosen accidentally. Shoqan Ualikhanov was a prominent 19th-century intellectual and they wanted to pay a tribute to the Kazakh scholar.

The company subsequently decided to expand production with leather shoes, shirts and other accessories creating a unique place for costumers, where they can fully create their look with professional help.

The company has 11 boutique studios, two sewing production facilities in Kazakhstan and China and 30 employees. It works in ten Kazakh cities – Aktobe, Almaty, Atyrau, Karaganda, Oskemen, Oral, Petropavlovsk, Shymkent, Taraz and the capital – and recently opened a branch in Moscow.

Nearly 70 percent of its products, including shoes, are currently manufactured in modern factories in China, while individual tailoring and corporate orders are completed in Kazakhstan.

“Thanks to Nursultan and Ulugbek, who always supported me, Shoqan is a brand of a new generation of man’s style – elegant, self-confident, capable and stimulating,” noted Kudaibergen on the company website.

“I liked the boutique [of Shoqan]. They help you to choose a suit according to your body type, eye colour and hair. I really liked the costume that they picked for me. It is of a good quality and fits perfectly. Thanks to my friends from Shoqan suits!” added Madi.

The company uses Australian wool and Caucasian merino wool for its suits and local tanning raw materials for shoes and bags.

“Tourists from Australia and the United Kingdom did not believe their eyes when they saw pure wool costumes for less than $300. They bought several sets at once and wondered if we were planning to open a store in their homeland. Well, having lived for six months in Moscow, we got an idea of what kind of clothes Russian customers would like to buy. We have created a trend and are working with an audience that understands us,” said Sharipov.

The founders have developed a partner package. When investing in construction of a Shoqan store, the company provides marketing and operational support. In the future, they plan to offer full-fledged franchises.