By Nazira Kozhanova in Culture on 11 April 2019

NUR-SULTAN – Kazakh poet Ilyas Zhansugurov’s poem “Kulager” has been translated into English to celebrate his 125th birthday. The translation, completed by English poet and translator Belinda Cooke, was presented April 5 at the National Academic Library of Kazakhstan, reported Kazinform. 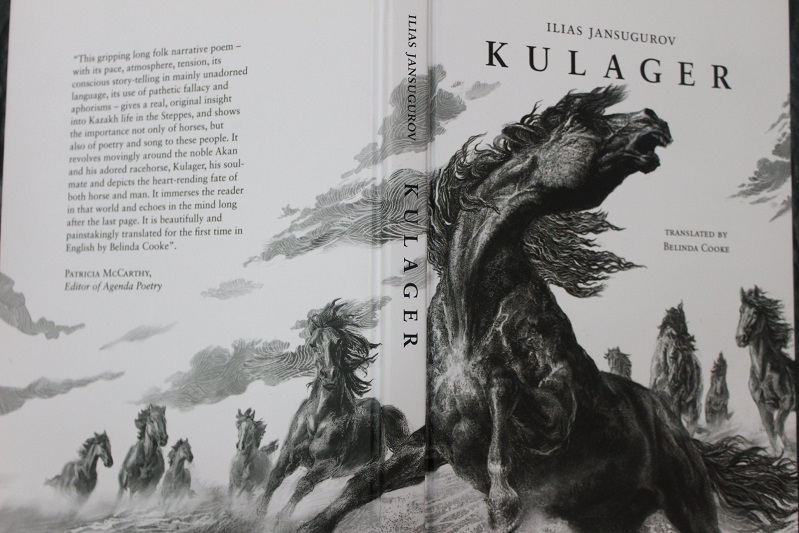 The Ilyas Zhansugurov Fund trusted the translation to Cooke, who transcribed the works of Zhansugurov’s contemporaries, Russian poets Osip Mandelstam, Boris Pasternak and Marina Tsvetayeva. The poem was originally translated line-by-line from its original Kazakh by a team of consultants fluent in Kazakh and English, but Cooke returned the poetic form and metaphorical sound.

Cooke immersed herself into Kazakh culture in an effort to convey the emotions in “Kulager”, Zhansugurov’s niece Zhanar Jandosova told Kazakh TV.

“Belinda had to spend some time here, drive to Akan Sery’s grave and go to Borovoye and Zerenda. She saw the places where it all happened and then she understood this feeling when she tried kumys (fermented mare’s milk) and besbarmak (meat and noodles); when she learned about our hospitality, hiked in the mountains,” she said.

“Earlier, this poem was translated into Russian and German. Each translator put his or her soul in their translation and I would like to say that there is a part of my soul in an English translation of ‘Kulager.’ Belinda Cooke needed help understanding some Kazakh phrases because the poem was originally written in Kazakh. For example, ‘tabakshylar’ [is a] word that means young people carrying trays of traditional food. We decided to translate it as ‘waiters’, but we kept ‘tabak’ [traditional Kazakh large plate] in the same sentence,” she said.

“In my opinion, the world today knows very little about Kazakh literature, so it’s important to introduce contemporary Kazakh literature, 20th century literature and classic literature. I think that the best novels and poems in Kazakh have to be translated into English and other world languages. In this sense, the ‘Kulager’ poem translation is very important. I plan to share this book with my colleagues and students. It will only be right if they read it,” he said.

The effort was sponsored by the National Translation Bureau, with the goal of making Kazakh literature available for the international public.