By Nazira Kozhanova in Business on 28 April 2019

NUR-SULTAN – Hydroponic greenhouses that started as a hobby are now in the fresh pesto business. The project supplies shops in Almaty and the capital and is meeting the cities’ growing demand for the basil, nut and garlic sauce. 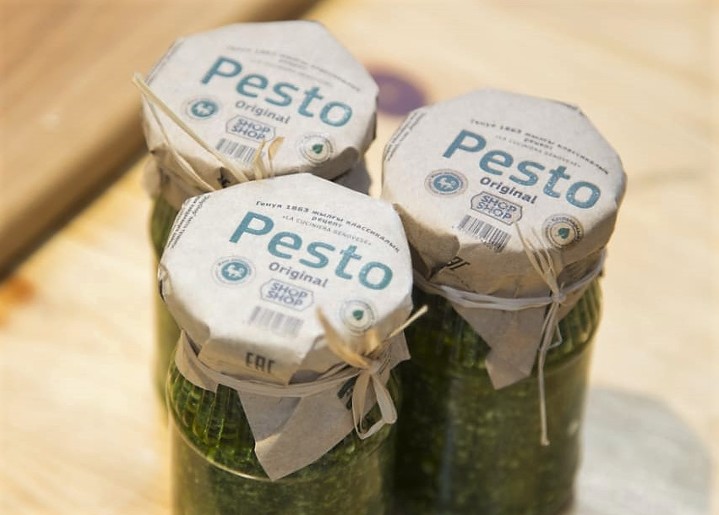 The ShöpShop brand (Shöp meaning grass in Kazakh) was launched by Daniyar Takishev, Yerzhan Toltayev and Rauan Userkul, none of whom had any farming experience but saw how scarce and expensive fresh greens are during Kazakhstan’s winter months.

In 2016, the trio built their first greenhouse using a 40-foot maritime container and instructions from the Internet. The next year, they constructed a 300-square meter greenhouse in the Kulager region of Almaty and the MSU mathematics alumni decided to change their career direction.

“Each one of us had hit a ceiling in our work and we wanted to do our own thing, to be independent. We decided to grow greens using a hydroponics system. It’s a responsible usage of water and rational usage of soil and electric energy. We love all that is good for people,” Toltayev told Forbes KZ.

Despite its benefits, hydroponics is not common in Kazakhstan, he said to Vecher KZ.

“Hydroponics allows us to grow up to four times more produce in the same area as conventional greenhouses. In Kazakhstan, not many people are aware of it and there is a lack of trust towards it,” he noted.

The growers eventually decided to use their basil to make pesto based on an 1863 Italian recipe they found online. They wanted to manufacture a product without any preservatives or artificial flavours.

“In Kazakhstan, pesto is not a mass product, but when people try our sauce at fairs, they love it. Those who buy imported sauce, they say they can taste the difference,” he added.

Fellow MSU alum Arman Tapashev, an economist from Kostanai, and Bolat Tynymbayev, an IT consultant from Koshetau, are the businesspersons behind the greenhouse in the capital. The project was initially proposed as a fresh greens business, but transporting product was difficult. The trio changed its plan and opened the ShöpShop franchise.

“Pesto sauce has already become popular in Almaty and many people in Astana come to the stores and ask for product that was made in Kazakhstan. Our sauce is made of fresh basil using a traditional recipe and contains no preservatives or artificial flavours. There are no analogues to this sauce in Astana,” Tapashev told WeProject, referring to the previous name of the Kazakh capital.

Pesto is available through @theshopshopkz and @theshopshop_astana Instagram accounts and is occasionally sold at food fairs. The Almaty branch has also started selling its goods at Bekker, Carefood and Gastromarket supermarkets.