NUR-SULTAN – The inaugural Edmund Muskie Alumni Conference was held in the capital March 29-30 to enhance connection and inspire ideas by creating common ground for dialogue and exchange. The event was organised by Cultural Vistas, a non-profit exchange organisation, with the support of the United States Department of State and the U.S. Embassy in Kazakhstan. 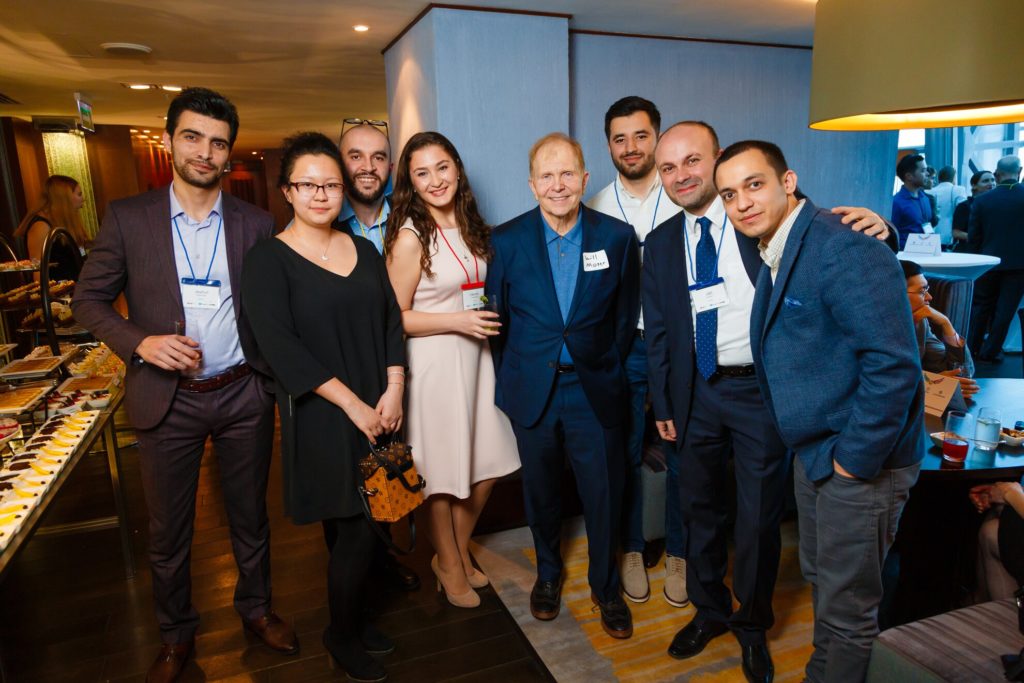 “The Muskie Internship Programme has multiple goals and building an alumni network is one of these goals that is becoming more and more important as the programme grows. It is easy to gather them in the United States, but it’s hard to do it afterwards. They are not only coming from different countries, but their professional careers are different, so it’s hard to find some common ground. So, the idea of the event is to gather everybody and create a network, hopefully making it a tradition for using the power of networking, sharing experience and creating new ideas. We hope these ideas will be created as a final outcome and we can showcase the success of the programme,” Cultural Vistas Exchange Visitor and Grant Programmes Senior Programme Officer Anastasia Futrell told The Astana Times.

The conference helped to connect alumni of different ages.

“Usually, the people within each group stay close and they continue to strengthen their relationship… But they still don’t have access to that greater network. In this case, we did bring members of each of the past four years,” said Exchange Visitor and Grant Programmes Director Paul Champaloux.

“I think it is great proof how important it is to meet in person. We can do many things online, but events like this show nothing can substitute an in-person meeting and connecting on a personal level,” added Futrell.

The number of alumni will reach approximately 250 this year and the organisers noted they are willing to develop and improve supporting mechanisms for them.

“Alumni are a great source of ideas. They are so eager to change and do something, initiate something; thus, it also drives us towards thinking what else we could do,” said Futrell.

As part of the conference programme, 77 alumni from Eastern Europe, Central Asia and the Caucasus participated in city tours and ethno-cultural activities.

“I did my Master’s at the University of Missouri as a Fulbright student and now I’m doing my PhD at Colorado State University in agricultural economics. This is my first time in Kazakhstan and Central Asia. This is exciting. I must say I’m impressed with the city… buildings and [especially] bike lanes. They are everywhere. It caught my attention. I’m impressed that there is so much support to promote biking in the city. I think other countries should follow that. It is environmentally sustainable and healthy,” said Armenian participant Armen Ghazaryan.

Half of the participants shared their professional achievements, ideas and concerns through 10-minute presentations on pre-chosen topics.

“Through my presentation, I wanted to share how much librarians contribute to the development of their communities; to underline the uniqueness of the librarianship at the intersection of education, social work, intellectual freedom and openness. Librarians bring community members together in an enthusiastic and engaging manner. It was important to me to show real-life examples to support how librarians bring a positive change in their communities on a daily basis. This resonates with my understanding of the profession. My hope was that the audience would reconsider their perception of the library profession and try to see the librarians as allies and supporters of their ideas and projects,” said Nurganym Agzamova, of Kazakhstan. 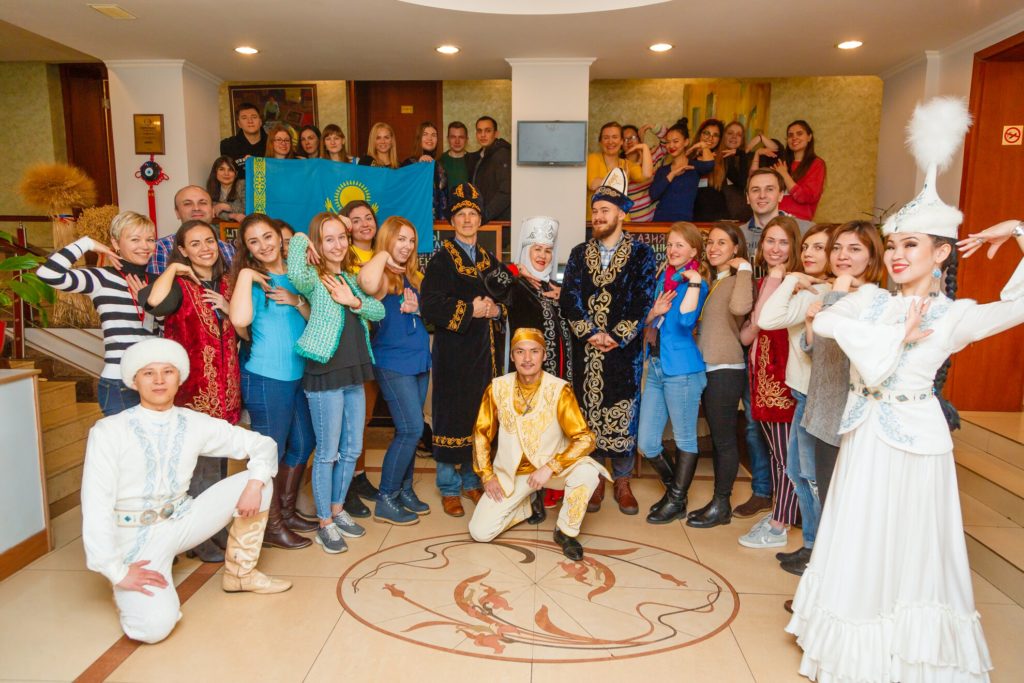 In addition to the presentations and networking activities, participants received an Insights Discovery Personality Profile, Carl Jung’s psychometric tool aimed at helping people understand themselves and others and make the most of workplace relationships.

They also shared their impressions from studying in the United States. Many stressed their experiences helped them to make comparisons and learn from the new environment.

“First of all, networking. There are many amazing people from different fields who I do not normally meet in my daily life. It’s good to see people from various countries. [Secondly, people] have the opportunity to work in different agencies [of the United States] learning policy tools, research… and taking that example and bringing it to our countries. It’s just fascinating,” said Ghazaryan.

“It had a positive effect on my career. At the moment, I am working at Nazarbayev University in the field of reforming higher education. My study helped in developing my skills and abilities in research and in networking not only with programme participants… but with professors,” said Sanzhar Baizhanov, of Kazakhstan.

The participants also talked about their impressions of the conference.

“Here are approximately 80 people [at the event] from all years of the Muskie Programme. It’s a great opportunity to meet other Muskie students and do networking, which is good both for personal and career development,” said Ghazaryan.

“The event has been organised well and gave the participants enough time to interact with one another. I really enjoyed the presentations by other Muskie Alumnus; the wide range of topics covered so many things – from humanitarian aid and cultural heritage preservation to teaching practices and methods of personal effectiveness. I learned a lot through the Discovery Insights workshop, which offered a new perspective on my work and leadership style. I will probably need to set aside more time to reflect about the results and set new goals for the future based on what I learned from the training,” added Agzamova.

The conference ended with a reception celebrating the continuous collaboration between the United States and the programme countries. Attendees included representatives from the U.S. Embassy in the capital and other local organisations and United States Ambassador William Moser spoke to open the gathering. 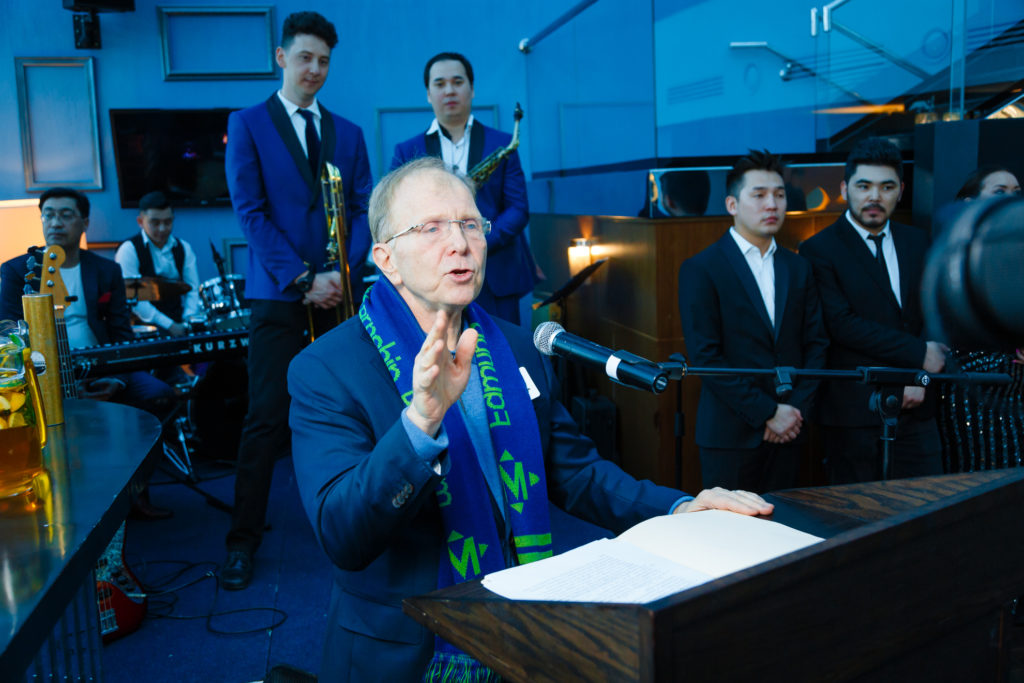 “I’m happy to see all your enthusiasm… and have a chance to talk with you while you are here… We really believe that you are representative of the future of your countries in your various fields. We sincerely believe in that, because the people of the United States sent you to the United States as you were the most talented and capable. We believe that our exchange programmes and just the experience of going to the United States are so powerful that you will have an experience that will ground an influence on your life and we hope that you’ll become our lasting friends,” he said.

Cultural Vistas is an American non-profit organisation that helps the government implement exchange programmes for Americans citizens and those of other countries. The Muskie Internship Programme, initiated in 2015, is a summer internship for current Fulbright students from 12 eligible countries of Eastern Europe, Central Asia and the Caucasus. Every year, the selection committee chooses 50 students for the programme.