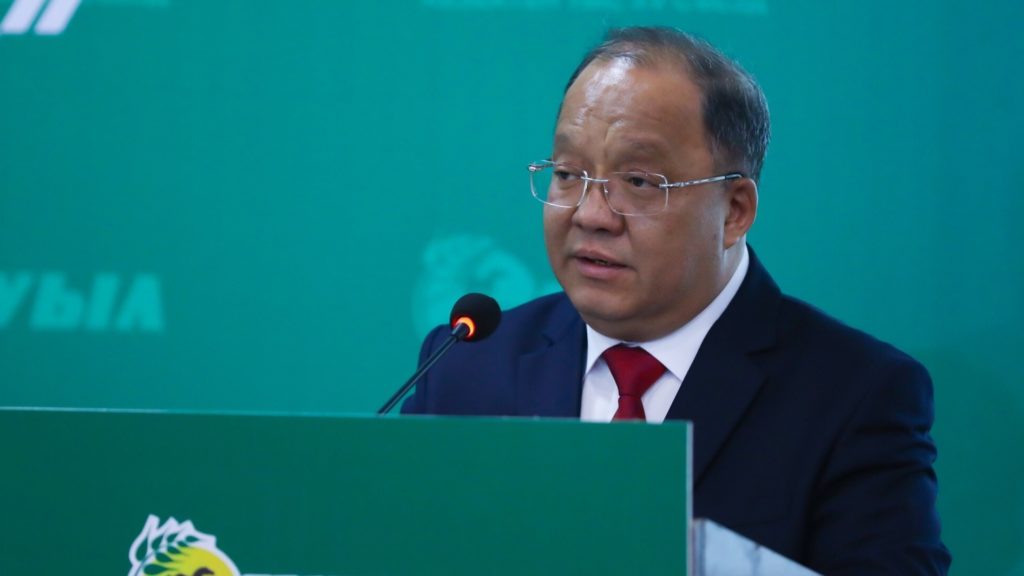 “We have discussed who would be nominated as a presidential candidate from the party since the first days of the announcement of the election. We held consultations with members of the presidium of the political council and experts. There were different opinions and disputes. Then we came to a common opinion… Our party is a people’s party. We feel the socio-political situation in the country and we can participate in the most important political events. And for this, the party has both personnel and material capabilities,” said Bektayev.

“I worked in different areas,” Rakhimbekov pointed out at the congress. “I was engaged in business activities for approximately 10 years. I worked as a deputy mayor of a mining town and was responsible for housing and utilities issues. This experience allowed me to study problems not only in agriculture, but also problems of urban improvement, utility networks and housing and utilities services. We are on the threshold of an important election campaign. I am convinced that [Auyl’s platform’s] goals and objectives meet the aspirations of our citizens due to their unity and solidarity.”

A native of the Karaganda region, Rakhimbekov, 55, graduated from the Kazakh Agricultural Institute in 1986 and received a law diploma from the Buketov Karaganda State University in 2001.

He is a member of the Kazakhstan National Academy of Sciences and has a doctorate in economics. He started his career as a junior researcher at the Kazakh Agricultural Institute in 1986. He worked as deputy akim (mayor) of Satpayev town for several years.

He previously served at the Ministry of Agriculture and the Ministry of Transport and Communications and was an advisor to the deputy prime minister. He has served as chair of the Kazakhstan Centre for Housing and Public Utilities Modernisation and Development company, deputy akim (governor) of the Karaganda region, chair of the National Chamber of Housing and Communal Services and Construction, director of the Centre for Agricultural Competences at the National Chamber of Entrepreneurs and vice minister of agriculture.

He has also been a member of the board of directors for the Fund for the Support of Agriculture, the Agrarian Credit Corporation, KazAgromarketing and Kazakhenergoexpertiza.