By Elya Altynsarina in International on 28 April 2019

NUR-SULTAN – Parties to the 12th round of Astana Process Syrian peace talks April 26 in the Kazakh capital continued efforts to launch a Constitutional Committee to bring peace to Syria. 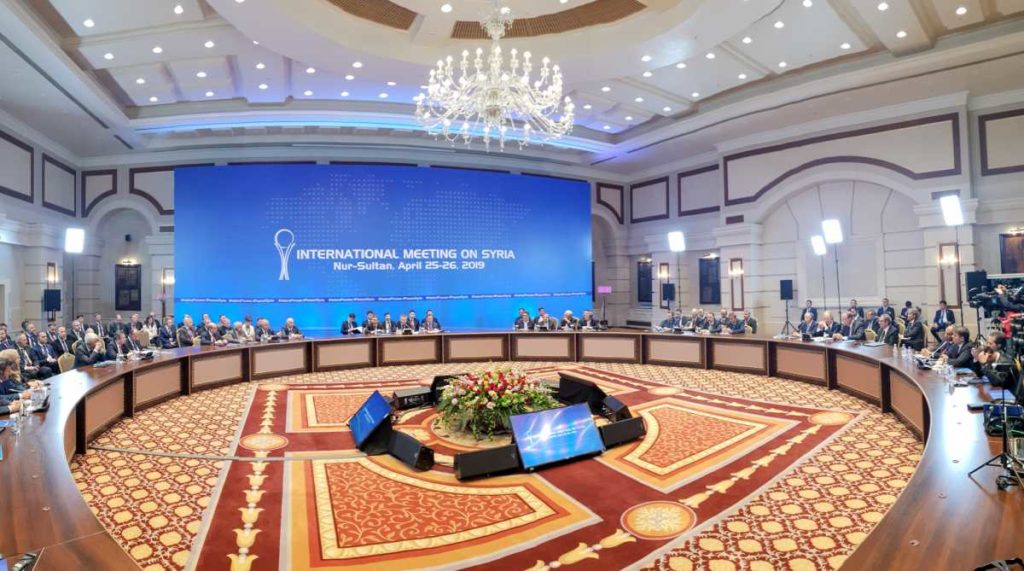 The committee is seen by the sides in the conflict as a way to achieve political reform and hold elections to unify the country.

Despite trilateral efforts and agreements reached in January 2018 during the Syrian National Dialogue Congress in Sochi, Russia, a final decision to launch the committee has not been reached.

Recently appointed United Nations Secretary-General Special Envoy for Syria Geir O. Pedersen participated in the most recent two-day talks in Nur-Sultan and said the parties will hasten efforts to launch the Constitutional Committee as soon as possible.

Pedersen left open the possibility another meeting might take place in Geneva before consensus on the committee is reached. The Astana Process talks are meant to enhance the efforts of the Geneva talks.

The situation in Syria’s Idlib de-escalation area was also discussed during the talks and remains a serious concern. Nearly three million people remain under control of the former affiliate of Al-Qaeda, a terrorist organisation Hayat Tahrir al-Sham.

The Astana Process guarantor states Turkey, Russia and Iran reaffirmed their determination to maintain previous agreements to stabilise Idlib and committed to enhance the patrolling and functioning of the Joint Iranian-Russian-Turkish Coordination Centre there. These and other measures would seek to reduce violations in the Idlib de-escalation area.

The sides called upon the international community to continue supporting Syrians and expediting humanitarian aid and recovery projects without any preconditions.

In a joint statement adopted by the three guarantor states, the sides suggested increasing the number of observers of the Astana format and agreed to invite Iraq and Lebanon to join the Astana format.

The next round of Astana Process talks will take place in Nur-Sultan in July.