ASTANA – Using skis and ice skates, Norwegian William Byholt is in the midst of crossing Balkhash Lake in central Kazakhstan for the first time in the nation’s history. The solo expedition, supported by the Kazakh Geographic Society, started Feb. 20 and is expected to take 20-23 days, said Kazakh Geographic Society project manager Magzhan Sagimbayev. 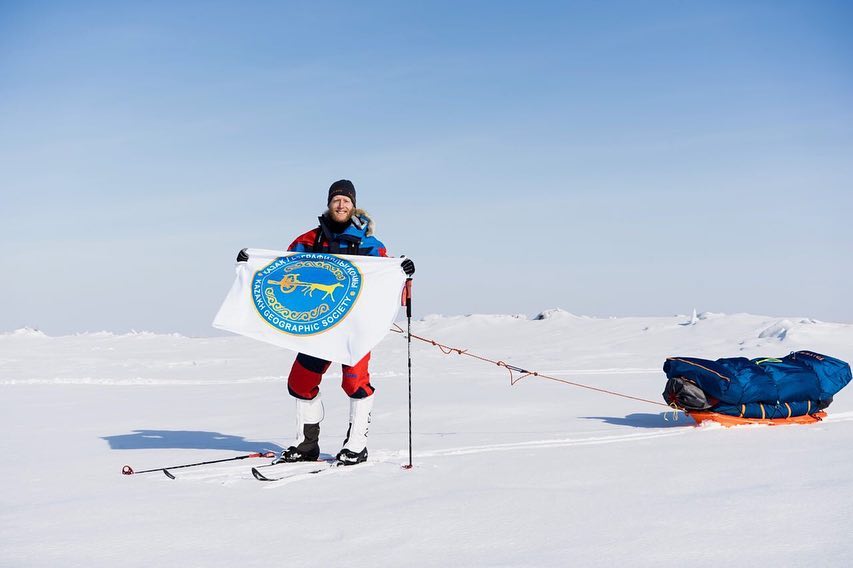 William Byholt before the start of the expedition. Photo credit: KazGeo.

Byholt, 27, is an explorer and traveller. He has summited such peaks as Mont Blanc (4,810 metres) and Huyana Potosí (6,088 metres) in addition to mountains in Armenia, Georgia, India, Nepal, Peru and Venezuela. 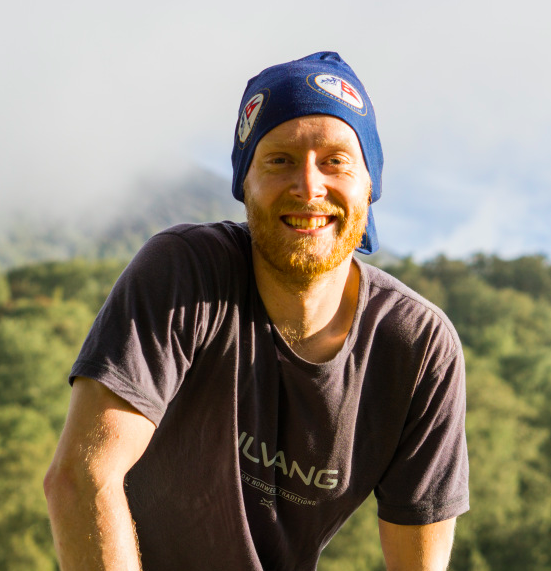 He is also the first Norwegian to complete the Indonesian seven summits. His most recent achievement is his January ascent of Aconcagua (6,962 metres), the highest peak in South America.

Byholt began preparations for the trip six months ago. His research eventually led him to Magzhan Sagimbayev, an experienced mountaineer and traveller well-known in Kazakhstan and beyond, who is also working for the Kazakh Geographic Society.

“I then contacted him on Facebook and at first suggested doing it together, but he said he wanted to do it solo, without assistance. I agreed. I decided to help him in organising it. There were many questions regarding wild animals, fuel, route, drinking water. I contacted our society and suggested this project. They approved,” Sagimbayev told The Astana Times.

Byholt spoke about his previous travelling experience during a presentation in Almaty preceding the expedition.

“As he said during the lecture, he was once just sitting and saw Kazakhstan and Balkhash on the map. He became interested in it due to its interesting composition,” said Sagimbayev.

The lake, located amidst diverse landscapes bordering the Almaty, Karaganda and Zhambyl regions, is known for the unique chemical composition of its waters. A narrow strait, 3.5 kilometres wide and six metres deep, divides the lake into fresh and salty sections. 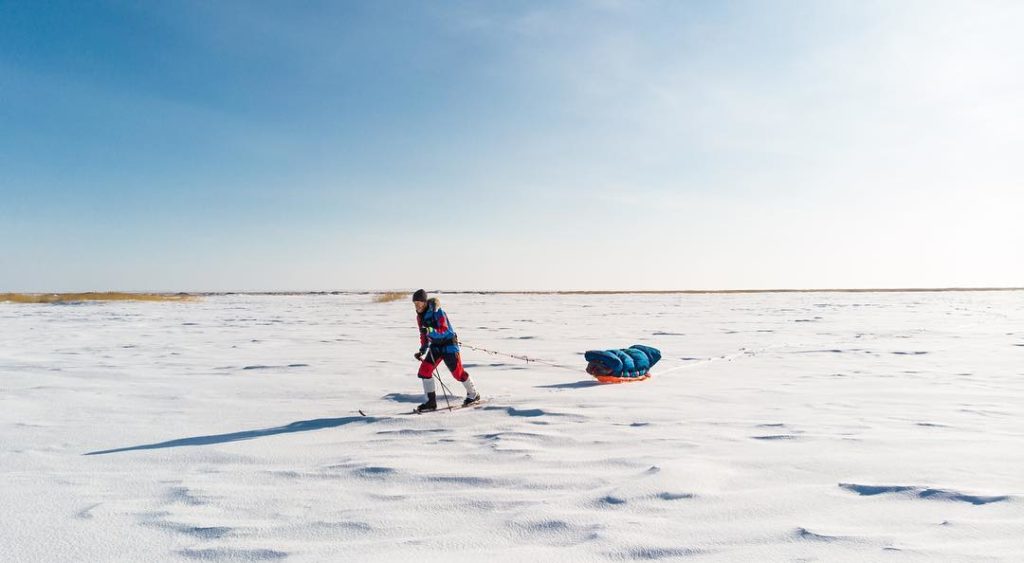 Byholt will cover 570 kilometres on his east-west route, trekking approximately 25 kilometres per day. As of March, he has crossed 230 kilometres, almost half of the distance, and plans to finish the expedition by March 14. He was motivated by the feats of fellow countrypersons such as Roald Amundsen, the Norwegian explorer who led the first expedition to the South Pole in 1911 and flew over the North Pole in 1926.

“He said that such people inspire him and make him achieve something new, tap into something unexplored. His friend also crossed Baikal Lake [in Russia], but many know about Baikal,” said Sagimbayev.

“When we just arrived, the temperature was around ten degrees below Celsius. We were glad to see snow covering Balkhash, because there was a problem with water. He now melts ice and cooks using this snow. We were worried about wild animals and I still worry about this. This is quite a huge habitat for animals, particularly wolves,” he noted.

The rising temperature makes the route more difficult and decreases the pace.

“He wrote a message to me just a few days ago that he started going at night, as the weather is colder and it is more comfortable,” said Sagimbayev.

“We communicate via SMS. He has a tracker, inReach Explorer [Garmin] and also a portable satellite phone. I monitor his route through this tracker, his pace and his coordinates. We agreed on the coordinates where I will be taking him from. He has texted me once in four days,” said Sagimbayev.