By Aidana Yergaliyeva in Sports on 10 March 2019 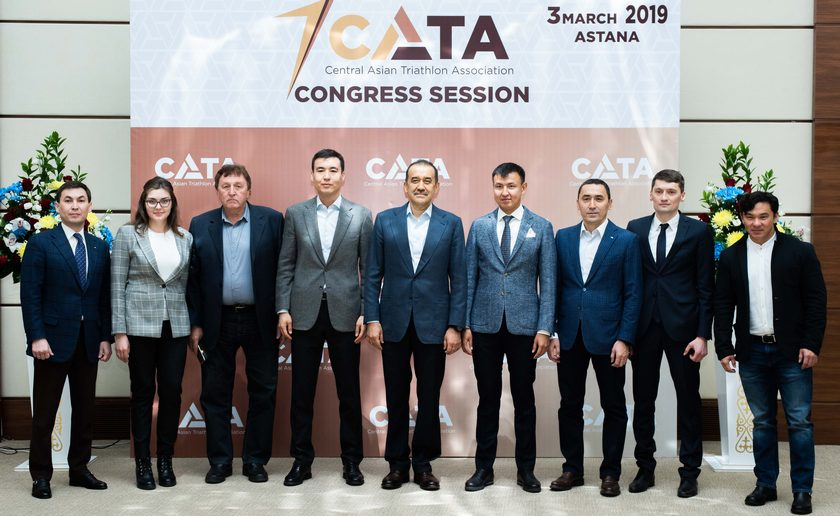 The parties signed a memorandum of cooperation and mutual understanding to develop and popularise the multi-race sport in the region, reported the National Olympic Committee press service. The association will ease communication between Central Asian athletes and organisers in sharing their experiences.

CATA members also agreed to combine their efforts to combat the use of substances and procedures prohibited by the World Anti-Doping Agency (WADA) and the International Triathlon Union (ITU).

In the last few years, the popularity of triathlon sports has been gaining momentum in the region, especially in Kazakhstan. The first amateur triathlon championship in the country was held in Almaty in 2015. In 2018, the country hosted world races such as Ironman 70.3 and ITU World Cup for the first time.

This year, amateur athletes can participate in 16 starts at Ironman 70.3 Astana, Temiradam Challenge and Almaty Open Championships. The first start of the season and first run of the Temiradam Challenge series (at distances of five and 10 kilometres) were held Feb. 24 in the capital’s triathlon park.

In February, Kazakh Women Tri Club Almaty launched its first free-of-charge classes with a professional coach to prepare women of all ages and training levels to participate in a triathlon.

Ironman 70.3 (also known as Half Ironman) is a triathlon race with an overall distance of 70.3 miles (113 kilometres). It is divided into swimming (1.9 kilometres), cycling (90 kilometres) and running (21 kilometres).