The cover of the album.

“Katrina Viloria performed a percussion part. She is from the Philippines and she often laughs that she is the first Filipina who participated in the recording of Kazakh folk songs in French. She teaches English at the Miras International School,” said Tyrina.

The duet won the grand prix at a festival in the capital performing Anna Herman’s “Echo of Love.”

“The musicians are able to sing in the original language with the same accent. We cannot define our singing genre. We play and sing Kazakh folk songs, jazz, world classical songs, songs from Soviet films and pop songs. But we have more Kazakh songs. We perform them in an acoustic version in our interpretation, trying to preserve authenticity and adding our own musical vision,” she added.

An engineer by occupation, Abdykasymova studied ecology and urban planning in Nantes (France) and received a business and management post-master’s degree as part of the Erasmus Mundus programme. She also participated in the Copernicus programme at the French Embassy in Kazakhstan. She currently works at the France-Kazakhstan Chamber of Commerce.

“I [have been] writing music since my teens and I play the guitar and the ukulele,” she said.

Tyrina graduated from Astana Polytechnic College, then became a reporter after studying at Omsk State University. 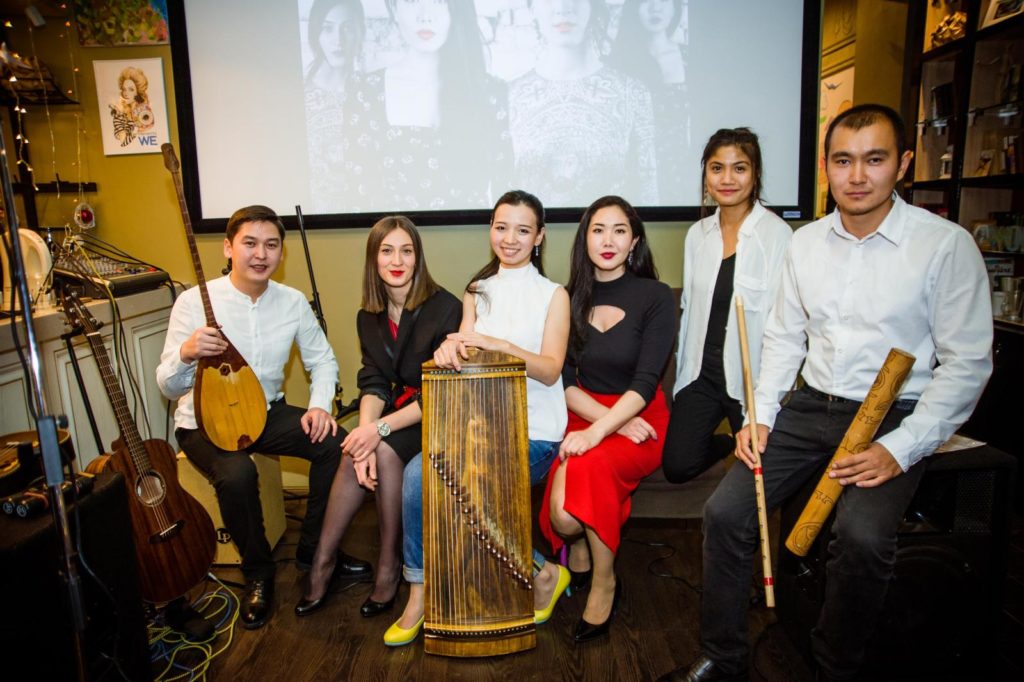 The members of the Almas duo project.

“I managed a music studio for three years. Unfortunately, difficult financial conditions forced me to leave this business, but I continue to conduct guitar lessons. I have been practicing music since I was seven years old, but I don’t have a professional music education. When I was 12, I started playing the guitar in the bard band,” she said.

The duet was founded in 2016. Its repertoire consists of songs in English, French, Italian, Kazakh, Polish, Portuguese, Russian, Spanish and Ukrainian.