By Aidana Yergaliyeva in International on 6 March 2019

ASTANA – The Ministry of Foreign Affairs presented a book called “New Faces of Kazakh Diplomacy” at the March 5 meeting with its contributors and the Institute of Diplomacy of the Public Administration Academy under the President. 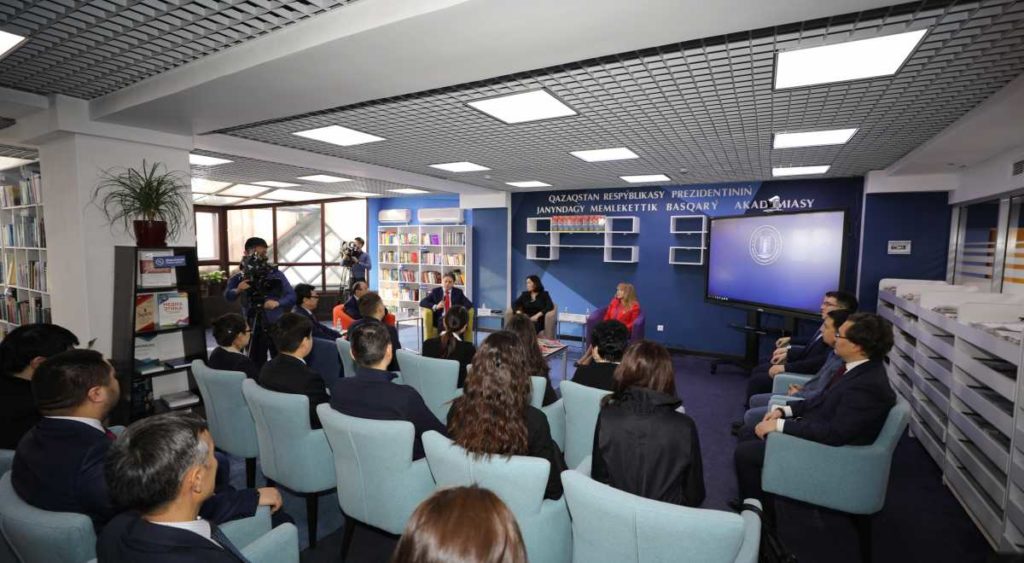 Presented as a part of events during the Kazakh Year of Youth, the book collects 26 interviews of young diplomats who share their experiences and visions of Kazakhstan’s diplomatic future.

“Our youth, the Independence Era generation, is well represented at the Ministry of Foreign Affairs. And their stories, their worldview are vividly presented in the book,” said Deputy Minister of Foreign Affairs Roman Vassilenko at the event.

The professional development of the younger generation is a Kazakh government priority. The young diplomats periodically receive qualification trainings at the academy and are able to receive Masters and PhD degrees from the Institute of Diplomacy. 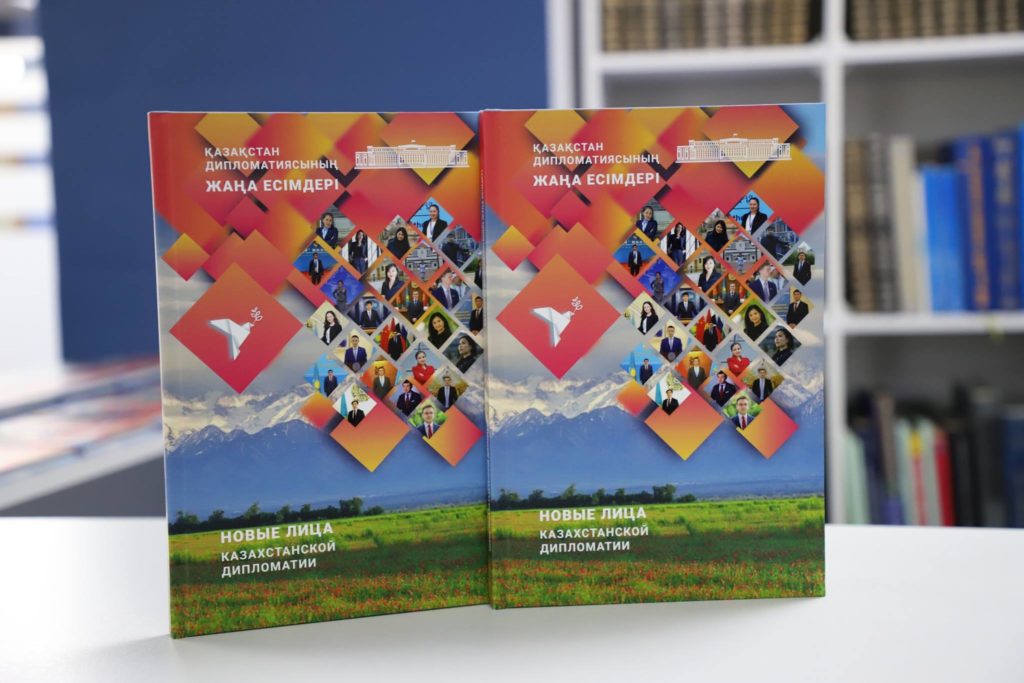 “We try to transform their minds, teach them new disciplines and to give them new knowledge. For example, the students of the Institute of Diplomacy are taking a very interesting course that is not commonly lectured. It is a Big Data analysis,” said Academy Vice President Aigul Kosherbayeva.

This year, the foreign ministry plans more activities to facilitate the professional growth of more young people interested in careers in diplomacy. The ministry will form a council of young diplomats that should work to provide more opportunities for them.

The agenda for this year also includes sending Kazakh youth to London’s Young Diplomats Forum in July. In addition to this, 10 best students will be offered sponsored internships in Germany, Japan, Egypt, China, France, Romania, Singapore, Indonesia, Chili and the Netherlands.

“The idea of conducting the Year of Youth is, first of all, a call to youth to show themselves more actively for the benefit of the motherland,” said Vassilenko. 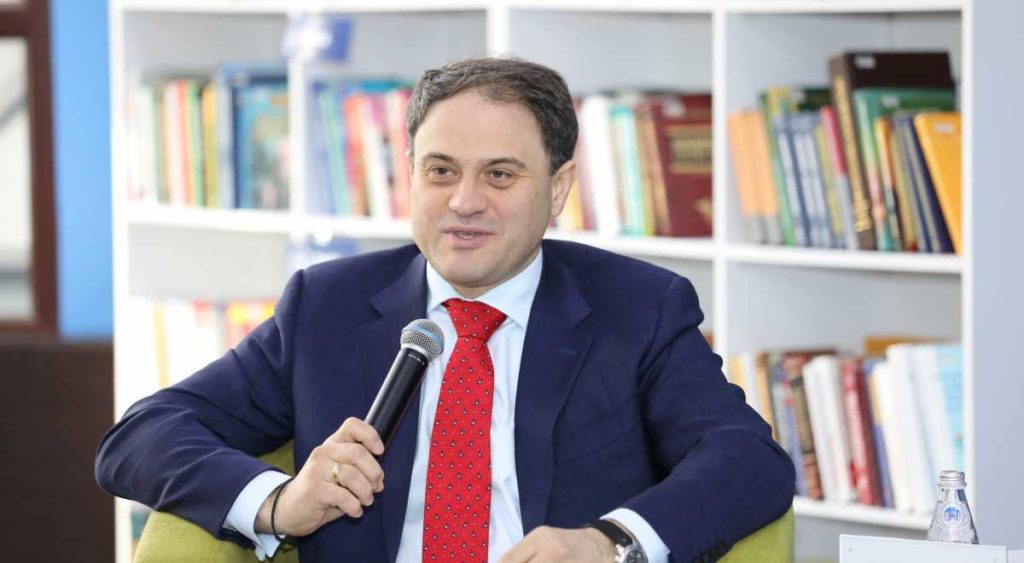 In a few decades, Kazakh diplomacy has made great strides, said the country’s foreign minister in 1991-1994 who was present at the event, Tuleitai Suleimenov.

It “had gone through the hardest times in the first years of independence. We had one computer for the entire ministry and now everyone has their own,” said Suleimenov as he extolled the youth to be proud of their country and its foreign policy. 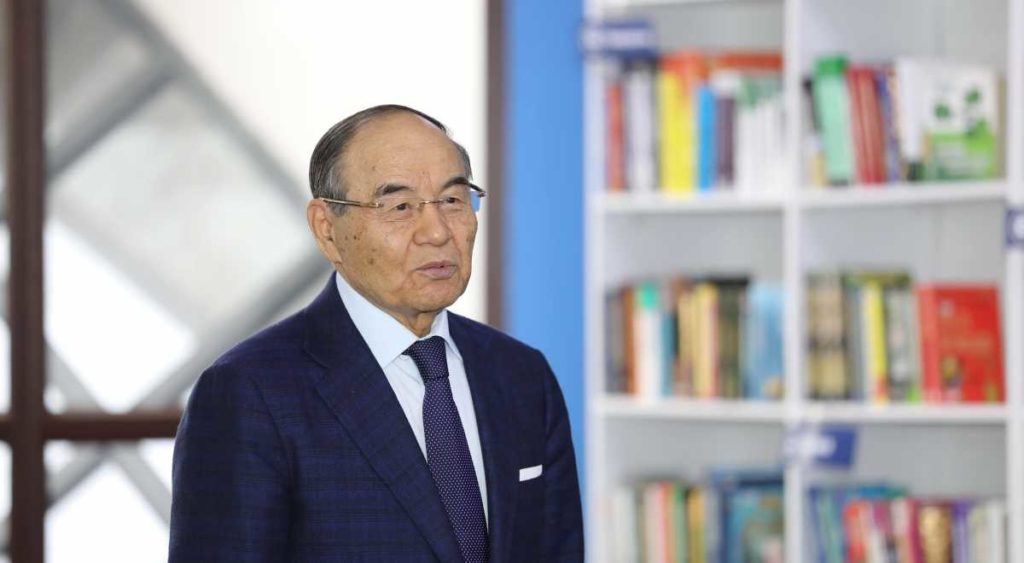 The meeting participants stressed the increasing importance of developing digital diplomacy. The promotion of the state bodies at the social media became a vital part of communication.

“In a rapidly changing world, where digital diplomacy, the struggle for technology, investment and markets and, yes, public opinion come to the forefront, , a young Kazakh diplomat must combine the already established traditions of our diplomacy and new trends, to which we need to adapt quickly to stay ahead of events and trends,” said the deputy foreign minister. 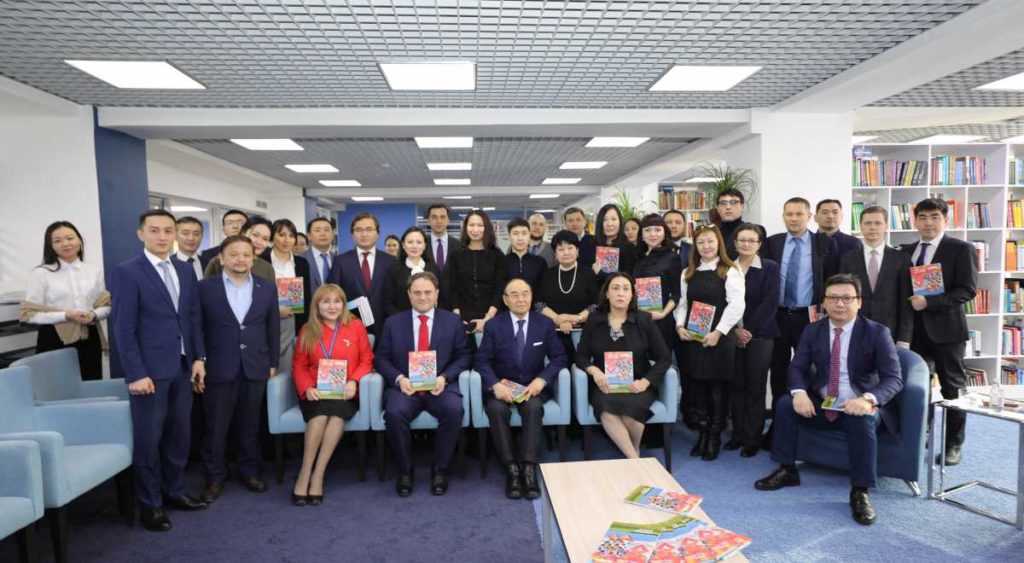