Hilton plans to open DoubleTree hotel in Almaty in 2020

NUR-SULTAN – Hilton Group plans to expand its presence in Kazakhstan with the first DoubleTree by Hilton hotel opening its doors in Almaty in 2020. 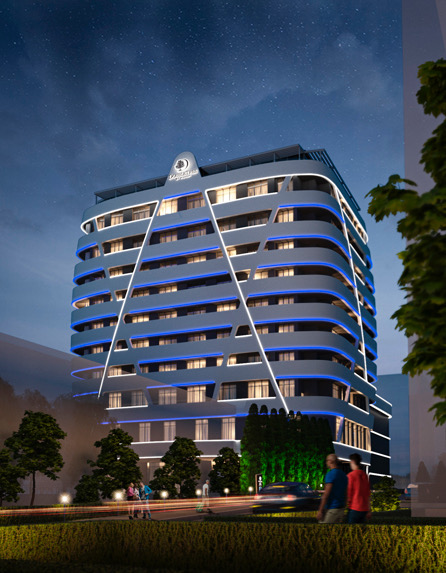 The new 112-room hotel will join 560 upscale hotels in 45 countries managed by DoubleTree by Hilton.

The eleven-floor hotel will be on a 16,000-square-metre lot along at 115 Dosmukhamedov Street. The location is in the foothills of the Trans-Ili Alatau mountains and within a five-minute walk to the Baikonur metro station, Almaty Central Stadium and Circus.

The hotel experience will include DoubleTree by Hilton’s signature chocolate chip cookie that has been part of the hotel’s branding since 1986.

The project is latest addition of Hilton Worldwide Group that opened Hampton by Hilton hotel, another hotel brand in the group chain, last year in Astana, adding to the already operating five-star Hilton Astana and Hilton Garden Inn Astana in the Kazakh capital.

The DoubleTree by Hilton will open under a franchise agreement with Kazakh company Abli Kurylys and its construction is being subsidised by the Kazakh government under the government’s Business Roadmap 2020 programme.

“Following our debut in Kazakhstan in 2014 with Hilton Garden Inn Astana, we have been pursuing further development opportunities here and in the wider CIS (Commonwealth of Independent States) region,” said Patrick Fitzgibbon, senior vice president for development, for EMEA (Europe, the Middle East and Africa) at Hilton, in February 2017, when the group announced its expansion plans.

“Having recently announced our first Hilton property in Georgia’s capital of Tblisi, Hilton’s brands are experiencing incredible momentum in this part of the world, and we’re pleased to be adding new properties in Astana and Almaty,” he said then.

“Almaty has long been a successful tourist destination with its untouched natural terrain and historical heritage. It is also a significant economic hub and remains the centre of commerce for Kazakhstan. As a business, we have worked hard to build a successful entertainment complex in the region, and we are delighted to now be working with Hilton on our first hotel project, which will bring much needed accommodation for the corporate and sports sectors,” he said.