By Dilshat Zhussupova in Sports on 7 March 2019 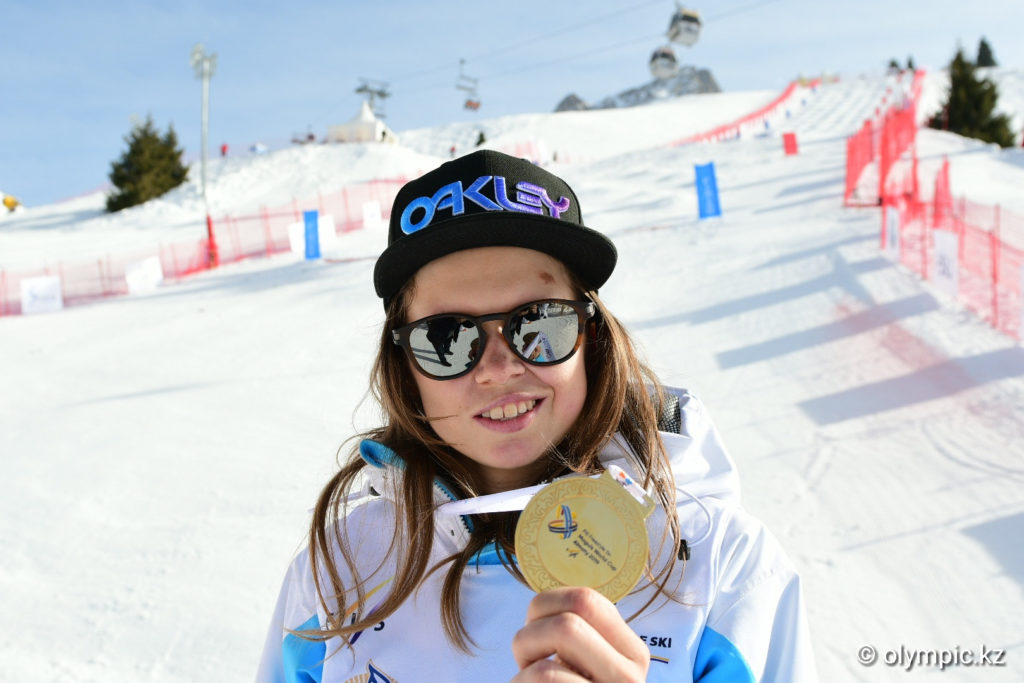 She earned first place in the moguls final stage with 79.69 points, followed by French skier Perrine Laffont with 79.11 points and Canadian skier Justine Dufour-Lapointe with 76.64 points.

“I could have performed better – I made a mistake on my jump,” said Galysheva, who competed with a shoulder injury, to the press service. “All top three athletes made mistakes, I just had the fewest.”

She now ranks fourth in moguls with 533 points. Ahead of her in the World Cup rankings are Anthony with 545 points, American skier Jaelin Kauf with 570 points and Laffont with 780 points.

The 2018-2019 FIS Freestyle Ski World Cup is the 40th World Cup season in freestyle skiing organised by FIS since 1980, featuring the disciplines such as moguls, aerials, ski cross, halfpipe, slopestyle and big air. The season began Sept. 7 and ends March 30.

“It is not my first time competing in Almaty so I am used to it,” said Galysheva on the Shymbulak ski facilities. “You can hear fans, which doesn’t happen abroad. They really liven up the place.”