Best university teacher is one of Kazakhstan’s 100 New Faces

ASTANA – Zhanar Baiseitova, winner of the best university teacher, has also been selected as one Kazakhstan’s 100 New Faces. The teacher from Pavlodar never ceases to improve, both personally and professionally. 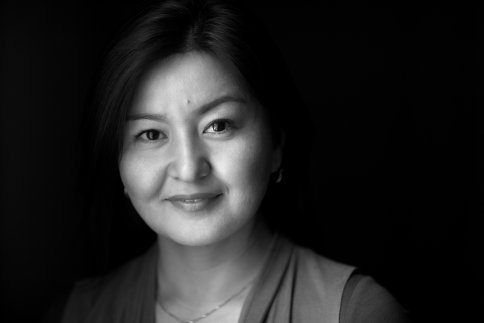 Baiseitova, who participates in scientific conferences at various levels, has published more than 120 articles. Four were included in magazines with non-zero impact factor in the Scopus database, which means the magazines are in good standing. The East West Association published two of her six teaching manuals, including the Association for Advocations and Higher Education, and her monograph “Deviant Behaviour: Theory and Practice” was released according to the results of scientific research conducted in 2015.

All of Baiseitova’s studies have been introduced into the educational and methodological process in Pavlodar’s schools and universities and are used to prepare students in pedagogical specialties for professional activities. She is also the winner of the state scientific scholarship for talented young Kazakh scientists.

“I was born in the Mayskoye village in the Pavlodar region. My college entrance after grade nine is largely due to my father. He was always [encouraging] me to develop, to study, to broaden my horizons and to see the world,” she said.

Baiseitova is constantly working to improve her personal, scientific and educational level. She has participated in scientific seminars, training courses and internships in Austria, the Czech Republic, Germany, Israel, Italy, Russia and Turkey.

“She is a person who passionately loves her profession. She is a talented teacher. Calmness, kindness and gentleness in communication easily help her to find a common language with any person. It is characterised by demanding self, integrity, diligence and accuracy in all that relates to the case. Her studies are emotional and unexpected. She conducts them at a high professional level, thanks to her pedagogical skills, and engages students in the wonderful world of self-knowledge and self-development. All her activities are like an interesting world filled with stories, life stories, parables and tasks that make you think and understand your feelings and actions,” said one of her students.

“For me as a teacher, the biggest reward is when students excel beyond me. This is an indicator of my work. I also want to note that after I became the winner of the 100 New Faces project, the sense of responsibility increased several times. Now, I have to be a real example. For me, this is an incentive to work even more and more efficiently,” said Baiseitova.