By Dilshat Zhussupova in Astana on 2 February 2019 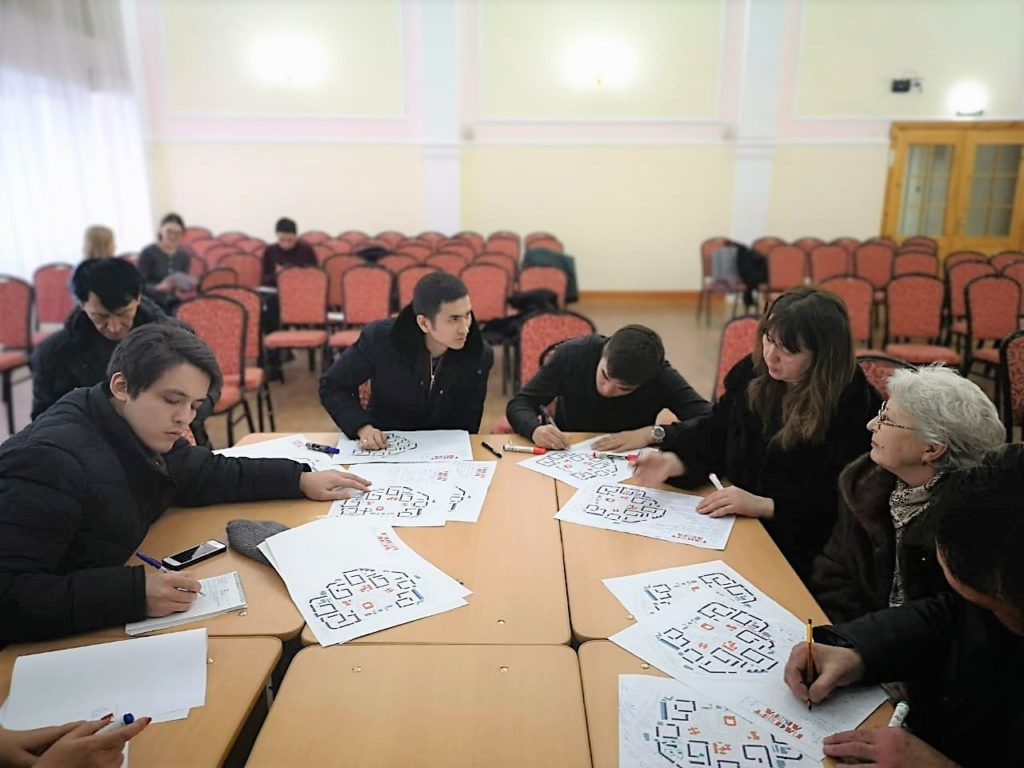 The project promotes dialogue among citizens as a tool to improve Astana’s urban environment.

The first stage of the project involved the distribution of the survey to gather residents’ concerns and suggestions. Classes in community dialogue were also offered Nov. 9-11 at Astana Urban Centre’s School for Moderators. The free training event centred on the skill of moderating and facilitating dialogue in a fair and impartial way so that participants understand each other’s position and work toward a joint solution.

The second stage involved a Jan. 19-20 project seminar for more than 60 residents guided by urbanism expert Svyatoslav Murunov. Discussion centred on identifying challenges faced in the city and areas for improvement. Residents, moderators and akimat representatives then formed project working groups. Group leaders and their teams were assigned a given courtyard in the city which they could explore and find residents to engage in their projects. Their group output will be a courtyard “passport” detailing the space, its users and their preferred social activities. Working groups and urbanism experts will design projects for courtyards based on these characterisations and launch these projects in the format of city workshops this spring.

Astana Urban Centre was established as part of the research and design institute Astanagenplan in September 2016 on the initiative of the then Astana Akim Asset Issekeshev to comprehensively and systematically transform the capital’s urban environment with tools borrowed from urban, sociological and anthropological disciplines. The centre carries out original data collection and research, as well as projects, forums, workshops and round tables. Its objectives are to involve residents in city planning and development, develop new urban planning approaches, collect, produce and disseminate knowledge on the city, develop and improve public spaces, engage experts, promote urban community development and create efficient and flexible platforms for dialogue on city development.