By Staff Report in International on 19 February 2019

ASTANA – The United Nations (UN) recently recognised an invention by Nazarbayev University (NU) scholars and students’ to rehabilitate patients after a stroke as among the world’s top 20 innovative solutions. 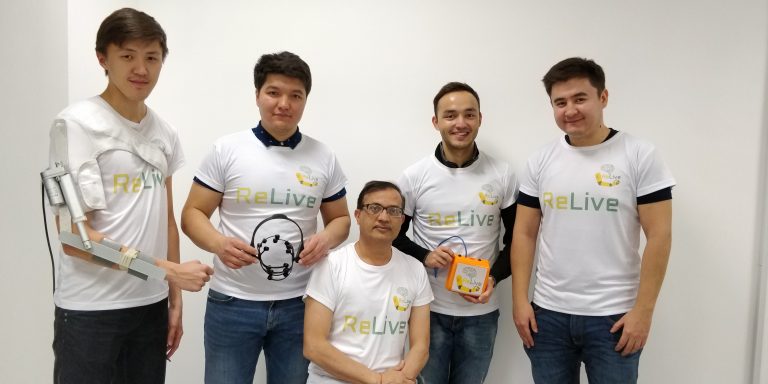 According to the NU press service, ReLive helps stroke victims recover more quickly. It includes equipment and software for reading and recognising brain signals, a microcontroller and an exoskeleton of the upper limbs. Brain signals are recorded by a mobile electroencephalograph and sent to a computer, allowing patients to mentally manage an exoskeleton. The prototype has undergone several test drives and was shown to be fully functional.

In recognition of their innovation, the project team was invited to participate in the UNICEF international exhibition on Assistive Technology in Accelerating Learning and Participation of Children with Disabilities in Geneva March 7-8. The event will include participants from more than 150 countries.

According to UNICEF, there are approximately 93 million children aged 14 or younger that live with a disability, and they often face challenges in enjoying their rights and are subject to discrimination and social exclusion. The international exhibition will promote the use of assistive technology for children in overcoming barriers in learning and participation. The exhibition is also organised around the Human Rights Council Session in March on the topic of “Empowering children with disabilities for the enjoyment of their human rights, including through inclusive education.”

Nazarbayev University is an English-medium autonomous educational and research university in Astana and was founded on Kazakh President Nursultan Nazarbayev’s initiative in 2010. It seeks to utilise the advantages of the national education system and the world’s best scientific and educational practices.