By Saltanat Boteu in Nation on 18 February 2019

ASTANA – The Kazakh Senate passed two laws aimed at modernising the judicial system, including qualitative developing and renewing of judicial personnel, strengthening guarantees of judges’ independence and eliminating illegitimate influence on them. 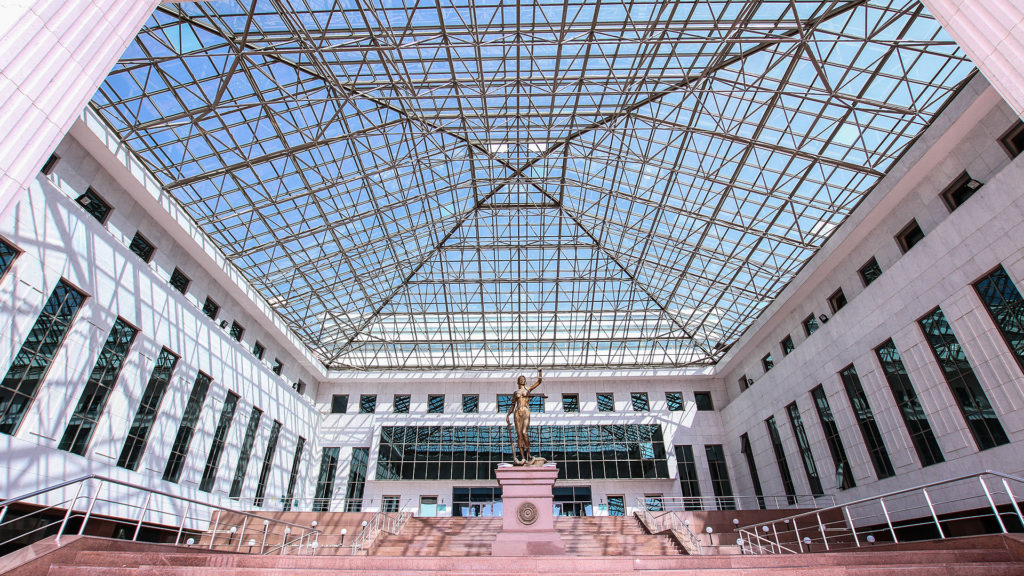 “All personnel issues are passed from the Supreme Court to the Supreme Judicial Council. This is a collegial body, not a single person. There are 16 people who are representatives of different structures but mostly judges, because they must be evaluated by judges,” said Kazakh Supreme Court Chair Zhakip Asanov while presenting the bill to the senators, reported inform.kz.

The Judicial Jury consider cases of judges based on the Supreme Court’s application, decisions of regional and the Supreme Court’s plenary sessions, information and facts published in the media and appeals of individuals and legal entities confirmed by judicial ethics.

The law introduces a personnel reserve for the positions of the district court’s chair, regional courts and Supreme Court’s judicial boards. The Personnel Reserve Commission at the Supreme Judicial Council forms the personnel reserve.

Senators also adopted the Law “On introducing amendments and addenda to some legislative acts of Kazakhstan on the modernisation of the judicial system.”

An amendment was made to the Law “On Education” describing the authorities of the Supreme Court of Kazakhstan in relation to the Academy of Justice.

The amendments defined the remuneration of the council’s members from among legal scholars and lawyers, which is paid from the council’s funds allocated from the state budget.

According to the amendment in the Law “On Governmental Service,” the candidates, who have completed training and passed the exam at the Academy of Justice, are able to take administrative Corps B state posts of the Supreme Court, local and other courts within one year after completing training based on the agreement with the authorised body and without a competition basis.