By Staff Report in Culture on 9 February 2019 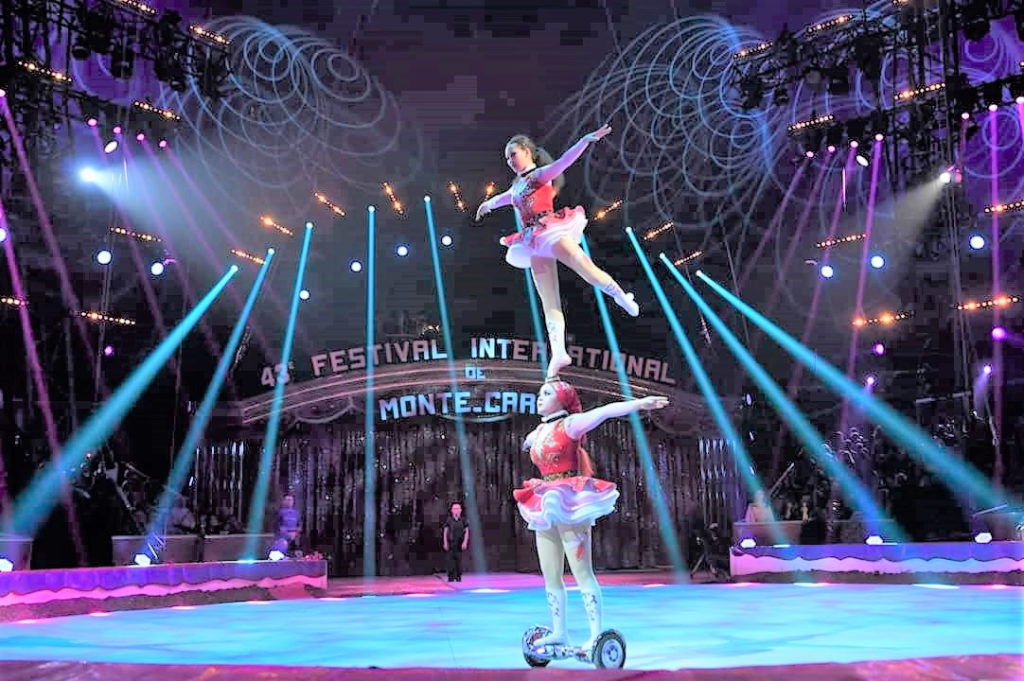 The artists performed the “Equilibrium on Segway” original performance.. It is the first time the circus performers from Astana performed at the festival.

“The performance has very difficult tricks that we perform without (a spotter) hand, and, of course, it was very exciting, but everything went well,” said Konurbayeva, reported astana.gov.kz.

The two performers received an invitation to Monte Carlo during the Echo of Asia Circus Festival in Astana in July. The festival was part of the celebration of the 20th anniversary of the capital.

The creativity of the two performers was noted by President of the European Circus Association and Vice-President of the Circus Festival in Monte Carlo Urs Pils, who was on the jury of the Echo of Asia Circus Festival and invited them to take part in the largest circus event in the world. The “Equilibrium at Segway” performance took the third place at the festival in Astana.

Konurbayeva is an aerial balancing performer, a laureate of international festivals of Veo-Veo and Latino, winner of the Grand Prix of the Shabyt International Festival of Creative Youth. She toured in Belarus, Spain, Italy, Monaco, Japan, France and Switzerland. She also toured in Australia for nearly two years.

Konurbayeva and Merekekyzy are the winners of the Grand Prix of the Echo of Asia International Circus Festival in the category of contributing to the development of circus art (2016).

The Monte Carlo International Circus Festival was founded by Prince of Monaco Rainier III in 1974 and is regularly held under the patronage of the Princess of Monaco Stephanie. More than 150 artists from 15 countries in a wide variety of circus genres such as acrobatics, clowning, balancing act, magic and animal acts attended the 2019 festival.