By Dilshat Zhussupova in Sports on 31 January 2019 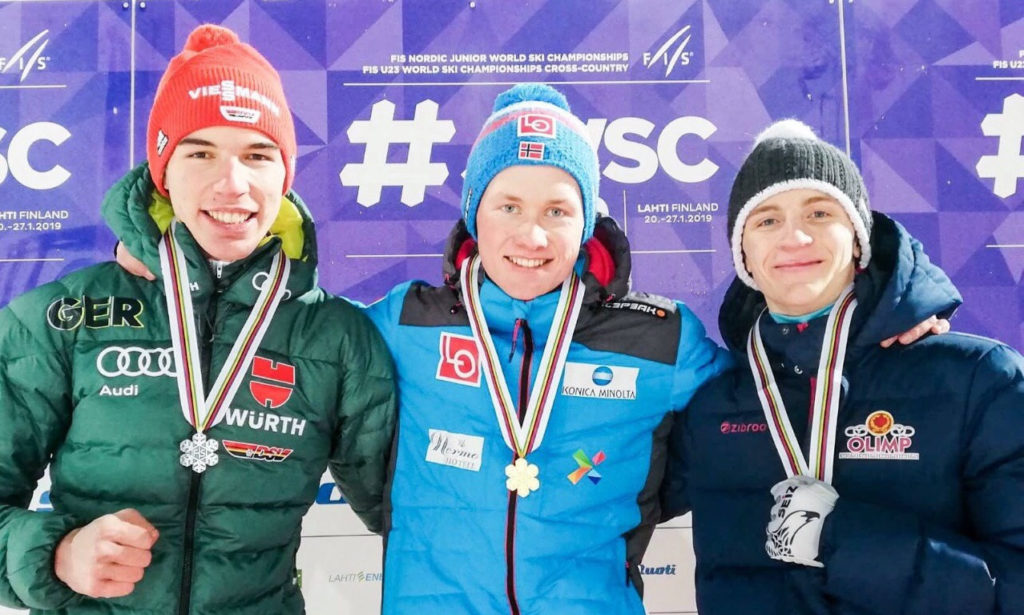 “For the first time in the history of independent Kazakhstan, we have a Junior World Championships medal,” he said.

“I am very pleased that everything turned out well and that the flag of our country was raised at the Junior World Championships,” said the bronze medallist to Olympic.kz on his 96.5 metre and 94.5 metre jumps. “No jump is the same. I’m still looking for ‘my’ jump because sometimes there are good executions and sometimes not. But after completing the first jump, I was sure that I would make the second jump calmly. My jumps were also successful throughout training, and I knew that I could fight for the medal.”

Nineteen-year-old Tkachenko was born in Ridder and began skiing at age twelve. In 2017, Tkachenko was the Asian Winter Games bronze medallist and won silver at the team event. He competed in two events at the 2018 PyeongChang Winter Olympics. In July, he set the summer world record distance at 151 metres at the opening event of Burabai Ski Resort in Shchuchinsk.

Along with Tkachenko, ski jumpers Nikita Devyatkin, Gleb Safonov and Nurshat Tursunzhanov represented Kazakhstan at the sports event. The national team earned an expanded quota this year, with twice as many athletes competing at the championships for the first time. Also, for the first time, Kazakhstan was selected to compete in the team events with 12 other teams.