ASTANA – Kazakh businesspeople establishing greenhouses in the country face competition from Uzbekistan producers and lack of retail availability. While healthy food is trending, the demand for fresh herbs and salad fixings is still low. 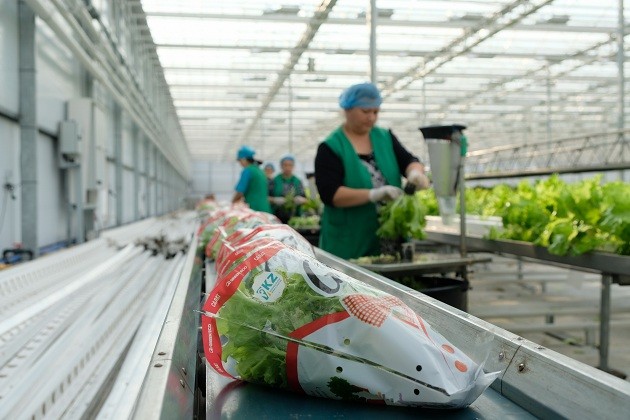 Despite the odds, the Almaty region’s GreenEco greenhouse in Panfilovo village of Talgar district is making a go of it. The facility is distinguished from other Kazakh greenhouses by cutting edge equipment and the highest level of computerisation and automation of all processes. Greens and herbs are grown year-round using the latest technologies from Denmark, Holland and Israel.

Despite the established procedures, the business can hardly be called profitable and requires significant investments, said company director Roman Shneiderman, according to kapital.kz.

“We started the construction of the greenhouse in 2016. In October 2017, we started production. Since this is a conveyor production, it took about five months to set up the technical parts of the operation. These include agricultural tests, material selection, line setting and correctly built light and temperature conditions. It takes 35 days from the moment of sowing to harvest,” he noted. 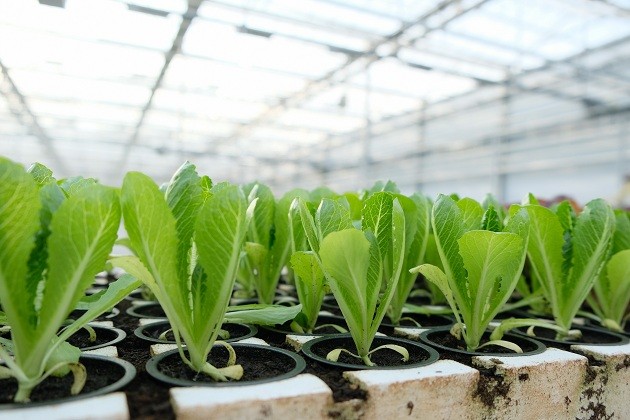 The greenhouse is unique, as no others in the country have the same technical equipment and quality. GreenEco is a fifth-generation complex. The control system is completely computerised and monitored by a single operator. Without a sales department, the 30-person staff is a very low number for the field.

“The working area is 1.3 hectares and design capacity is up to 60 tonnes per month (three million beams per year). But, unfortunately, the production is not working at full capacity, but at approximately 65-70 percent. This is due to the low consumption culture of greens and the fact that we cannot sell all the grown products. To do this, we enter the markets of other cities. In addition to Almaty, we supply products to Astana and Karaganda, as well as to two large retail chains in Pavlodar and Taldykorgan. Also, there are separate private deliveries to Taraz, Atyrau and Ust-Kamenogorsk,” said Shneiderman.

The products are in demand in Russia, but the company faces a logistics problem.

“Since this is a fresh product, it should be always fresh. Therefore, now we are working on the technology of its delivery, after which we will be able to enter the Russian market,” he noted.

The company currently grows 18 varieties of salads and herbs.

“We do not plan to expand the range of products, because we even had to reduce it a little bit. Our range began with 24 types; later, there was a need to reduce it. The most exotic species were removed, because people simply did not understand what to do with them. Very few perceive greens as a complete product in the diet, although healthy food today is a trend that is rapidly gaining momentum,” he said.

Although the company hoped to convince its fellow Kazakhs of the importance of salads in their diets, the demand for green consumption it expected did not materialise.

“Europeans eat an average of 25 bunches of lettuce a year and Almaty residents eat 10 times less. Of the three million lettuce bundles produced, two million are sold in Almaty. For a long time, the salad was in the luxury price segment, and, so far, this culture has not developed,” he said.

According to Shneiderman, the company also faces unfair competition from some Uzbek suppliers, who import their products illegally, especially in summer.

“About 90 percent of such greens come from Uzbekistan. If this situation were controlled, we would be more competitive. The products brought here without customs duties and additional tax deductions, without verification by the State Inspection Committee, without quarantine certificates and tests for nitrates, of course, will be much cheaper. On the market, such products have a low cost and this is hard dumping in relation to us. It is unhealthy competition,” he claimed.

GreenEco has also faced the unwillingness of the retail market to work with its product, although the situation has improved.

“When we started trading, we did not plan to create our own sales department, but only deal with production. The distribution company was to work with the stores, but it turned out that they do not know how to deal with such a fragile product as greens. They do not comply with the temperature and throw boxes. As a result, the stores received a product of very low quality and we received complaints first of all,” he noted.

“After that, we decided to create a sales and logistics department. Almost every consumer was forced to take the goods themselves and monitor their layout and proper sale. Now, we serve more than 90 supermarkets in Kazakhstan and very few of them are ready for the correct sales of the goods,” he said.