By Saltanat Boteu in Central Asia on 10 January 2019

ASTANA – The Kazakh Culture and Literature Centre opened at the Alisher Navoi National Library of Uzbekistan in Tashkent Dec. 26 as part of the Ruhani Zhangyru (Modernisation of Kazakhstan’s Identity) programme and the 2019 Year of Kazakhstan in Uzbekistan, reported inform.kz. 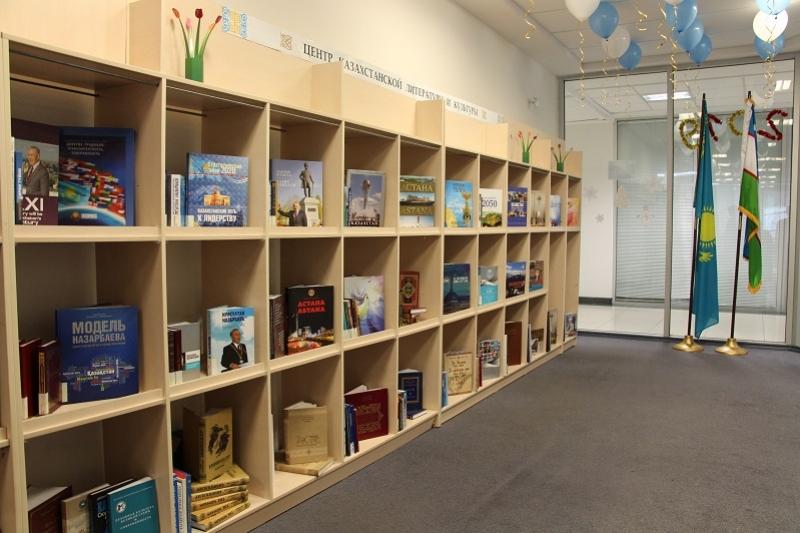 Visitors can become acquainted with Kazakh traditions, culture and art through the collection of more than 200 works of famous Kazakh writers and poets in Kazakh, Russian and English. The collection also includes works by Kazakh President Nursultan Nazarbayev dedicated to his activities and role in the international political arena.

In his welcoming speech, Abduazizov noted the importance of developing cultural ties and exchanging experience between Kazakhstan and Uzbekistan.

“As part of the event, the National Library of Uzbekistan received 200 books as a gift. Certainly, these books will arouse the interest and aspiration of Uzbek readers to get acquainted with the cultural wealth of the Kazakh people,” he said.

The main goal of the centre is to create an intellectual environment and access to information not only in traditional printed forms, but also in digitised formats that will simplify access for all interested individuals, said Kozhabekova. This will stimulate cultural and scientific contacts between the countries.

“We hope for a constructive, fruitful continuation of this project. Certainly, the fund will be replenished and studied. Access to the Kazakh National Electronic Library will be organised. We also plan to open the same centre in the Kazakh National Academic Library,” she said.

As a part of the Ruhani Zhangyru programme, similar cultural centres were opened in 27 countries around the world, the 28th in Uzbekistan.

“I would also like to note that we are opening our national centres in other libraries of the world. In particular, such centres were opened in France, Iran, Germany, Spain, in the U.S. Congress Library and in the New York Public Library,” said Kozhabekova.