ASTANA – The Aray Media Group is the first company making professional Kazakh language dubbing according to the international standards in Kazakhstan. This is an important project to develop the Kazakh language, said the company’s Voice Over Director Shah-Murat Ordabayev in an interview to The Astana Times. He believes that to raise population’s interest, all media products in Kazakh should be voiced on a professional and high level. 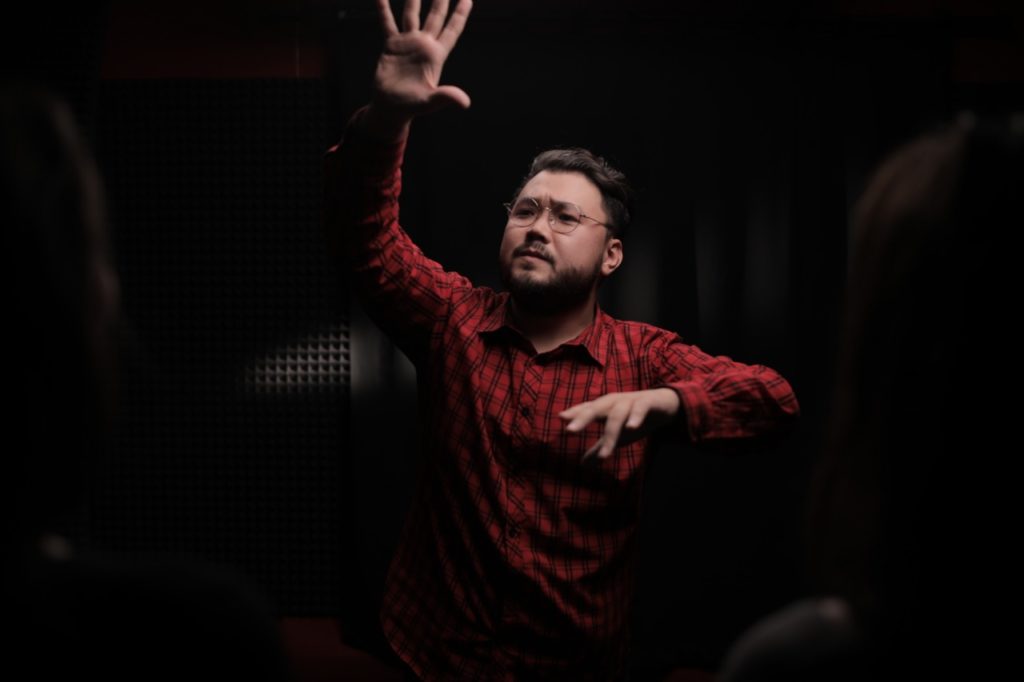 “Currently, there are many types of dubbing in Kazakh language. But it’s not interesting for viewers, because not all dubbing is professional and of a good quality,” he said.

He also believes that the projects on Kazakh dubbing should find support from media and high ranked and respected people in society.

“Also, there should be high quality and active advertisement… It requires attention of the media to this issue, because those are the instruments of dialogue with society and it should be used. The media such as radio, newspapers, journals, TV channels, web sources… Also, our intellectuals, popular figures, TV stars, actors should talk and spread information about this type of work,” he added. 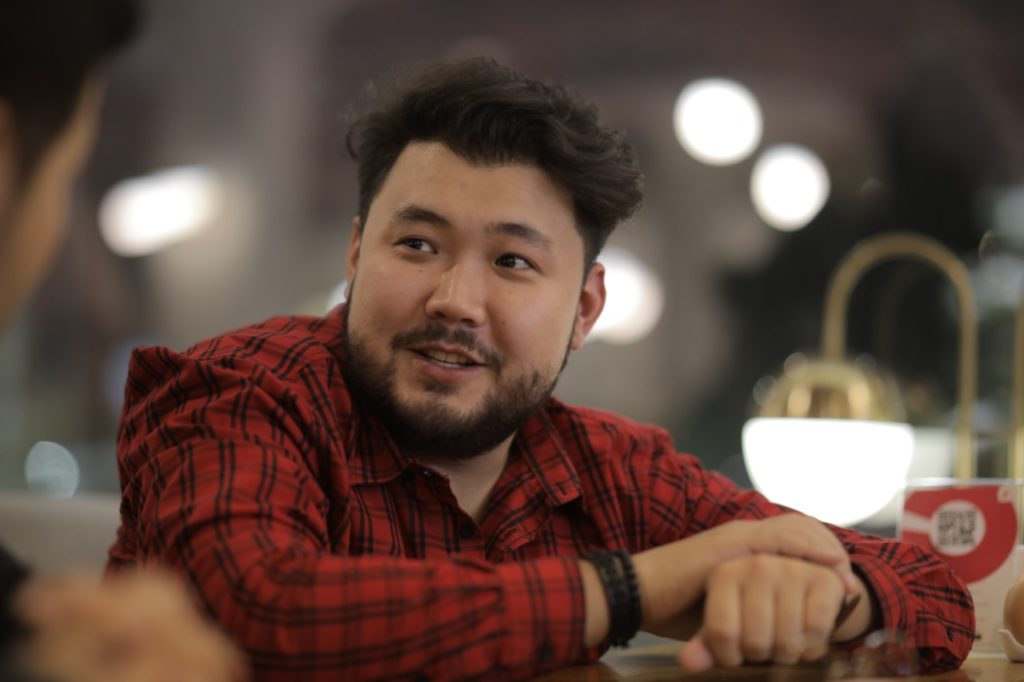 Until 2015, dubbing was made at Cinematon Studio in Almaty and then the licence was given to Aray Media Group in Astana. Currently, both studios dubbed approximately 27 movies. The films are broadcast at the cinema halls across the country and are available on ivi.ru and at Meloman shops on CDs.

“Until now, we are dubbing movies of Hollywood companies such as Disney, Pixar, Lucas Film, Marvel, Bazelevs, Sony and EuroCorp. Among movies dubbed in Astana, I participated in dubbing of Star Wars: The Force Awakens, The Jungle Book, Alice Through the Looking Glass, Moana, Rogue One: A Star Wars Story, Guardians of the Galaxy Vol. 2, Spider Man 2, Cars 3, Coco, Valerian and the City of a Thousand Planets, Incredibles 2, Hotel Transylvania 3, The Nutcracker and the Four Realms and Ralph Breaks the Internet,” said Ordabayev.

The Kazakh dubbing is one of the projects that the Bolashak Corporate Fund is implementing in Kazakhstan. The budget of the fund is formed from the donations of the corporations working in the country.

“The fund opened many inclusive classes across the country. Also, they opened several inclusive cinema halls. This year they collected approximately 300 million tenge (US$806,400) during their charity ball. While for dubbing the fund attracts finances from sponsors such as BI Group and Bazis A. Thus, it is not funds from charity events or governmental budget,” emphasised the actor.

In 14 out of 24 projects, Ordabayev was a voice over director and a voicing actor.

“Disney Company sends us full video material and the script in English. Our work is to translate the script that is done by translators. Then, according to lip sync rules, we need to match speaking characters’ lips to voicing actors’ speech based on the meaning of the translated text,” he said.

The voice over director’s function is also to hold casting of the actors for dubbing.

“For example, Ralph Breaks the Internet. The casting is held for the film’s main characters such as Ralph, Vanellope, Shank, Yesss. Casting is usually held for approximately five characters of any movie. I need to adapt voices of five-six actors for each character, among which Disney Company will choose one. In other words, I do preliminary casting and Disney Company makes the main casting,” he said. 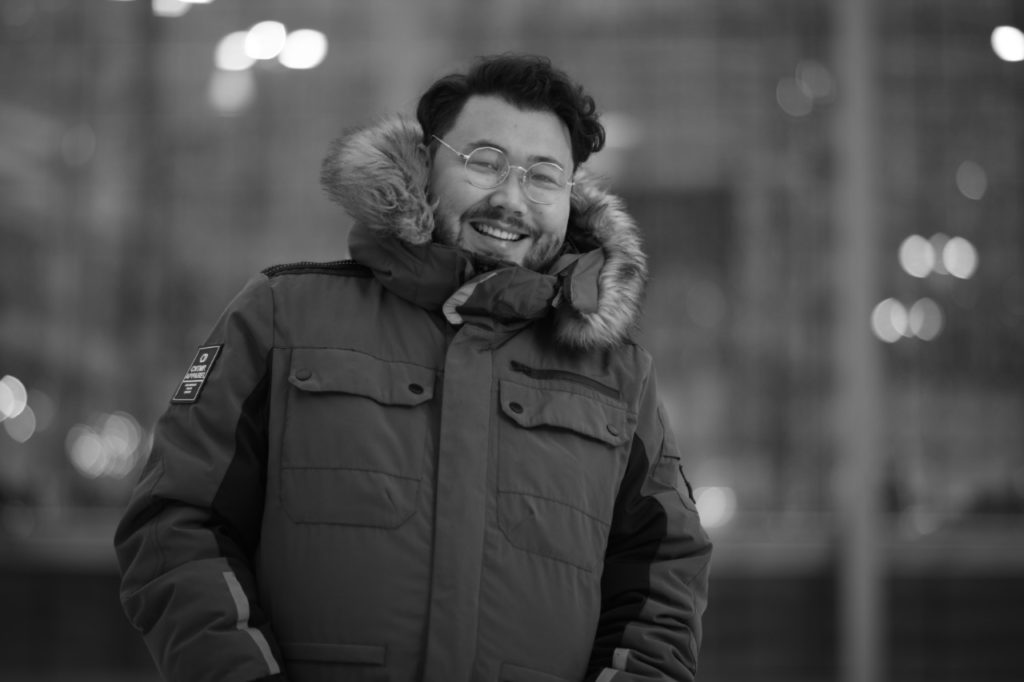 It takes two-three days to record the main characters voice. Depending on the actor’s mastery, it can take one or one and a half day. Each actor comes to the studio to be recorded individually.

Ordabayev puts much effort to keep and transfer the main idea of the films to the viewers.

“My aim is to keep the main idea, meaning of the film. For that, I need to know English language. Also, each actor recorded separately, thus I need to fit their speech to each other as if they have a dialogue. It depends on the tasks I give them during recording. I also check every recording for intonation, premise, pitch and others features afterwards,” he said.

For him, to know the material he works on is very important for producing high quality product. For that, he makes a research and looks through many materials before starting the work on the films.

“The voice over director should know the material by heart. This is the first. Secondly, the one should like the film. Otherwise, it will be as a conveyor system producing just another product. For example, recently we voiced The Nutcracker and the Four Realms film. Before that, I watched its Russian, Soviet Union time and Hollywood versions and read Hoffmann’s fairytale,” he said.

The challenging moment in his work is to adapt the movie to the local culture context, said Ordabayev. Some films are easier to voice because of the cultural similarities.

“Some films are easier adapted for dubbing than others. For instance, our national cultural peculiarities were applicable for the Coco animated movie. The richness (capacity) of our language is able to express the relationship between the deceased and alive persons, the family unity, virtue, goodness, decency, educational meaning in the film,” he said.

Ordabayev started his career in professional dubbing in 2015 and have so far worked on 14 projects at the Aray Media Group with the funding and support from Bolashak Corporate Fund.

“The dubbing is not a phenomenon that has emerged recently. It was implemented in the Soviet Union as one of the professional studios created on the basis of Kazakhfilm and Mosfilm Studios. All films released in the Commonwealth of Independent States countries were translated into the local languages,” said the actor. “I’ve heard dubbing in the Kazakh language from my childhood… I was attracted by voices of the melodious and talented actors.”

“My first work was popular franchise, Star Wars: The Force Awakens. I also voiced TV series… But I was less satisfied with it. When I found out that there was a high level, international recognised dubbing, I was excited about it,” he added.

Ordabayev has also been working as an actor at Kazakh Drama Theatre named after Kalibek Kuanyshbayev in Astana since 2010. In 2015 and several years after, he also served as the theatre’s deputy director.

“In 2010, I graduated from the Kazakh National Art University. Several months before the graduation, I was accepted to the theatre and serve as the theatre’s actor until now,” he said.

Except for his main work at the theatre and Aray Media Group, he also voices characters at the Qazaqstan National TV Channel and Balapan Channel for children.