ASTANA – World chess champion Dinara Saduakasova recently presented her debut book, “Learning to play chess,” in the capital. The volume, which shares her experience and skills, is the first on the topic written in Kazakh. 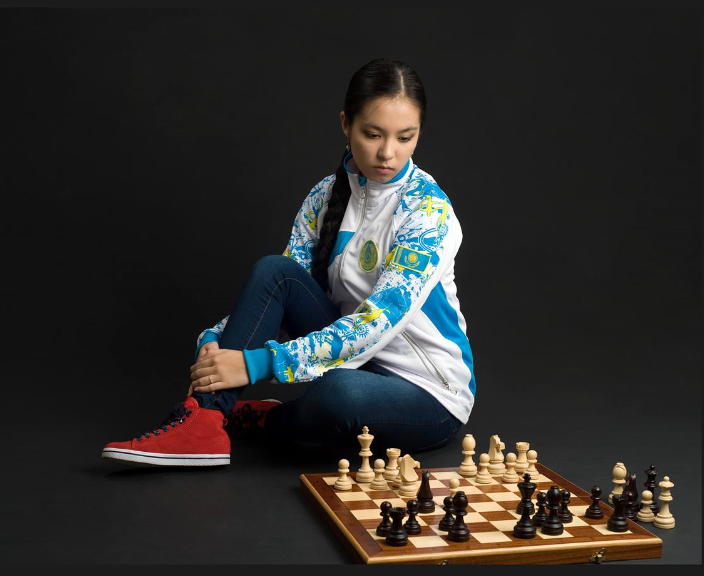 “It was not easy for me to write a book, because there was no such book in Kazakh. Some chess expressions were not [available] in Kazakh. Therefore, I turned to philologists for advice when I created this book,” she said.

The international grandmaster demonstrates the techniques and experience she gained during world championships and international tournaments. She plans to distribute the publication in schools and various general education centres.

The textbook includes strategies for novices, history, rules, tactics, tasks, solving etudes, answers to tasks and rules of behaviour during the game. It also contains a chess alphabet.

Saduakasova’s goal is to popularise chess in Kazakhstan and the Central Asian region. In writing a book and holding regular tournaments and game sessions, she compares chess today to a model for business.

“The skill to win and lose correctly, learning and drawing conclusions, fosters a healthy attitude to defeat and a spirit of goal-setting in a person. I think there is a need to create conditions where young people can learn to solve logical problems under time pressure, train their brains, improve memory and increase efficiency in the modern world and be intellectually developed. And chess will help with this,” she said.

She noted there is a need to open chess clubs in schools, colleges and universities, which she feels will provide impetus to children and young people in the country to develop and acquire additional skills.

Saduakasova is supported by the United Nations International Children’s Emergency Fund (UNICEF) and is one of its Goodwill Ambassadors. This year, she has already held a number of tournaments, simultaneous play sessions and master classes in the capital, Aktau, Pavlodar and the Atyrau region. She will be holding a chess academy in the capital Dec. 22 and events in Kyzylorda and Turkestan later this month.

Early next year, the athlete plans to open the Dinara Saduakasova Chess Academy in Atyrau. The school will provide free classes for children from low-income families.