By Aidana Yergaliyeva in Astana on 24 December 2018

ASTANA – Okean Art is relatively a small school which opens a whole new dimension that can change lives. Thirteen years ago, the school started as a small art therapy centre for children with disabilities and has now created an inclusive environment that offers a broad range of opportunities. 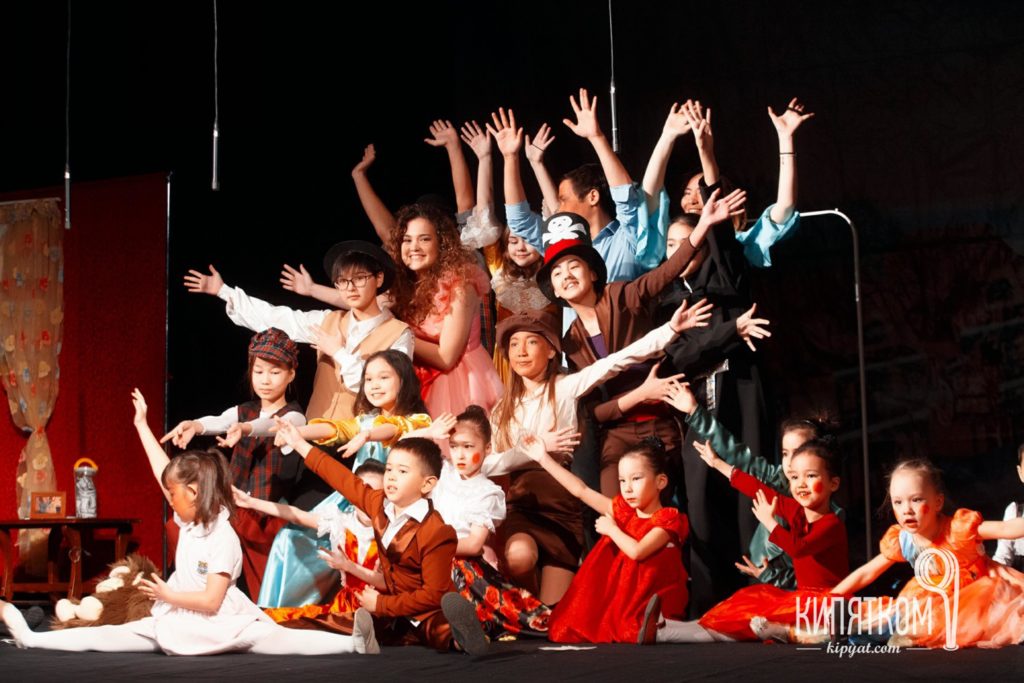 The school focuses on psychology and arts. The psychological path offers art therapy for all children, whether healthy or with almost any form of disability, be it emotional, mental, behavioural, neurosis, fear, shyness, delayed speech development, mental development, autism or hearing impairment. It also houses an art school.

In addition, the centre has psychological consultations for adults. Seminars are offered both for specialists who want to gain professional skills in psychology and art therapy and newbies who want to learn what it is. Adults, especially parents, are invited for a therapeutic training once a month. 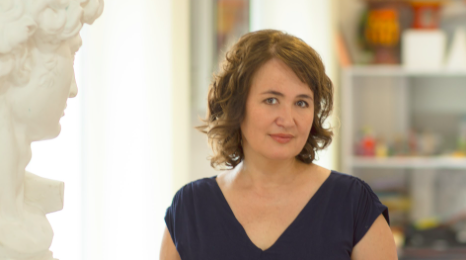 School director Tatyana Zhanyarova selects and educates the staff herself, as she had an opportunity to study art therapy in depth at Birmingham Centre for Arts Therapies (BCAT) from 2003-2004.

Zhanyarova graduated from Utemisov West Kazakhstan State University where she studied arts pedagogy in the 1990s. The decade represented the first years since Kazakhstan’s independence and witnessed the tangible effects of economic crisis and high rates of unemployment. Despite the odds, she received an offer to teach art at the university. The experience made her realise the university’s “old school” Soviet teaching methods had to be changed. Zhanyarova was concerned with the methods for art education and her students were taught to draw “algorithmically.” 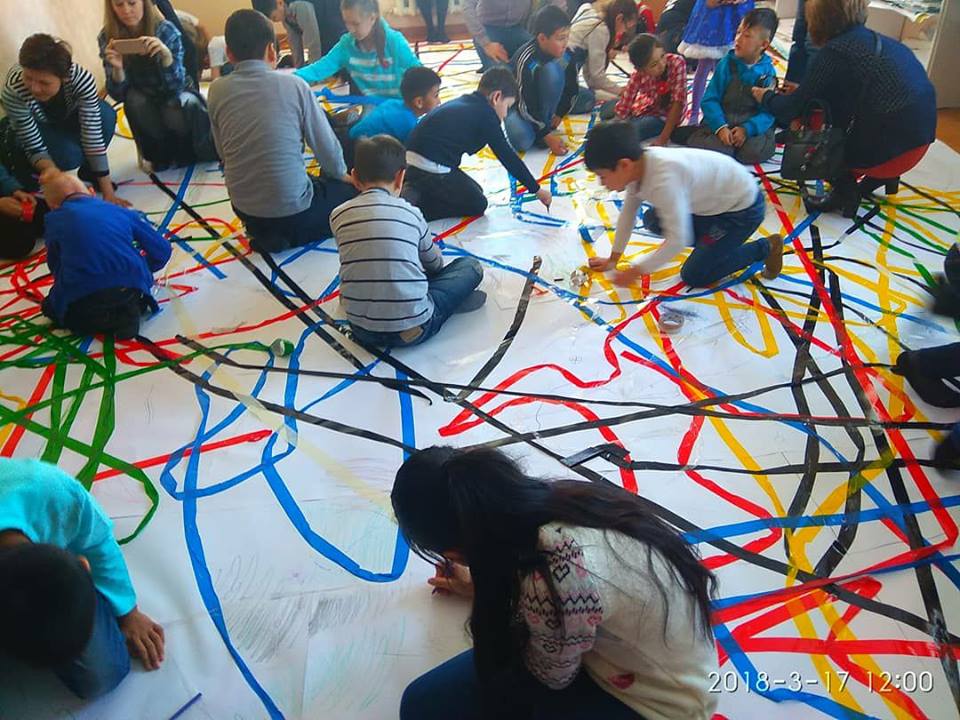 “For example, the teachers tell you to draw a bear like this [as if there is only one way]. You do this [step], next [step], then this and you get a bunch of [almost] identical drawings. Some are neater, some are less… this is not art, this is ‘Do as I told you!’ Art is about creating unique things,” she said.

As she started developing a programme that would connect all the subjects, she experienced many unexpected and life changing results. Her very first student, who had been diagnosed with autism and became healthy after a year of therapy, was the first time she realised that her work mattered and she needed to continue.

“I understand that if that kid had not received the art therapy, he could have lived disabled for the rest of his life. This changed his life. He graduated from an ordinary [public] school. Now, he is a young healthy adolescent,” she said.

A student’s progress is the best reward for her work.

“I was overwhelmed from how many new possibilities it can open and I decided to develop art therapy,” she added.

Okean Art began as a more specialised school that only worked with children diagnosed with diseases. A single question changed it into what it is today.

“We were working in an open space of Duman Oceanarium… It was very important for me to work with children with disabilities. [And to work] not their disabilities, but rather their abilities. That day, one mother came to me and said ‘Does my kid have to have Down syndrome to go to your school?’ And then there came a moment when I understood that there are many children who are clinically healthy, but still have psychological problems that parents or school pedagogues are not competent enough to solve,” said Zhanyarova.

Okean Art doesn’t segregate children in accordance with their clinical history. When forming a group, the school joins children based on their individual compatibilities. Age and health status do not play a role in forming a group and they are formed to be the most beneficial for all students.

“As for the parents of healthy children, they understand that there is nothing really scary about such an environment. Of course, there are parents who are somewhat scared of an inclusive class. For them, the school provides explanatory sessions,” she added.

It is no coincidence that the school has the motto “Okean Art is for kids with unlimited possibilities,” a word play in Russian that mirrors the narrow term “children with disabilities.”

“For me this is not a charitable deed because [I work with] these ‘poor and unfortunate’ children. In fact, I am very interested… It is a very well-known fact that those kids who are visually impaired are better at hearing. The people who have some disabilities in one area always have some better skills in other areas in terms of perception and physically. For healthy kids, it is not only learning about mercy, but learning to communicate, i.e. in a clinically unhealthy child you can find many healthy things,” said Zhanyarova.

Okean Art has always provided free courses for children with disabilities. For the most part, the funds were provided by the school itself with occasional one-time subsidies.

The courses are mainly in Russian, but art therapy is available in three languages. For the latter, Zhanyarova believes language is secondary, because art transcend language and can speak for itself.

“I had an experience working with a French child and I don’t speak French. The therapy went well, because there are many nonverbal interactions,” she added.