By Saltanat Boteu in Astana on 21 December 2018

ASTANA – City officials will begin the two-year construction in 2019 of an automobile bridge across the Yessil River to reduce traffic between the city’s left and right banks. 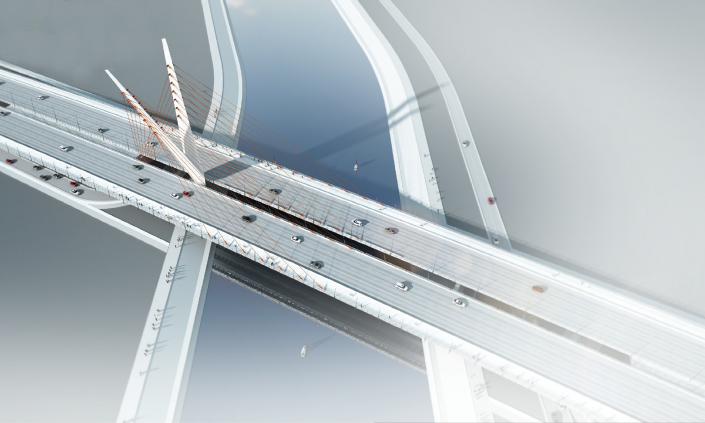 The bridge will be located along Tauelsizdik Avenue on the section from the right bank’s No. 46 Street to the left bank’s No. 27 Street. 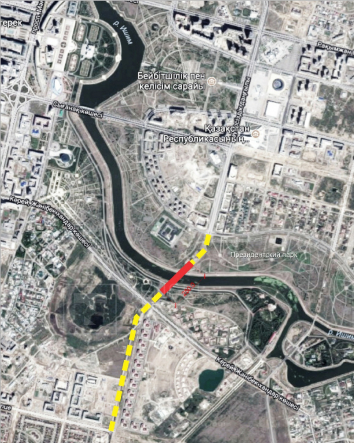 The bridge is expected to reduce traffic 20 percent on Mangilik Yel. The number of vehicles on Orynbor Street is expected to decrease from 25,000 to 20,500 cars per day and from 34,000 to 29,000 per day along Turan Avenue, in the area from Uly Dala Avenue to Orynbor Street, announced the city Transport Management and Roads Infrastructure Development Department.

The bridge will include six lanes and pedestrian zones on both sides. The central element of the bridge will be a forked pylon that is a 75 metres high tower, which has 14 pairs of metal cables. Bridge will also be lit up at night to create the illusion of flight.

“A bifurcated pylon, tapering towards the top and connected at the base, adds lightness and elegance to the design and simultaneously compensates dynamic loads. Symbolically located on the Yessil River’s right bank, the pylon represents the historical development of the city towards the left bank,” according to the department. 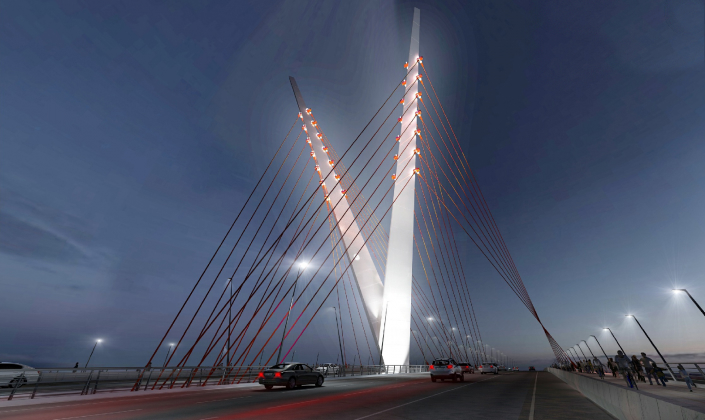 Along with the new bridge, two more automobile bridges are being built and expected to be completed in 2019. The first bridge, which passes over Yessil River, is located at the intersection of the No. 27 Street with the Yessil riverbed. The second passes over the Nura-Yessil water canal and is located at the intersection of No. 27 Street with the canal’s riverbed. The road on both bridges will be eight lanes.

Astana has 17 bridges, seven of which are located in the centre of the city.