By Aidana Yergaliyeva in International on 10 December 2018

ASTANA – Two Kazakh satellites, KazSciSat-1 and KazSTSat, were launched Dec. 4 at 12.32 a.m. Astana time aboard the Falcon 9 from the Vandenberg U.S. military base in California, reported a press release by Aerospace Committee of the Ministry of Defence and Aerospace Industry. 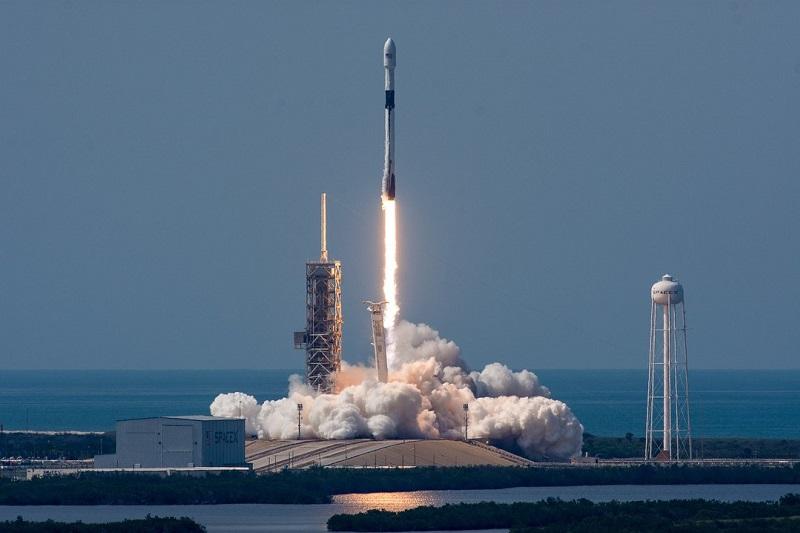 “Our satellites have already reached the specified orbital points. The satellites began to work. We received four signals within a day,” said Kazakh Minister of Defence and Aerospace Industry Beibut Atamkulov, as quoted by inform.kz.

KazSciSat-1 is a scientific nanosatellite weighing 5 kilogrammes (kg). It will examine the Earth’s ionosphere to identify the effects of natural and man-made impacts on the Earth’s magnetic field.

The second satellite KazSTSat is a technological microsatellite weighing 107 kg.

“The satellites are operating in normal mode, data telemetry is being transmitted, and tuning is in progress. I think that in two weeks we will receive data from satellites,” said the minister.

The work of the satellites is a product of more than 150 Kazakh engineers from the Ghalam and Kazakhstan Gharysh Sapary national companies. The construction of the microsatellites was completed with British engineers and technologists from Surrey Satellite Technologies.

The satellites will also allow Kazakhstan to develop technologies to design, assemble and test low-orbit spacecraft. Authorities hope data from the satellites will reduce the cost of building satellites and increase Kazakhstan’s international competitiveness in the space product market.

“Now we are studying our design’s abilities in remote sensing of the Earth. That is, in the future we will change some components and technological products to ours,” said Atamkulov.

The launch of Falcon 9 was initially scheduled for Nov. 19 but was postponed for some technical problems.