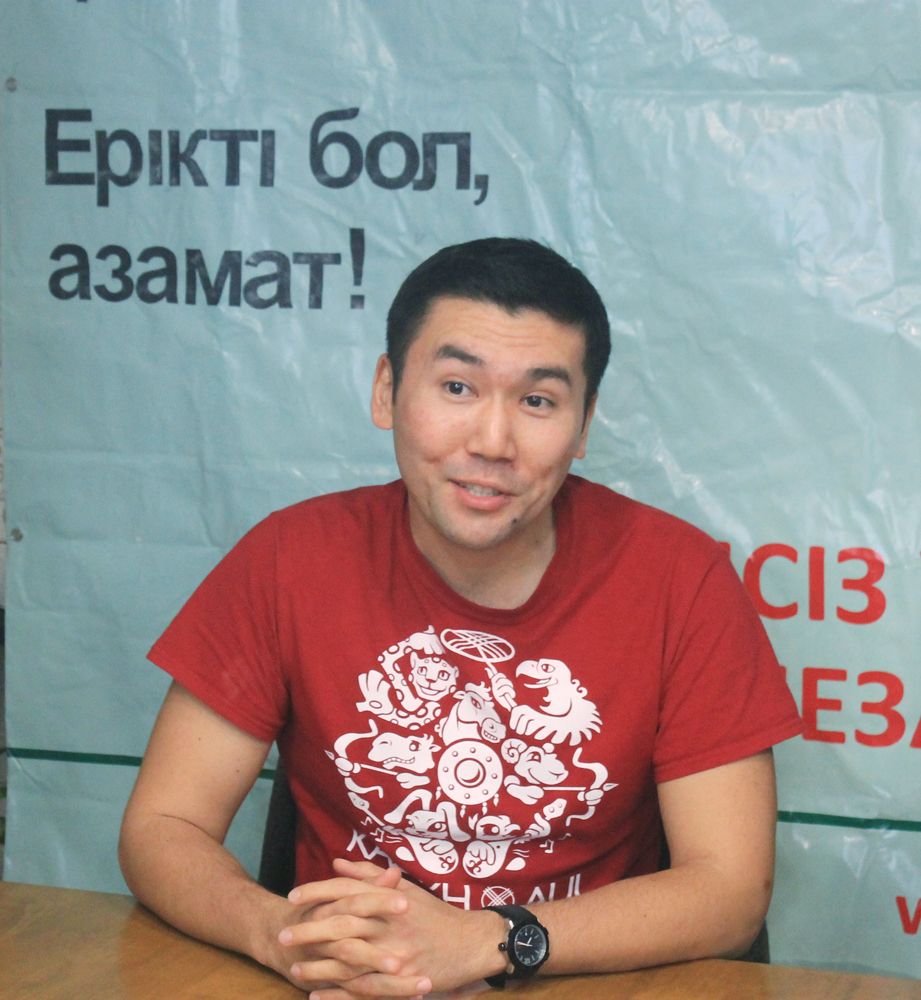 An Almaty native, graduate of George Mason University and former instructor at Zhurgenov Kazakh National Academy of Arts, Zikibay has vast experience in graphic design and animation. His works, including static art, animations and 3D short films, explore topics and trace certain parallels between Kazakh history and the history of minorities in the United States, as well as pop culture, relaying an important underlying message.

Zikibay’s interest in drawing stems from his childhood.

“Since I was little, I really enjoyed drawing, but I never thought of it as a career choice. When I was a teenager I really enjoyed playing computer games, but I was not really happy with just playing them. I really wanted to change them. I started going inside the computer files and started changing the way video game characters looked,” he recalled in an interview for this story.

His intention to be a producer and creator rather than a consumer eventually ushered in a world of animation.

“I really started getting interested in animation not through drawing, but through computers and computer games. That is also the reason why I wanted to do animation when I went to college,” he added.

He noted the influence of his grandfather, a Kazakh poet and journalist who raised him.

“In the 1990s, when I was growing up with him, I saw that he and his whole generation and colleagues were not happy that young people did not read books and magazines and newspapers, because the culture was more about movies, music and video games. I don’t think reading was very popular in 1990s. In a way, his passion and him being not happy that he could not pass his ideas to the young generation influenced me to pursue this path of creating digital content, especially for young people,” said Zikibay.

His university years also helped him discover different aspects of what it means to be an animator and incorporate politics, history and pop culture into his works. He noted the influence of his mentor and professor Gail Scott White, as he produced one of his first projects with his classmate Mohamed Talaat under her guidance.

“We made this short film called ‘Today’s Game, Tomorrow’s War.’ It is about a teenager who transports himself inside the video game. The animation was influenced by my personal life in a sense, because my best friend also joined the army and went to war. I used to play video games with him. That event made me aware of reality and that my childhood of playing video games all of a sudden became so real. Actually, that is also when I stopped playing video games for good,” he said.

Creating art, he noted, helps him “make sense of some issues he experiences and sees around the world and society.”

“A lot of times creating art for me is really just an attempt to understand them, to process them and rationalise them. It is very therapeutic for me to create art,” he said.

History, however, plays a big role throughout his art.

“It helps me understand why some things are the way they are, but also how I can change them. It can be really overwhelming to think of yourself, of how small we are, how seemingly insignificant we are. History puts things in perspective; you realise that things have a beginning and an end,” he added.

Kazakhstan History Timeline is among his latest projects. For seven years, Zikibay has been a volunteer at summer camps in the United States that gather Kazakh kids adopted by American families.

“It is essentially a board game for children. One of the things I have been doing there is designing history games, because I also teach a history class there. The point of the game is to put six different historical periods [of Kazakhstan] and children need to place these cards in the correct timeline. So, they need to know what comes after each period and the teacher gives them either a historical figure, an event or an artefact,” he said.

“My dream is to make history really cool and fun. When I started history at school, it was boring and I hated it. When I started to learn it later as an adult, I realised how interesting it can be,” he said. 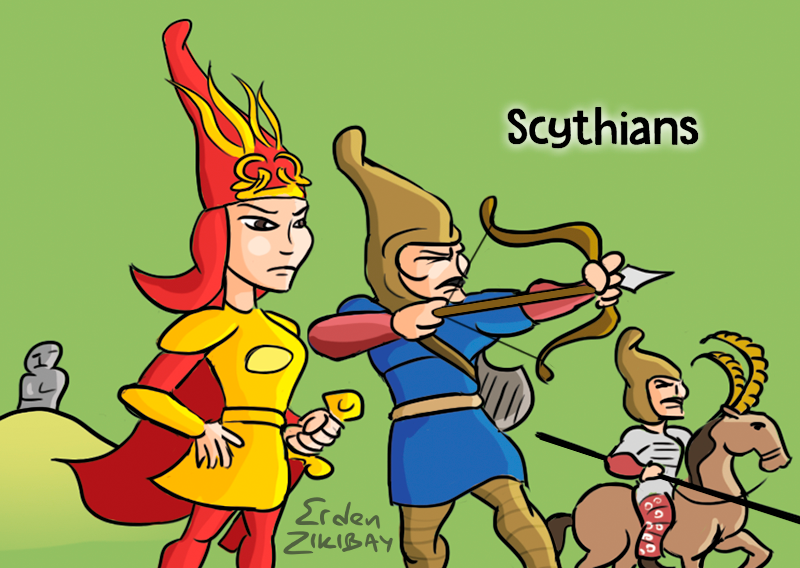 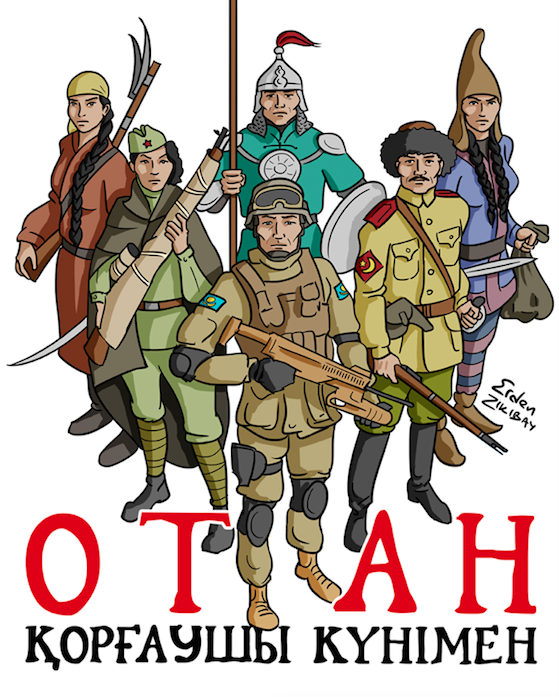 Zikibay’s works also reflect pop culture trends and figures, such as Wonder Woman and Black Panther. With a rapidly growing influence of pop culture on people around the globe, it has become a powerful tool to convey your ideas and message through mechanisms and things that are familiar to everybody.

“It is so powerful because we all watch the same movies, listen to the same music around the world and with simple things like a hashtag, you can reach out to people in other countries,” he said.

“I made this illustration about the Wonder Woman superhero movie, who was an Amazon. There is a theory there were historical Amazon warrior women from Central Asia who inspired the mythical Amazons,” he added.

Human rights can also be traced in Zikibay’s works, some of which are currently on display in a human rights exhibition at the Artmeken Gallery in Almaty that runs through Dec. 26.

“I do believe all humans are created equal, no matter where we were born. It is just a chance that somebody is born in one place and somebody in another place. What is important is to give everybody equal treatment and equal opportunities to succeed in this life. I am trying to really convey those ideas and spread around, so that there is no hate, ignorance,” he said.

Zikibay does not follow a particular style, believing content and ideas are what matter most. He makes commercial projects and personal works, both requiring significant research.

“With personal, it is easier, because it comes from you. Ideas come to me out of the blue. I can be just walking down the street and I can have an idea. Somebody can say something and just one word can spark this whole project in my head. It is random. Sometimes, I have to really think when I need to come up with an idea, but mostly it is spontaneous,” he noted.

“Once I have an idea, I try to sketch it out. I do some rough sketch of what I want to see. It takes a lot of research to really start producing the work. I read articles, sometimes whole books, watch videos, do interviews, meet people. I try to gain as much knowledge as possible,” he added. 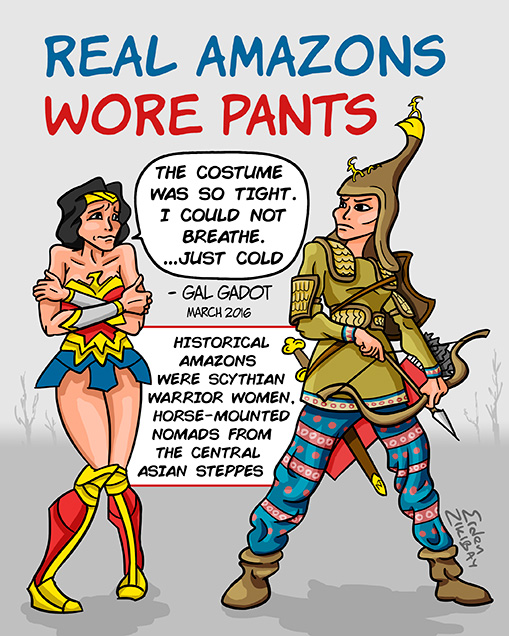 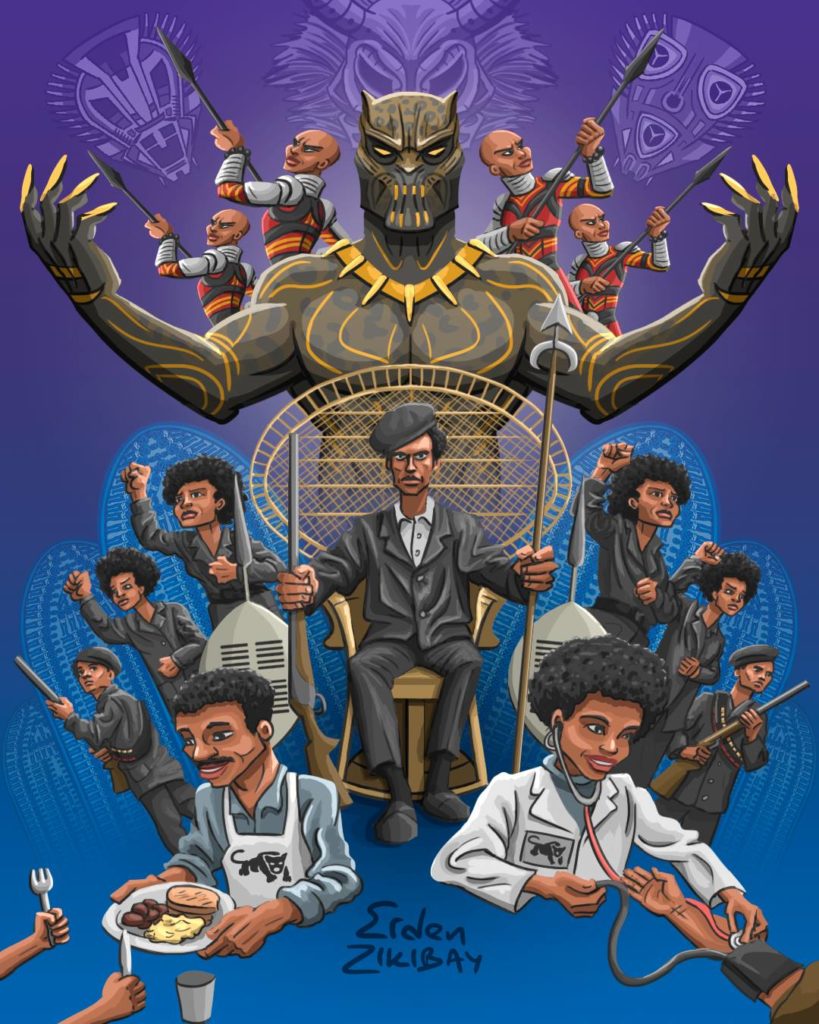 Ideas come fast, but they can also die down fast.

“If I do not produce something really quick, I have to sort of reignite my curiosity, my inspiration again. That takes more energy, effort. The best is when you put a lot of thought [into it], research a lot and you are not taking it too long to do it,” he said.

Time, however, is also a challenge.

“In my mind, I think about something and I misjudge how much time I need to complete something. I am often intimidated by the project; I think it will be very easy and fast, because I am inspired and enthusiastic, but in reality, it takes much more time,” said Zikibay.

“There is a big difference between static art, like illustration or design, and animation, which takes much more time, because you also have to think of how things move and what they will look like while moving, which you do not have with static art,” he added.