By Elya Altynsarina in International on 12 December 2018

ASTANA – Kazakh President Nursultan Nazarbayev participated in the Dec. 6 Supreme Eurasian Economic Council (EEC) and the informal summit of the leaders of the Commonwealth of Independent States (CIS) in St. Petersburg, Russia.

The group discussed Russia’s 2018 chairmanship of the Eurasian Economic Union (EAEU) and increasing cooperation in trade, energy, the digital economy and organisational matters.

They also agreed on programmes to form common oil and gas markets and discussed cooperation in space exploration.

Nazarbayev said 2018 has been important for the EAEU, because “despite the prevailing external conditions and risks associated with the volatility of the global economy, the union managed to maintain a growth trend.”

“In the first half of 2018, the total GDP of the members of the union increased by two percent. The growth of industrial production continues,” Russian President Vladimir Putin told the gathering. 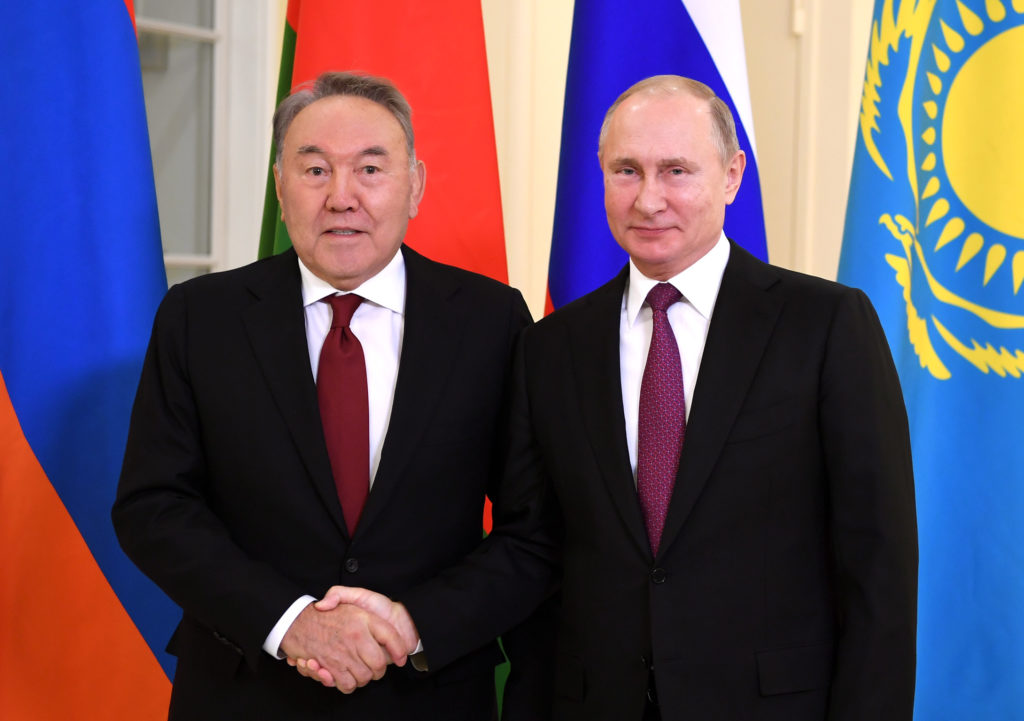 He noted intra-union trade has increased 12 percent, reaching $44 billion and the union improved its position on Doing Business report from 40th to 31st place out of 190 economies in 2017.

Nazarbayev also noted that the EAEU customs code came into force this year. Nazarbayev said the code incorporated the modern approaches to customs administration, including the automation of business processes and the introduction of the “one stop-shop” principle.

The gathering also noted that Kazakhstan and Russia completed a pilot satellite monitoring of transit cargo between the two nations’ customs services. It was also noted that work will continue to eliminate trade barriers and implement the digital agenda until 2025.

In the meantime, the Kazakh delegation suggested establishing so-called “anchor” projects in key economic areas and welcomed the commission and the governments to determine the list of these projects.

The Kazakh President also called for an analysis of the economic feasibility of each new direction both by Eurasian Economic Commission and the member states.

“We are making confident steps towards achieving the main goals of the EAEU – creation of the free movement of goods, services, capital and labour. At the same time, we need to make additional efforts to ensure a full-scale functioning of the union,” he said.

Meeting participants also noted the need to work on documents for the so-called four freedoms and the agreement on the provision of pensions for the EAEU citizens.

Nazarbayev first voiced the idea of Eurasian integration based on principles of equality and voluntariness in 1994 at Moscow State University and next year marks the fifth year since the signing of the EAEU Treaty. In this regard, Kazakhstan offered to host an annual meeting of member states each year in May in Astana. Armenia will chair the EAEU in 2019.

Following the EEC meeting, the leaders of Azerbaijan, Tajikistan, Turkmenistan and Uzbekistan participated in the informal CIS heads of state summit – a dinner where the parties could raise any issue.

The high-level participants then went to Mariinsky Theatre in Saint Petersburg to see the Nutcracker ballet and meet the performers.