By Laura Tussupbekova in Business on 13 December 2018

ASTANA – Underestimating import data indicates corruption in customs and leads to illegal business, said Senator Dariga Nazarbayeva at the body’s Dec. 6 plenary session. This also poses a direct threat to the health and safety of the nation. 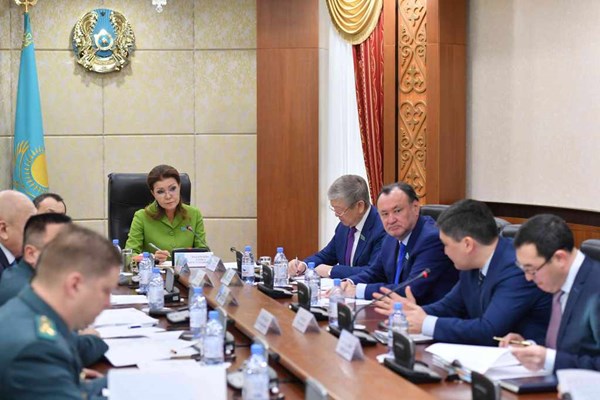 Transparency Kazakhstan recently released its research results in the report Customs Corruption of Kazakhstan: Mirror Analysis of Trade Turnover. A mirror comparison of trade turnover statistics between Kazakhstan and 10 non-Eurasian Economic Union (EAEU) countries from 2013-2017 showed significant discrepancies in foreign trade data for Kazakhstan and the U.S. and Europe.

“According to the research, only 10-45 percent of goods imported to Kazakhstan are subject to customs duties. This leads to huge losses in the state budget. The data discrepancy of more than 50 percent indicates corruption and bribes in Kazakh customs bodies, say the results of the study,” the senator stressed.

In terms of trade with China, statistical data are understated by more than 50 percent for 11 types of goods. Sixty to ninety percent of goods imported from China, including clothing, furniture, bedclothes, toys, fruits and vegetables, are actually smuggled, she claimed.

According to customs authorities, the inconsistency of statistical data on imports and exports with China is due to the discrepancy between accounting methodologies for goods and different dates for export and import.

Nazarbayeva requested introducing changes in the agreement between the Kazakh and Chinese governments on international road transport for loading and unloading goods imported from China to Kazakhstan.

The Ministry of Finance should take measures to eliminate the facts revealed regarding significant statistical discrepancies on mutual trade with all countries and provide numerical data on foreign trade in the last five years by country and commodity positions, the senator demanded.