By Saltanat Boteu in Astana on 24 December 2018

ASTANA – Astana Hub is a concept designed to create a system for start-up development, including interaction with local businesses and government. It seeks to find and create Kazakh experts in specific areas to offer their know-how internationally, such as in the field of smart city technologies. 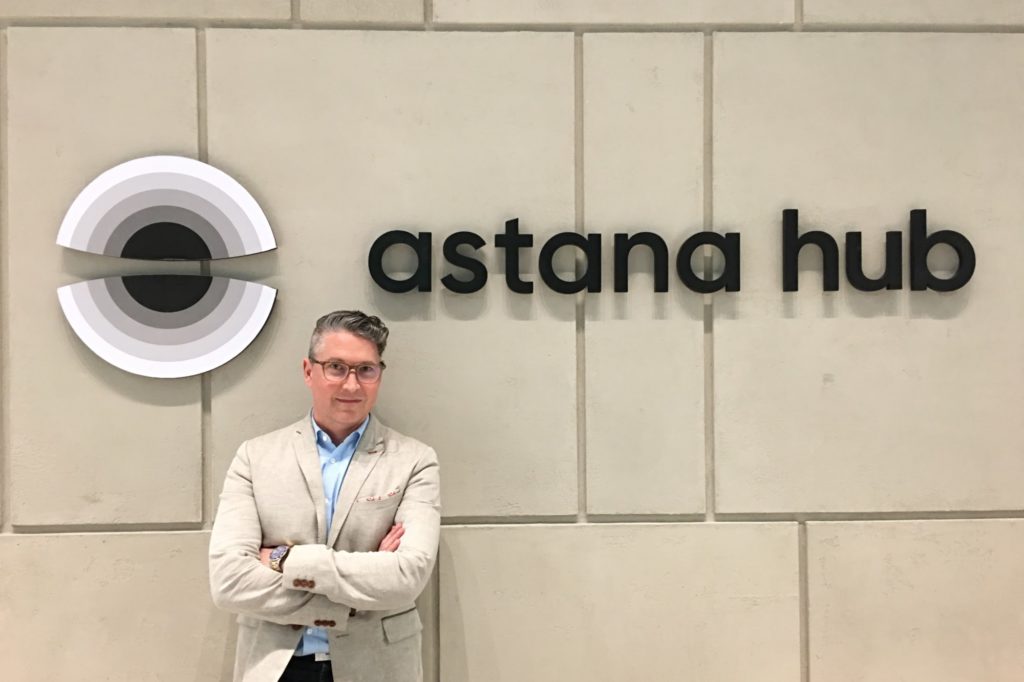 “Originally we were going to be a tech park, but our mandate increased to nationwide influencer for innovation, so we are hoping to grow all of Kazakhstan’s start-up ecosystem,” said Astana Hub Chief Executive Director Joseph Ziegler. “Astana Hub is not just a building – it is a concept to connect and to build a bigger system.”

As part of the Digital Kazakhstan initiative, Astana Hub is aimed at broadening the country’s economy and creating new career opportunities for its citizens.

“We are responsible to help diversify the economy. If we can work in innovation, then the economy can be more stable in times of change. Kazakhstan is an extremely young country in population and if we work in innovation, we can create really interesting jobs and careers. If you are a problem solver, engineer, programmer, marketing… if any area and traditional business is not exciting for you, media and tech companies may attract you in building a meaningful career,” he added.

To reach these goals, Astana Hub teaches entrepreneurship skills including marketing and finding investments. The centre also seeks to educate individuals, governmental institutions and corporate businesses on ways to interact and work with start-ups.

“First, we have to build an entrepreneurial framework. We want to create an idea economy. Currently, we have more of a traditional economy. An idea economy basically means you get someone who likes to solve problems and turn that into a career or business. That means people have to know how to be an entrepreneur; then, start-ups need lots of feeding and caring. That means we have to teach businesses how to talk to start-ups; then, people have to know how to invest in a start-up. The government also needs to know how to interface with start-ups,” said Ziegler.

He believes Kazakhstan has already started activity in these fields, which needs to be systematised to be effective on a country-wide scale.

“The banks are starting to engage, because Astana International Financial Centre (AIFC) has a financial technologies programme. That’s great; we are going to work with them and help to grow that,” he noted.

The second step is to find Kazakhstan’s niche in the international market based on its peculiarities and characteristics.

“We have to find things that we do better than anybody else. When you think of financial technologies, London and Hong Kong come to your mind. Media companies remind you of New York. Israel is very good at defence and cybersecurity. Really big ecosystems have something that they are very good at. Your best bet to survive is to have access to global customers. For that, you have to have something to offer to global customers,” said Ziegler.

“Astana is an amazing city. Building the city in 20 years takes skill. Actually, building the city of future Kazakhstan is doing very well. I propose we turn that into innovation. We take these skills and specialise in them; for example, the e-government initiative. Right now, 60 percent of government services are online in Kazakhstan. This is a huge accomplishment. Next year, it is supposed to be 80 percent. So, why don’t we take these skills and build an innovation system around e-government,” he added.

Difficulties can turn into advantages. The capital’s extreme weather conditions can be used to improve technologies and build a city infrastructure resistant to extreme temperatures.

“The train going to the airport is going to work in negative 40 and plus 40 degrees (Celsius). The buildings are insulated and they have to handle extreme weather separation. This is perfect for climate change planning,” he said.

Astana Hub welcomes anyone to attend a start-up school to expand his or her knowledge in the field and gain all necessary information. People can also use its co-working space. All events and programmes are available on astanahub.com and its social media pages.

Ziegler has worked in the start-up arena since 1995. He has 5 exits from start-ups including IPOs on the stock exchange and selling companies to Google. He has been involved in the investment field and governmental and start-up accelerator programmes. He also has extended experience working in Asian countries such as China, Singapore and South Korea.

“I’ve been given a big responsibility. This is money from the government that can be used on many different things. I was brought in to push, try to go very big and add skills,” he said.