By Malika Orazgaliyeva in International on 4 November 2018 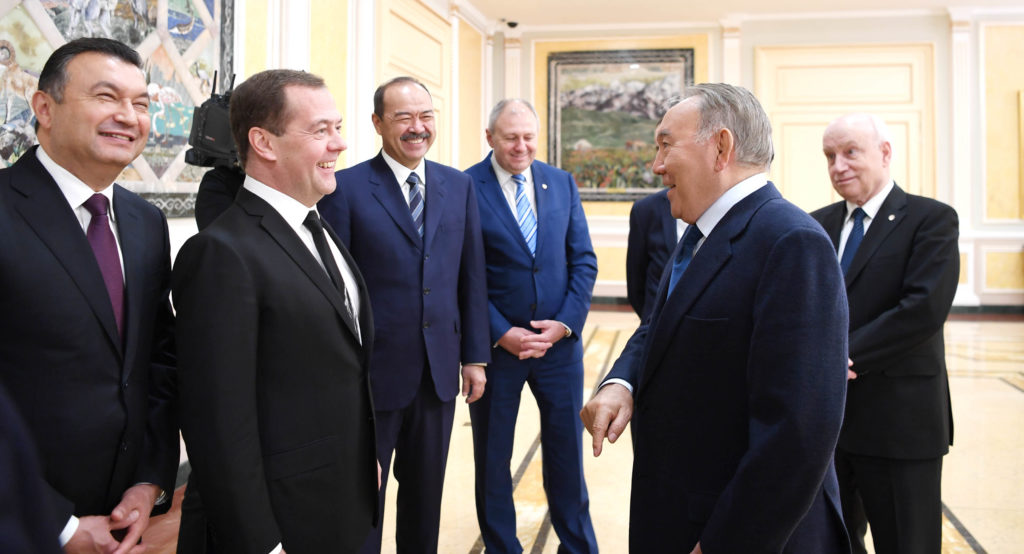 Nazarbayev stressed during his meeting with Medvedev the importance of expanding economic cooperation and highlighted the countries’ cooperation within international organisations, such as the Eurasian Economic Union (EAEU), the Collective Security Treaty Organisation (CSTO) and the Commonwealth of Independent States (CIS).

The Kazakh President reaffirmed the positive relations between the two countries and thanked Medvedev for helping build those relations.

“Kazakhstan is Russia’s strategic partner and ally. We have intensive top-level contacts and advanced relations between the governments and business communities. During the year, we often meet at various venues. It is good, because without such communication, it would be impossible to build a full-fledged interaction,” said Medvedev.

Kazakh-Russian trade between January and August grew 8.3 percent over the same period in 2017 to $11.3 billion. Kazakh exports to Russia in that period grew 13.3 percent to $3.4 billion.

Medvedev also met later in the day with Sagintayev to discuss integration, trade and investments. They discussed ongoing and planned projects in fuel and energy, transport and transit, technology and at the Baikonur Cosmodrome. There is a long-term development programme for the city of Baikonur.

The two prime ministers agreed on the importance of creating a modern transport corridor for external partners, particularly the Eurasia high-speed freight and passenger transit corridor in the direction of China – Kazakhstan – Europe.