ASTANA – Kazakh President Nursultan Nazarbayev announced plans to reform the police and other agencies of the Ministry of Internal Affairs at the Nov. 18 meeting at the Akorda. 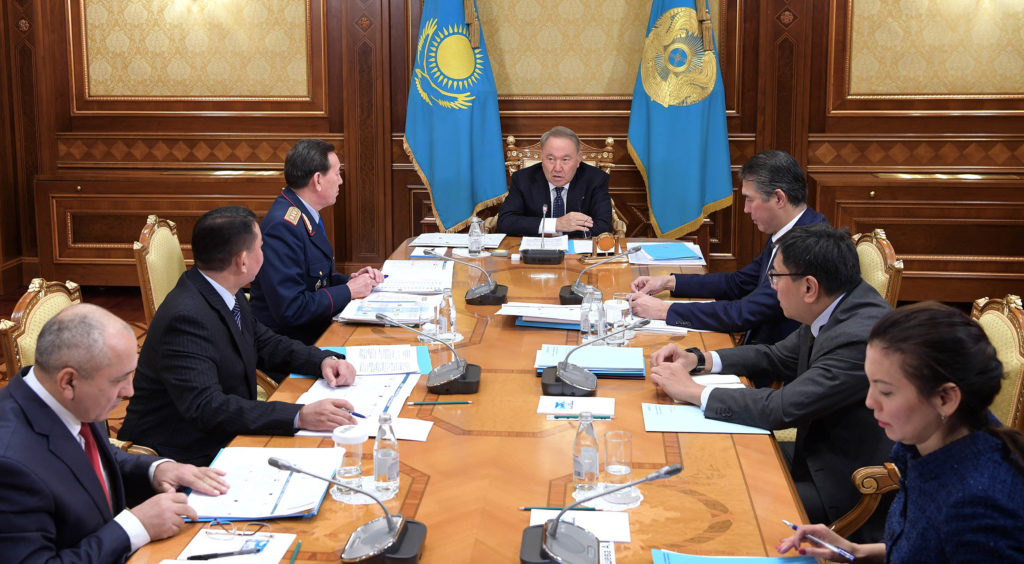 “Every year, more than 4.5 million citizens report crimes to the police, but the conditions for them are not created. The police need to deal with their problems promptly and in accordance with the law. This is the new standard of work with the population,” he said.

The existing relationship standards between police officers and citizens are outdated.

“The activities of the internal affairs bodies do not meet the expectations of society and cause complaints from citizens. People do not feel safe. We cannot ensure the best quality of life without this. Safety is of great importance,” he added.

“Digital technologies will be introduced in the internal affairs departments. The cities will be equipped with public safety monitoring systems. The new services will improve public feedback online,” he said.

Digitisation will help reduce corruption and optimise management links and staffing levels. The changes will affect the penitentiary system, where violent criminals will be separated from other convicts.

“The crime rate decreased by 17.5 percent over the past three years. Some 779 police officers died and approximately 2,000 have been injured over the years of independence. The current state of preventing violations does not fully meet the requirements of people,” he said.

The changes in internal affairs should occur in accordance with the directions in the Oct. 5 state-of-the-nation address. The head of state also set the task to cut staff and exclude non-mandatory functions.

“There is a need to focus on the fight against crime. The staff number will be reduced by 10 percent. These measures will lead to a decrease in the number of police officers from 471 to 424 for every 100,000 citizens as well as the European Union average level. This will save 16 billion tenge (US$43.4 million),” he said.

“An additional 21.4 billion tenge (US$58.1 million) will be allocated to increase the salary of the police officers. Citizens pay taxes and they expect that law enforcement agencies fulfil their duties properly,” he added.

Police officers dismissed for misdemeanours will lose all benefits.

“We need police officers of the new formation. The system of selection, training and promotion of personnel will be revised. The training will undergo major changes. We need the new police academies for a quality education which meets international standards,” said Nazarbayev.

The ministry will operate only five of its 12 educational institutions.

“The certification will be organised for acting police officers. Employees who do not pass this examination will be fired,” he added.