By Saltanat Boteu in Sports on 20 November 2018

ASTANA – Zhansaya Abdumalik reached the fourth quarterfinals of the 2018 Women’s World Chess Championship underway Nov. 3-23 in Khanty-Mansiysk, Russia, according to the Kazakhstan Chess Federation. It is the first time a Kazakh made it to the quarterfinals in an adult world championship. 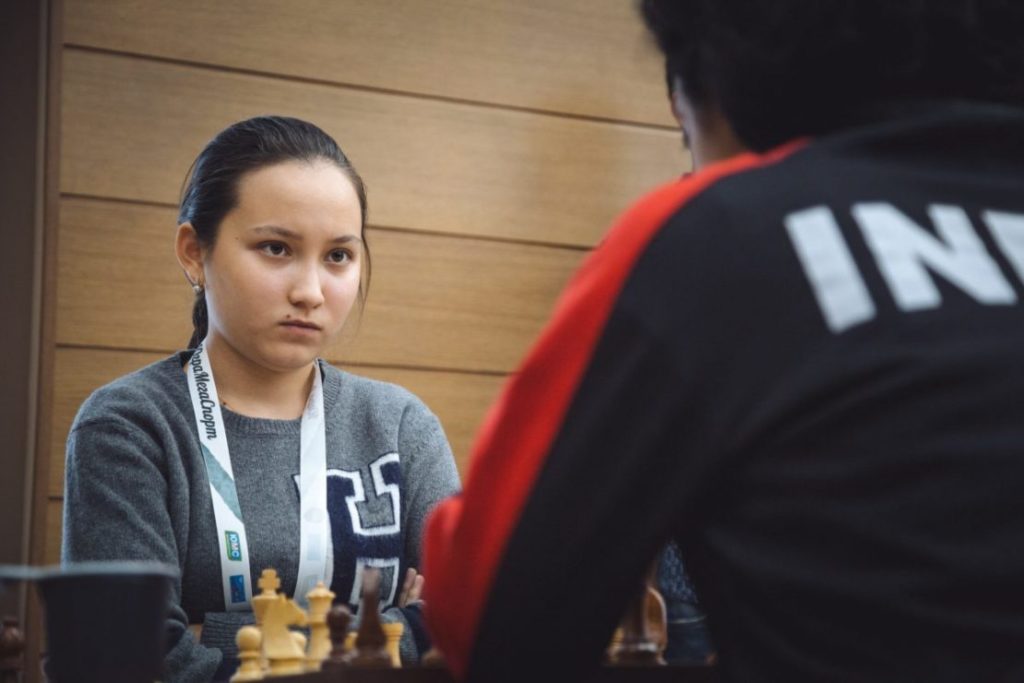 “This is the first adult world championship I’m participating in. I understood that I had to face a serious struggle, because my opponents were experienced and titled athletes. Before that, I won the World Junior Championships and the World Championships under 20 years, but it was a completely different level,” said Abdumalik.

In the first round, she defeated Indian competitor Ruth Padmini in a tiebreaker, 1.5-0.5. Next, she beat Chinese opponent Zhao Xu by a score of 2-0. She was the victor again in the third round against Polish grandmaster Jolyanta Zavadskaya.

In the quarterfinals, Abdumalik faced the world champion, Ukraine grandmaster Maria Muzychuk. The classic and rapid games were played to a tie, with Muzychuk ultimately winning in a blitz, 1.5-0.5.

“Zhansaya showed a brilliant game. For her, this was the first experience of playing in the Adult Chess World Championship. At 18, she managed to defeat the more experienced players. In the six games of the quarterfinals, she was on a par with the former world champion (2015), but in the blitz, a chance often determines the result,” said the Kazakhstan Chess Federation Executive Director Irina Grishchenko.

Abdumalik, of Almaty, Guliskhan Nakhbaeva (Shymkent) and Dinara Saduakassova (Astana) represented Kazakhstan in the tournament, with Saduakassova also reaching the second round. She played to a tie in two classic games against former world chess champion Antoaneta Stefanova, losing to the Bulgarian in a rapid game, 1.5-0.5. 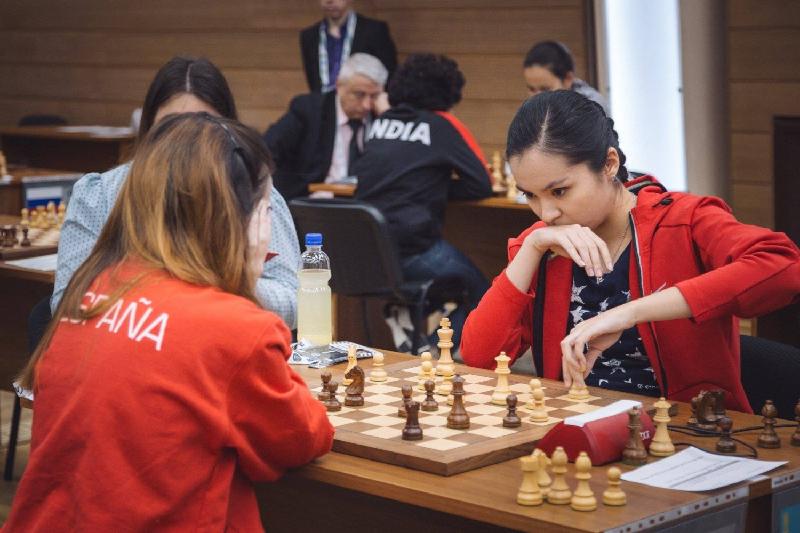 Competitors play two classic games. In the case of a tie, rapid, blitz and finally Armageddon games are played until the winner is revealed. The final match consists of four classic games and, if necessary, a tiebreaker. The prize is $450,000.

Sixty-four of the world’s best athletes from 29 countries came to the Ugra Chess Academy to compete for the title. The competition is held in a knockout tournament system, as one loss removes the player from further participation and half of the contestants are eliminated after each round.

Abdumalik is the Asia and world multiple champion among juniors. In 2013, she became the best chess player in Asia under 20 and a year ago, won the under-20 World Chess Champion title in Italy.