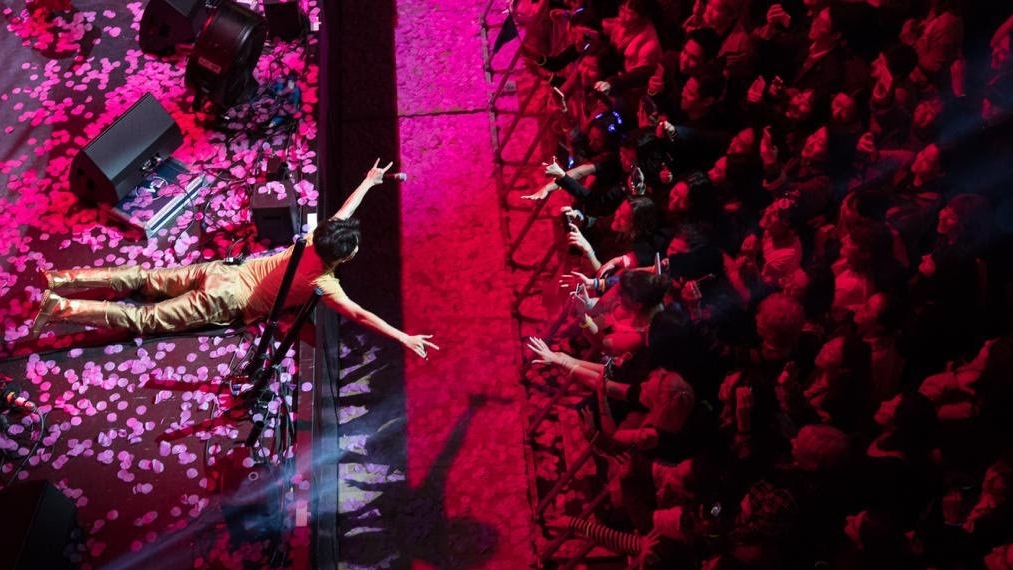 The concert joined the celebration of Days of Kazakh culture in the United Kingdom organised by the Kazakh Ministry of Culture and Sports and the Kazakh Embassy in London.

“When you are performing in front of such a vivid audience with sparkling eyes and when you sing your favourite songs, it is difficult to say right away how this concert influenced you. The only thing I can say now is I am very glad,” said Kudaibergen.

The programme featured his hits and new songs that he performed exclusively in London.

The organisers said fans from 45 countries came to watch the Kazakh singer’s concert and nearly 100 of them welcomed him at the Heathrow Airport.

Aktobe native Kudaibergen, who has a vocal range covering five octaves, four notes and one semitone, was the winner of the Grand Prix of the Slavic Bazaar 2015 competition in Vitebsk (Belarus) and the People’s Favourite National Prize in Kazakhstan.

He was also awarded the Certificate of Honour of the Kazakh President.

His popularity in Asia grew tremendously after his participation at “Singer,” one of the most popular music TV shows in China.

In March 2017, the Kazakh star won the top award at the China Top Music Awards in the category Best Asian Popular Singer for his outstanding performances in the show.

Kudaibergen will also perform at the Song of the Year concert and take part in the making of New Year Blue Light show aired annually on New Year’s night on a Russia TV channel.

“When I met Igor Krutoi, I had a special feeling. He worked with great singers, such as Andrea Bocelli, Dmitry Khvorostovsky, Lara Fabian. Igor Krutoi is an easy going and kind person. I accept each of his invitation in all sincerity,” said Kudaibergen.