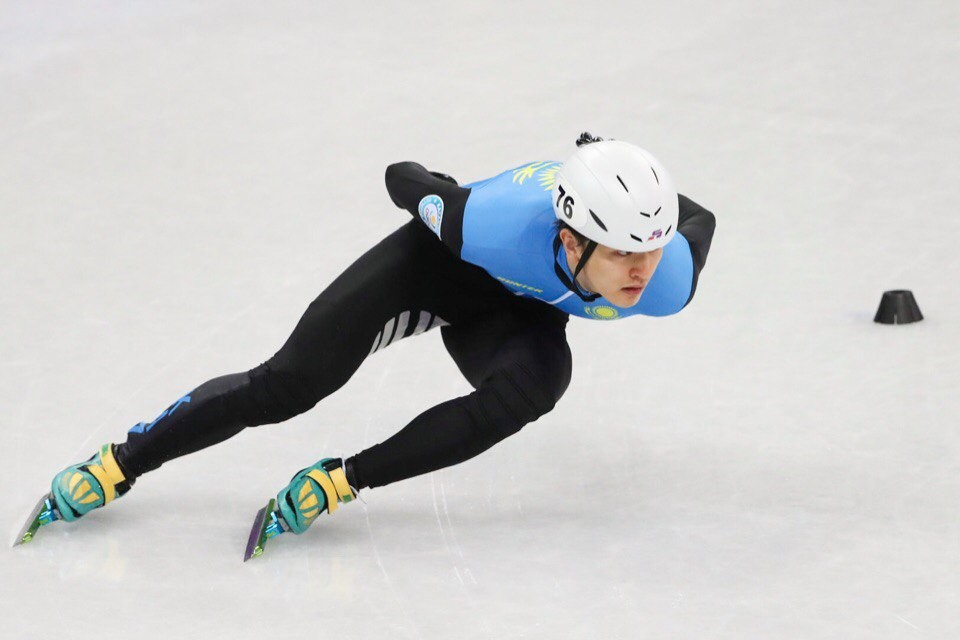 Finishing the race in 40.136 seconds, Azhgaliyev placed second after Wu Dajing, China’s 24-year-old champion and gold medal winner at the Winter Olympics in South Korea, whose result was 39.915 seconds.

This weekend’s World Cup featured 500-metre, 1000-metre and 1500-metre races in both the men’s and women’s events at the Calgary Olympic Oval.

“The first day, I reached semi-finals, but unfortunately without a medal. In the final day of the first stage, I made it to the finals and took second place. In the final, I was racing with three Olympic champions. I hope there are more wins to come,” he said.

The next World Cup event will take place Nov. 9-11 in Salt Lake City, Utah. Almaty will host a World Cup stage Dec. 7-9 for the first time in Kazakhstan.