By Saltanat Boteu in Culture on 15 November 2018 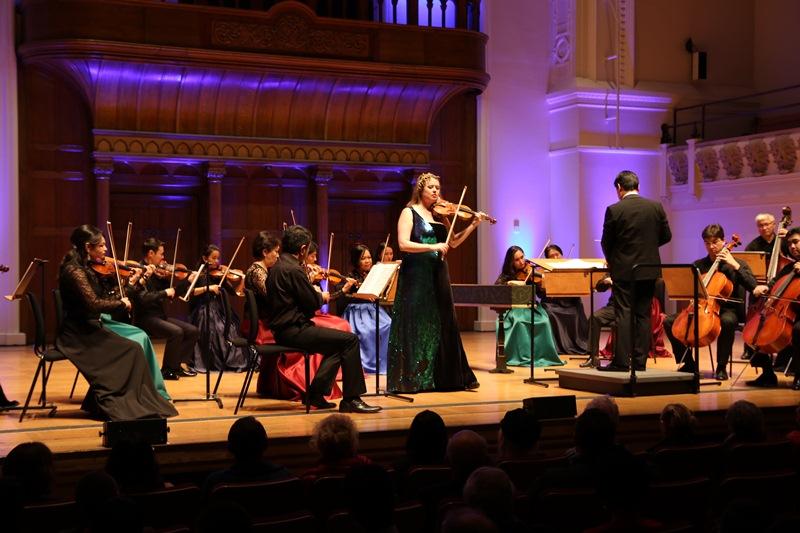 The tour started in Dublin and continued in Manchester, London, Milan and Rome. The Kazakh folk music played at the concerts brought the traditional sounds of the Great Steppe to the European audience. Politicians, business executives, cultural experts and members of the diplomatic corps who attended the concerts showed interest in classical Kazakh music and in the orchestra’s performance. The orchestra performed under the guidance of the Kazakh conductor Yerbolat Akhmedyarov.

According to Canadian violinist Lara St. John, who is currently one of the best performers of Vivaldi’s “Four Seasons” in the music world, she enjoyed performing with the orchestra.

“We had an amazing time with the Kazakh Chamber Orchestra. It was so great. I hope it was not the last time,” said the violinist, according to 24.kz. 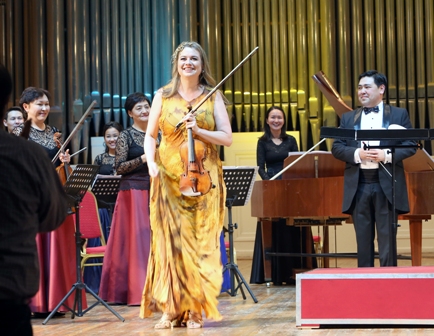 According to Kazakh Ministry of Foreign Affairs, at the concert in Manchester, the Kazakh Ambassador in the U.K. Yerlan Idrissov thanked the orchestra participants for their contribution to bringing Kazakh culture to the world.

The tour also included the orchestra’s live performance at the In Tune programme on BBC Radio 3, which invites the best orchestras of classical, jazz and folk music from around the world. The recording of the performance will be available on the BBC website for a month.

The concerts were organised by the Kazakh Ministry of Culture and Sports with the support of the Kazakh Embassy in the U.K. The tour is a part of the Contemporary Kazakh Culture in a Global World project under the Ruhani Zhangyru (Modernisation of Kazakhstan’s Identity) programme and dedicated to the celebration of the 25th anniversary of diplomatic relations between Kazakhstan and the U.K. and Ireland.

The soloists of the concerts were Kazakh clarinettist Bekturgan Zholaman and St. John who gave an Oct. 20 concert in Almaty before the tour.

The first concert before the European tour was held for the Almaty audience with the Canadian Embassy support. The repertoire of the orchestra included Kazakh composer and folk artist Kurmangazy and composer and dombra (Kazakh musical instrument) player Dauletkerey’s compositions “Balbyrauyn” and “Kerogly”, Antonio Vivaldi’s “Four Seasons,” Edward Elgar’s “Serenade for Strings” and compositions of Gioachino Rossini and Fabian Müller.