ASTANA – The National Bank issued a new collection of gold and silver coins Nov. 19 in denominations of 500 tenge (US$1.40). The production is devoted to the 25th anniversary of establishing the national currency. 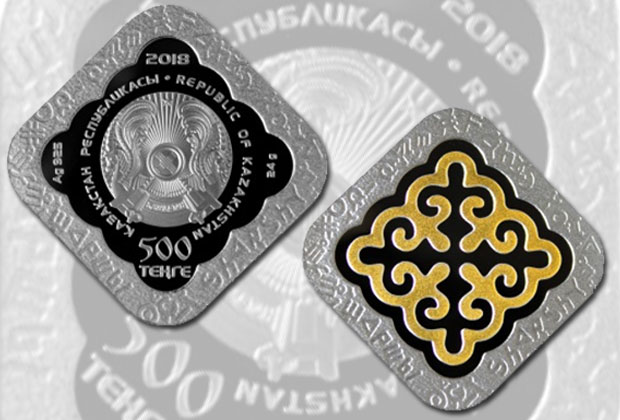 The twelve-faceted coin highlights the yearly symbol by moving it from the inside edge to the centre. The characters of the calendar are designated according to the cosmogonic ideas of the Eurasian people. The coin design uses the sculpture composition motif of the Oriental Calendar fountain in Almaty, noted the bank press service.

Year of the Boar coins

The Year of the Boar coins incorporate the mythological symbols of the star map constellations and the inscription indicates the metal used to cast the coin, its sample and mass. The Republic of Kazakhstan inscription along the perimeter is a stylised image of the sun and includes the coin’s denomination. The boar, the central part on the reverse side, is surrounded by inscriptions including 2019, Shygys Kuntisbesi and the Oriental Calendar on the perimeter and the remaining eleven characters of the Eastern calendar. 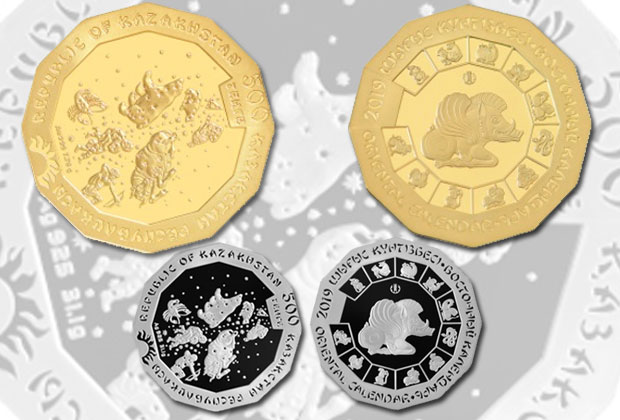 The gold and silver coins are shaped like a twelve-sided hexagon with identical images on the front and back. The surface is smooth without grooves or inscriptions.

The National Bank will also issue the Sharshy (ornament) collection from the Treasure of the Steppe series. The silver coins will have a value of 500 tenge (US$1.40). Sharshy is a folk ornament, insignia and secret graphic code passed down from time immemorial, similar to other nations that have their own characteristic features in applied arts, their own ornaments, which have been created for centuries.

The collectible coins are made at the National Bank’s Kazakhstan Mint. The pattern was developed in accordance with the banknote and coin design concept for the tenge, the national currency approved by a presidential decree. Silver coins are issued in souvenir packaging and supplied with a numbered quality certificate from the National Bank in Kazakh, Russian and English.