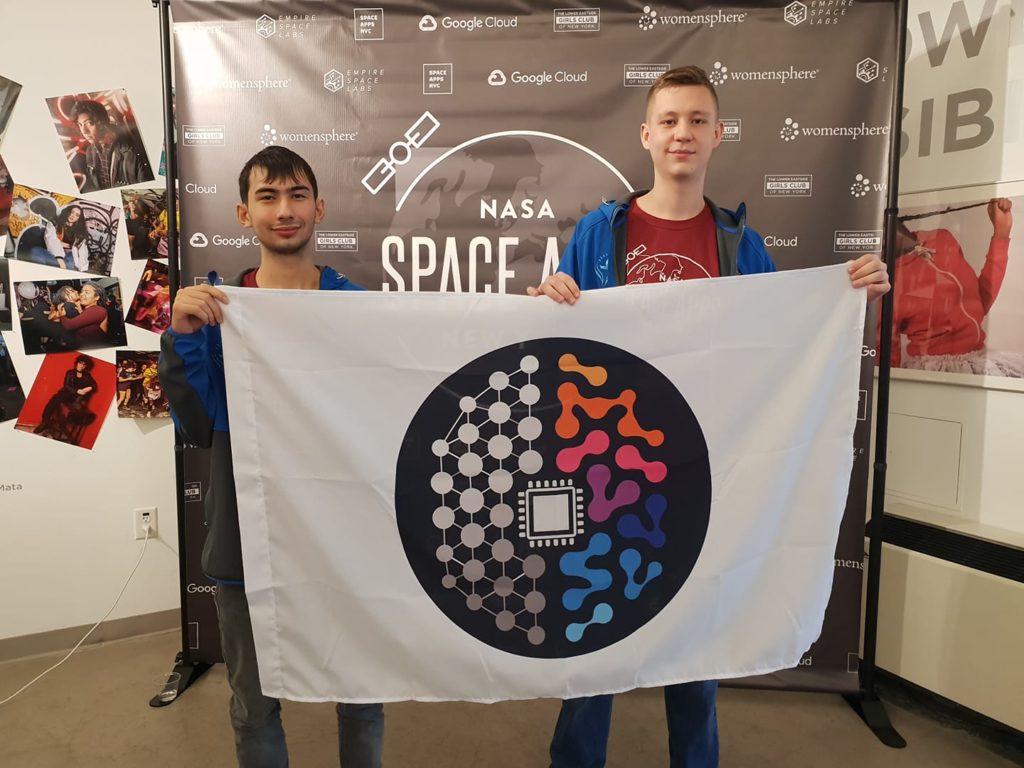 The Space App Challenge is an international 48-hour hackathon organised simultaneously in different cities around the world that seeks to address global problems by using an open data, robotics, data visualisation, hardware, design, among other specialties.

The Kazakh team developed a laser beam random number generator that analyses NASA data and performs simulations to forecast potential disasters, including volcanic eruptions, and seeks ways to address them.

The teams worked across six challenge categories and each with a specific mission – “help others discover the Earth,” “can you build a,” “volcanoes, icebergs and asteroids,” “what the world needs now is,” “an icy glare” and “a universe of beauty and wonder.”

The judges used several criteria to evaluate the projects. Impact, creativity, validity, relevance as well as an ability to communicate the project in their presentation were among the selection criteria.

Along with the generator, young developers presented a robot that can collect data near volcanoes and on asteroids and transfer the data to Earth, which are characteristics not always present in robots.

“We addressed the problem of transferring the data by a robot to the Earth. The robot can analyse more combinatorial information within a unit of time. Smart management of the battery in the Mars research vehicle increases its service life in case of continuous dust storms on Mars,” said Ryspekov, as quoted by Tengrinews.

The team started working on the project in the summer, the research began two years ago.

They submitted their project first on the Product Hunt platform in August where the team received 374 votes within a day.

“We were attending many meetings presenting the project, were contacting companies and eventually realised the importance of our product for data science. Then, as winners of different hackathons, we were invited to take part in the NASA Space Apps Challenge in New York,” said Ryspekov.