By Saltanat Boteu in Astana on 19 November 2018 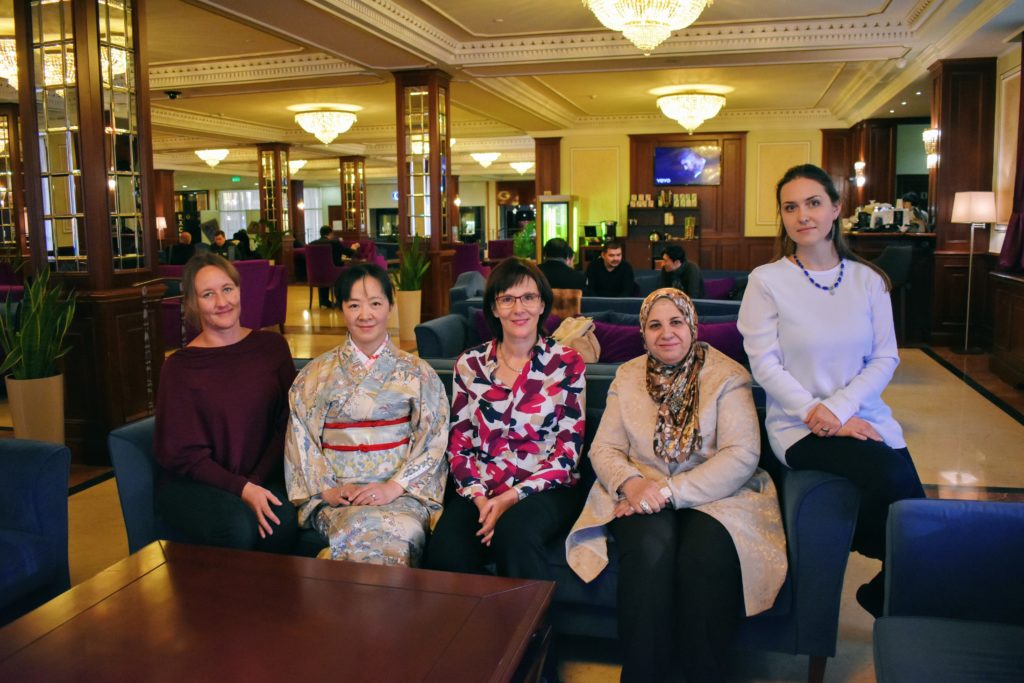 The event raises money for children and adults with physical and mental challenges, poor families and orphanages. It also allows dozens of embassies to showcase the culture and products of their countries. Forty-six embassies, charity organisations and schools will participate in this year’s bazaar. Sixteen bazaar tables will be reserved for schools and organisations.

“Mainly there are embassies, but there are also some tables for international schools who can present themselves, (school) children can produce something and sell it. Also, some organisations like the Kazakh National Women Council participate. They also contact many charities and sell items from them. Sometimes there are some commercial stands, which have to pay (for participation). This year, we have a commercial stand that will give a very precious prize for the raffle,” Ambassadors’ Spouses Association (ASA) Chair and the Swiss Ambassador’s spouse Luzia Sebesta Schmid told the Astana Times in a recent interview with multiple ASA members. The ASA organises the event each year.

The bazaar will feature the annual tombola lottery and a raffle, among other activities. The raffle lottery features baskets donated by each embassy with products from their countries, such as wine and chocolate.

The food and other products are as close to their origins as possible which means the products for cooking are brought from the country of origin and cooked by the representatives of the countries.

“In Switzerland, we always have raclette. This is melted cheese. We have two machines to melt it, we put potatoes, so you [can] have fresh raclette,” said Schmid.

“Tombola is a gift from each embassy. This year, it’s 46 embassies, which means 460 gifts from all embassies. The ticket for tombola is about 500 tenge (US$1.3). This year, we will give a chocolate for each of those who didn’t have a chance to win (as a consolation prize),” said the Iraqi Ambassador’s spouse Boushra Al-Zubaidi who oversees tombola lottery.

The grand prize of this year’s raffle will be a Lada car donated by the Russian Embassy. Other prizes include paintings, Italian brand clothes, flight tickets from Air Astana and fur clothes. Raffle tickets will cost 1,000 tenge (US$2.7) and will be on sale in the Radisson Hotel lobby Nov. 19-21 from 10 a.m. to 1 p.m. and during the bazaar.

In addition to raising money for charity, the annual event showcases multiple cultures in one place through the participation of embassies in Astana.

“It’s our way to present our countries to Kazakh people,” added Al-Zubaidi.

“It’s also good to know the other people… This is the possibility to see each other more often, get together to know other countries, cultures and ideas,” added Schmid.

For the organisers, the event holds a special meaning.

“I was there at 9/11, in the building… the day of the terrorist attack. I evacuated from the building. That time, I felt the impact of anger and hatred and, ever since, I have been thinking about it. Therefore, it is very nice to get together with all different people for the same goal. It has been 17 years, every time I think why that happened… We can be powerful as well, to seek peace and to be united. This is a very good opportunity for me and all of us… It’s good to think what I can do,” said Shimomura.

Ultimately said the organisers, the most important aspect of the event is the good the bazaar does for the community.

“We support different organisations and individuals. Usually the organisations help disabled people, (including) children with difficulties, from poor families (and) – orphanages. Any kind of people who are in need of basic needs, such as food, clothing or medicine, some special equipment for disabled people. … We have our own rules. We make sure that the money goes where it’s meant to and that it’s really helping people. Also, we make visits, before and after the bazaar. Mostly after the bazaar, we make many visits to see the projects that they are doing with our funds. We make sure that the money helps people in Kazakhstan, all over the country,” said Charity Committee Chair and the Finnish Ambassador’s spouse Maria Kivikoski.

And though they say, the bazaar takes a lot of time and effort to organise, they are happy to do it.

“It’s a lot of work, but it’s a lot of fun also. Everything is for the good. It is absolutely worth it,” said Kivikoski.

The organisation will be accepting additional sponsors for the event until Nov. 20.