By Dilshat Zhussupova in International on 25 October 2018

ASTANA – The 2018 World Press Photo exhibition, displaying the most important events of the past year through photojournalists’ lenses, is touring four Kazakh cities Oct. 24-Jan. 2. 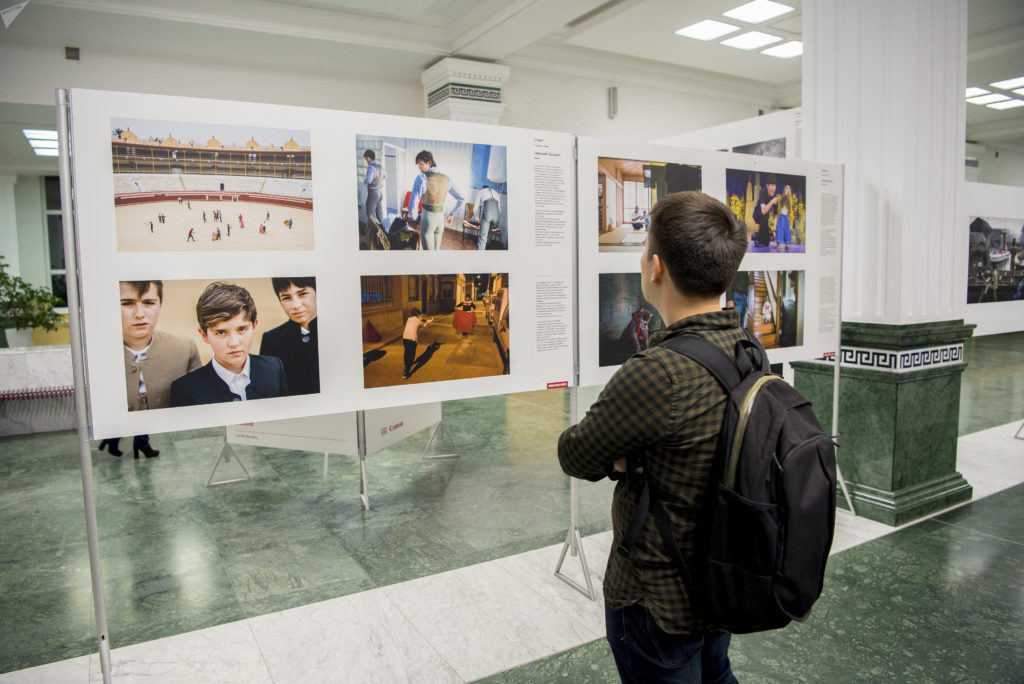 “The World Press Photo Foundation, founded in 1955, began with an international photo contest,” said World Press Photo exhibitions manager and curator Jerzy Brinkhof. “It has grown to be one of the most important contests for photojournalists. A selection of the 2018 works are exhibited here [in Astana].” 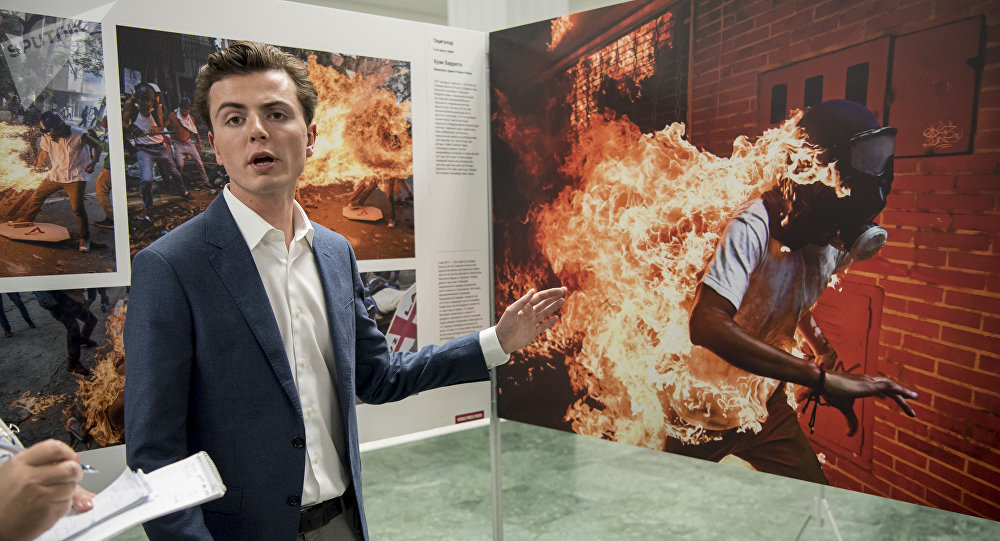 It is organised by the Dutch Embassy, Soros Foundation-Kazakhstan (SFK) and public fund Erkyndyk Kanaty.

“For the third time, the Embassy of the Netherlands organises the World Press Photo exhibition in Kazakhstan,” said Dutch Ambassador Dirk Jan Kop at the Oct. 23 opening ceremony. “Freedom of expression begins with opening eyes.”

“We are glad that Kazakh audiences may see the photos that have flown around the world and have become part of our collective memory,” noted SFK executive director Anton Artemyev.

The main prize, the Photo of the Year award, is given to the image which both encapsulates photojournalism and represents an important issue at an outstanding level of visual perception and creativity. The 2018 award, belonging to Venezuelan photographer Ronaldo Schemidt, depicts the protester José Víctor Salazar Balza catching fire during the Venezuelan crisis in 2017. 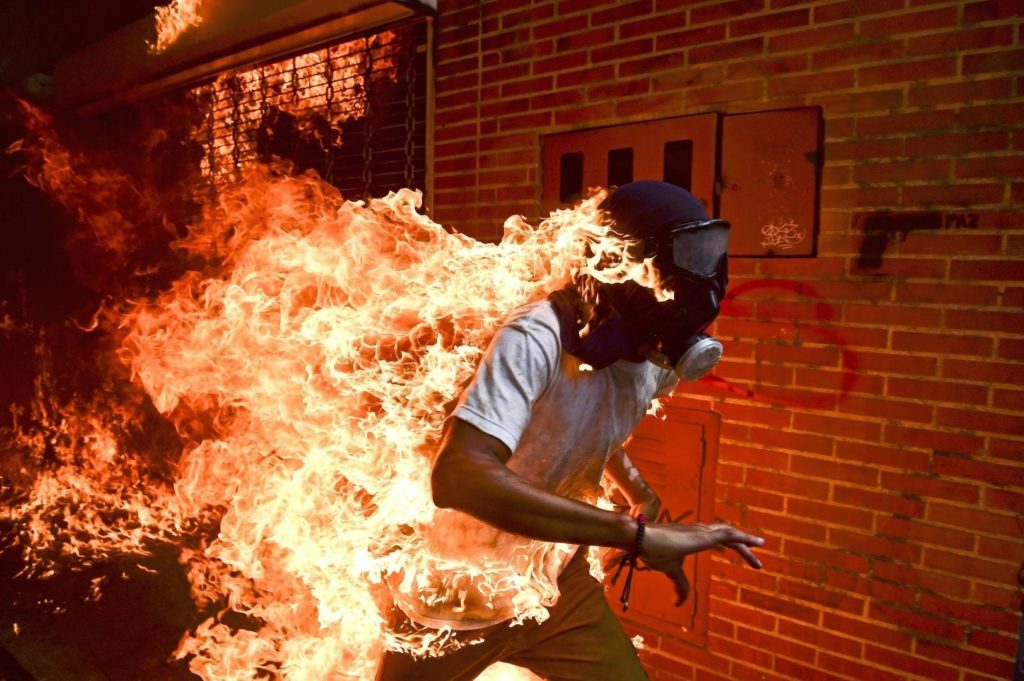 “Schemidt documented a protest against the Maduro government, given that Venezuela is going through a terrible economic crisis. What happened on this day is that there were clashes between security forces and protesters. This man got burning fuel on his body and, in the instant that this photo was taken, he fell over, was helped by bystanders and ultimately survived. A very striking detail and one of the reasons the jury thought it was such a strong photo is that you may notice [graffiti of] a gun on the wall. The gun is shooting the Spanish word ‘paz’ (peace). This photo symbolises something bigger – it’s not just about a man, it’s about Venezuela,” explained Brinkhof.

Russian photographer Valery Melnikov’s masterclass, Photography as a tool for highlighting social problems of society as well as for aspects of human rights and freedom of expression, for professionals and amateurs will be conducted as part of the exhibition. His “Black Days of Ukraine” photograph won in the 2017 World Press Photo’s Long-Term Projects category, depicting civilians escaping a burning house destroyed by an air attack. 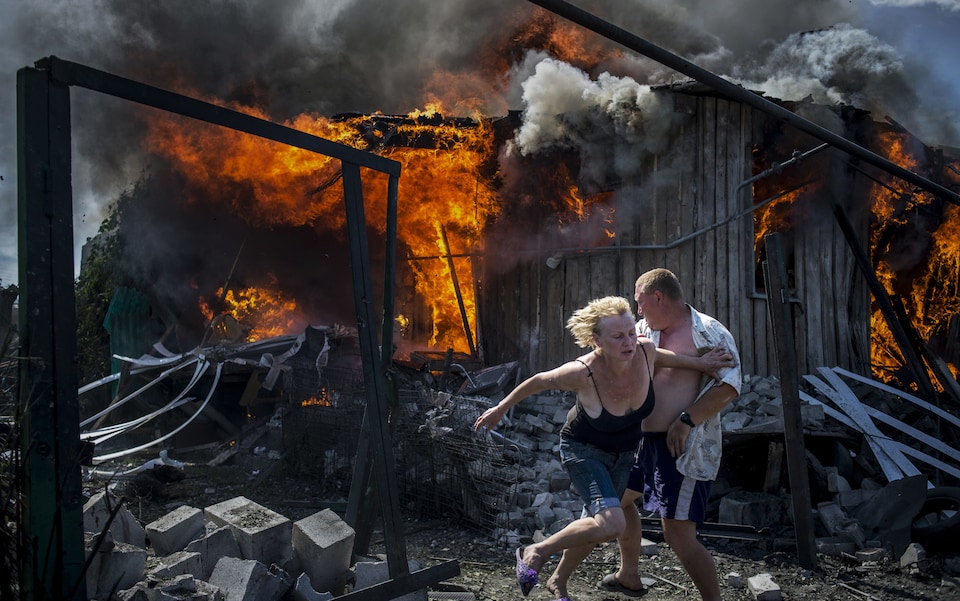 The World Press Photo Foundation is an independent organisation, which aims to develop photojournalism and its standards, encourage knowledge-sharing and promote a free exchange of information.