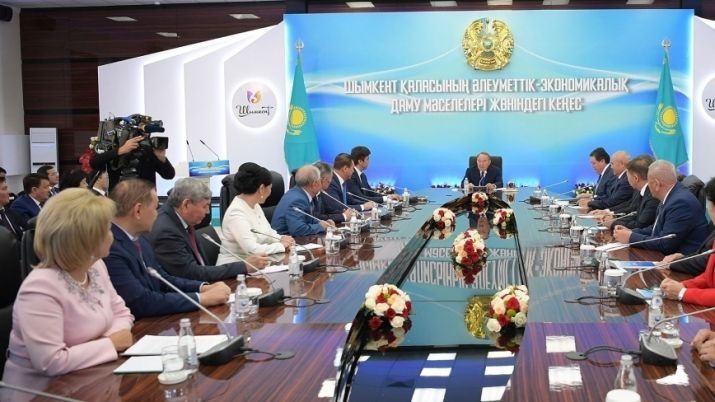 In June, Nazarbayev declared Shymkent the country’s third city of national significance alongside Almaty and Astana. The declaration is part of an effort to make Astana, Almaty, Shymkent as well as Aktobe in the west economic growth centres.

The President said during his visit the declaration requires Shymkent to rethink its economic and development strategy.

“Becoming the third metropolis in the country with a population exceeding one million, Shymkent should change its development model, similar to what Astana and Almaty have done before. Several projects with big prospects are ongoing in the city and many more are planned. Therefore, we need to address ways to develop Shymkent and determine the strategy,” said Nazarbayev. “The new strategy will be designed to develop a large industrial, innovation, tourism, trade and logistic centre.”

He added that the city should become a “powerful economic centre of Central Asia, large and attractive metropolis with comfortable living conditions.”

He was also briefed on the country’s two other major oil processing plants, in Atyrau and Pavlodar.

Following the visits, Nazarbayev said Kazakhstan must focus on the production of environmentally friendly fuel, including in its public transportation systems.

“We are producing buses that use gas as fuel. We need to increase the volume of production. This will stimulate national economy and diminish the harm to the environment. Gasification of transport is beneficial for owners as well,” he said.

Nazarbayev was also briefed during his visit on efforts by Shymkent city public service facilities to digitise their services.

“Shymkent is turning into a huge metropolis. New projects are being implemented here. The hard work of the people in Shymkent is key to successful development of the city. The most important area of work is small and medium businesses. We need to support them,” said Nazarbayev.