By Anuar Abdrakhmanov in Sports on 17 October 2018 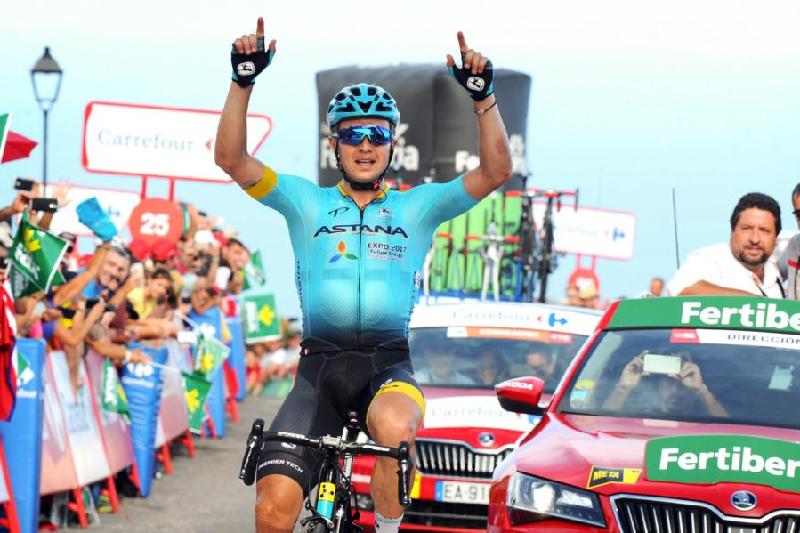 Lutsenko got ahead of Italian’s Diego Ulissi, who rides for UAE-Team Emirates, and Spain’s Eduard Prades riding for Euskadi-Murias (second and third respectively) to the finish line of the 205.5-kilometre race.

“The race wasn’t easy, as the last two stages turned out to be nervous. There were many attacks as only seconds separated the rivals, and the overall results of the main competitors were very close to each other. Unfortunately, I failed to win, but it is a race. I am glad to win the most difficult and longest mountain stage of the race. This is my final race in the season. And it is a good result to finish it on the podium as this season was a further step towards my development as a leader for weekly races after winning the Tour of Oman early in the year and the Tour of Turkey stage and stepping its podium,” said Lutsenko.

This season has been rich in bright moments and victories for Lutsenko. In addition to the successful performance in the Tour of Turkey, Lutsenko has won one of the Tour of Austria stages, Kazakhstan’s national championships and two gold medals at the Asian Games this season. Next season, the Kazakh cyclist will be among Astana ProTeam’s leading racers.