By Staff Report in Central Asia on 31 October 2018

ASTANA – The Kazakh Senate ratified Oct. 25 the border agreement between Kazakhstan, Uzbekistan and Turkmenistan that determined the points of juncture on the countries’ border. 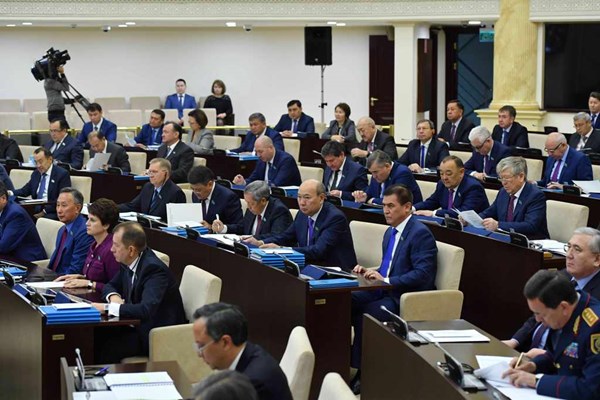 The agreement was signed in November in Samarkand with the participation of Kazakh Minister of Foreign Affairs Kairat Abdrakhmanov and his counterparts from Uzbekistan Abdulaziz Kamilov and Turkmenistan Rashid Meredov.

The agreement can be considered a “historical document for Central Asia,” the Kazakh foreign minister said last year.

“In fact, this is a matter of responsible state building and security. I would like to note that all bilateral issues related to Kazakh-Turkmen and Kazakh-Uzbek border were fully settled in the beginning of the 2000s,” he said.

The Senate said in a press release the document will “facilitate the completion of an international legal formalisation of the state border of Kazakhstan, eliminate potential prerequisites for territorial issues at the point of juncture.”

During the plenary session, the deputies also endorsed the border agreement between Kazakhstan and Kyrgyzstan.

The sides will review the demarcation of the border that stretches across 1,257 kilometres once each 10 years, and each country will control and manage its border signs.

The agreement is perpetual and cannot be denounced