By Dilshat Zhussupova in International on 26 October 2018 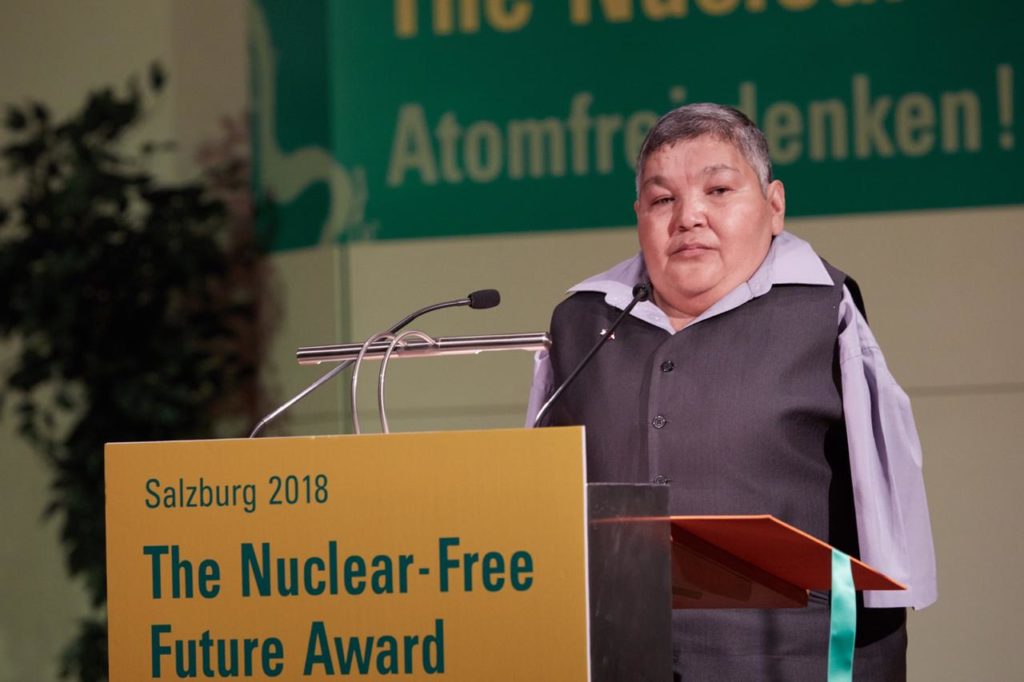 Since 1998, the Nuclear-Free Future Award honours those who contribute to building a world without nuclear weapons, nuclear energy and uranium ammunition. This year marks its 20th anniversary. 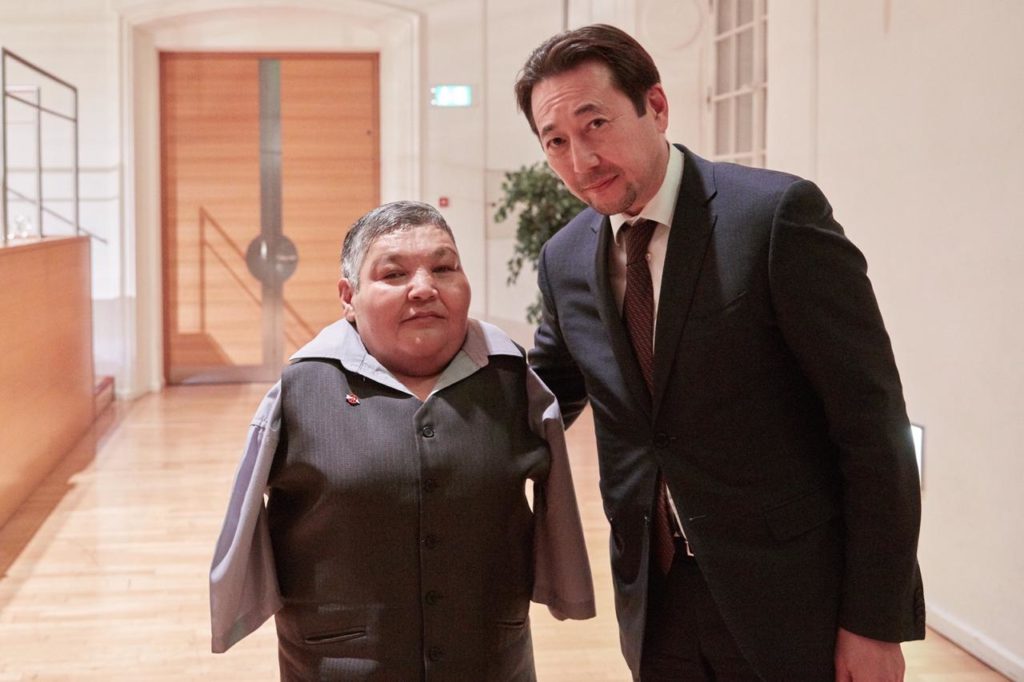 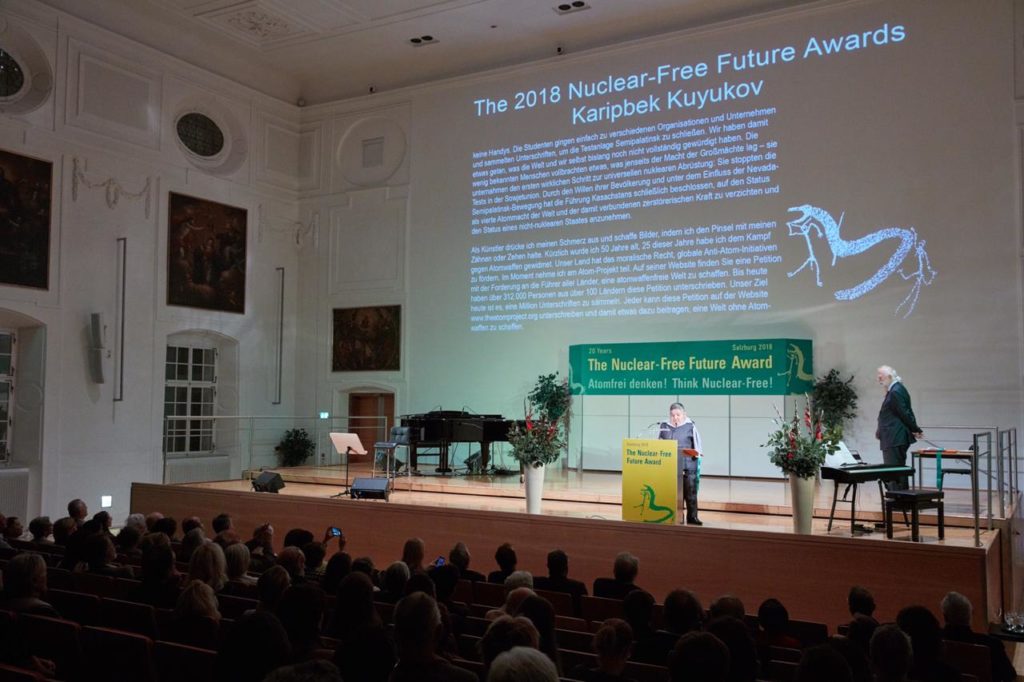 Kuyukov was born without arms in a small village near the Semipalatinsk nuclear test site in eastern Kazakhstan. Through his moving speeches and paintings, which he creates holding the brush with his feet and mouth, he seeks to ensure that such nuclear testing atrocities are never repeated.

“Karipbek demonstrated incredible courage in forging a meaningful life as a painter and anti-nuclear activist despite the physical difficulties he personally encounters and the trauma of growing up in a community where so many children are born deformed and with horrific health problems, many losing their lives at an early age,” said jury member and Parliamentarians for Nuclear Non-proliferation and Disarmament global coordinator Alyn Ware. 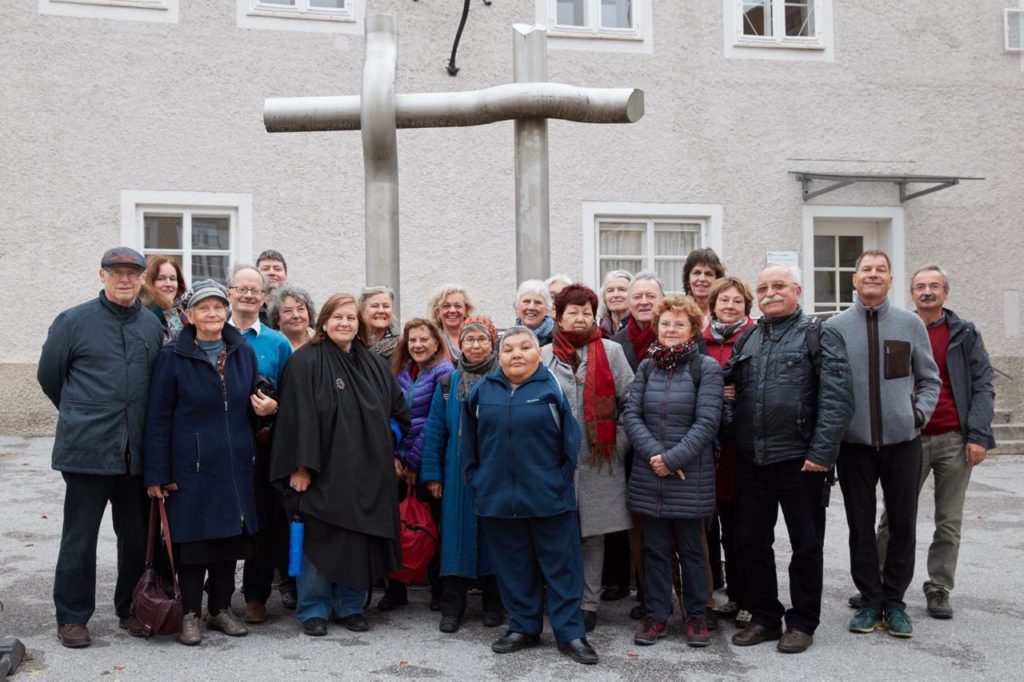 Along with Kuyukov, Jeffrey Lee of Australia and Linda Walker of the United States each received $10,000 prize money to support their activism in the categories of Education, Resistance and Solutions, respectively. Didier and Paulette Anger of France and Peter Weish of Austria were recognised for driving their countries’ anti-nuclear movements in the respective categories of Lifetime Achievement and Special Recognition.

Kuyukov intends to spend the prize money on preserving his home village of Yegindibulak, just 100 km from the nuclear test site, which he fears is becoming a ghost town.

“Yegindibulak was among the first to feel the consequences of the testing during the 40 years [the site was active],” he said. 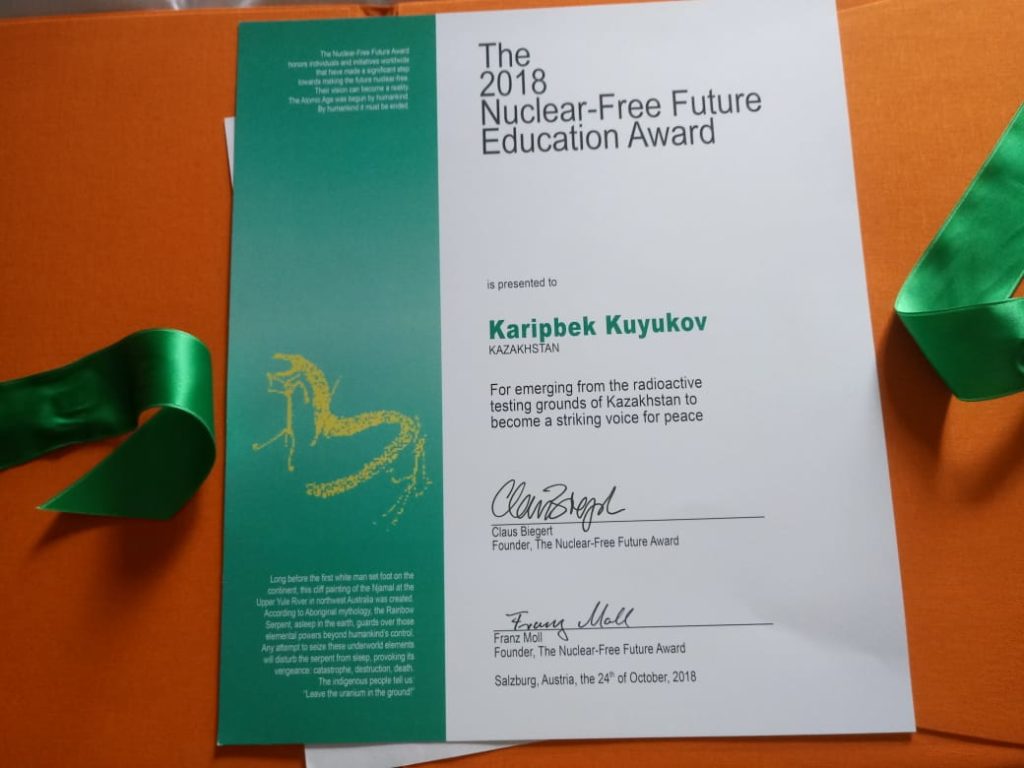 In receiving the award, he joins the ranks of Kazakh photojournalist and the Phoenix Organisation and Nevada-Semipalatinsk movement leader Yuri Kuydin, who was recognised in 2000 for raising awareness of nuclear testing in Semipalatinsk beyond the Soviet Union through his photography.

The following day, the laureates made presentations on their activism at the International Anti-Nuclear Symposium.