ASTANA – Minister of Education and Science Yerlan Sagadiyev briefed government officials Oct. 9 on the country’s education system and development plans for the next two years. 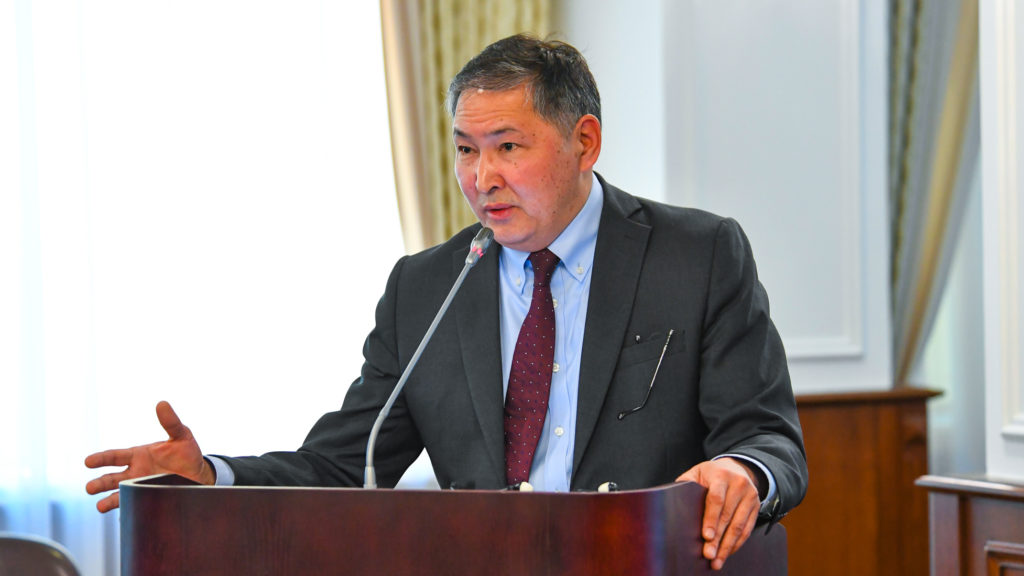 First, a new law on the status of teachers in schools will be prepared, Sagadiyev said. The law will cover ways to the raise the social status of teachers, reduce their workload and protect them from unnecessary inspections. After public discussion of the law, it is expected to be approved in 2019.

The condition of the school buildings across the country needs special attention, the minister noted. Advanced reconstruction is needed in 680 schools, 50 percent of which are repaired. As for resolving the issues with emergency schools and the three-shift training system, 63 schools are being built in the country. The national budget is considered for the construction of 11 of them. In addition, the national budget will cover the construction of 27 schools, while the rest of them should be built from regional budgets.

To increase the number of psychologists and the level of their professionalism, the Ministry of Education and Science conducted work on the Happy Family Programme and invited foreign specialists. This work will continue. For the same purpose, psychologists will take courses. It is also planned to increase the category and salary of educational psychologists through a new system of certification and testing for professional competence. The new system will be developed and submitted to the government this year.

According to the ministry, 70 percent of children are enrolled in updated curricula while teachers are prepared for this work. The ministry is also working on the implementation of electronic textbooks. It plans to equip 100 percent of schools with electronic textbooks within two years. At the same time, for the convenience of students, the issue of installing lockers in schools is being discussed.