By Saltanat Boteu in Business on 25 October 2018

ASTANA – Kazakh Minister for Investments and Development Zhenis Kassymbek briefed government officials Oct. 23 on the progress of the Digital Kazakhstan programme. According to his report, digitising transport and logistics will optimise costs and repairs for roads and transport. 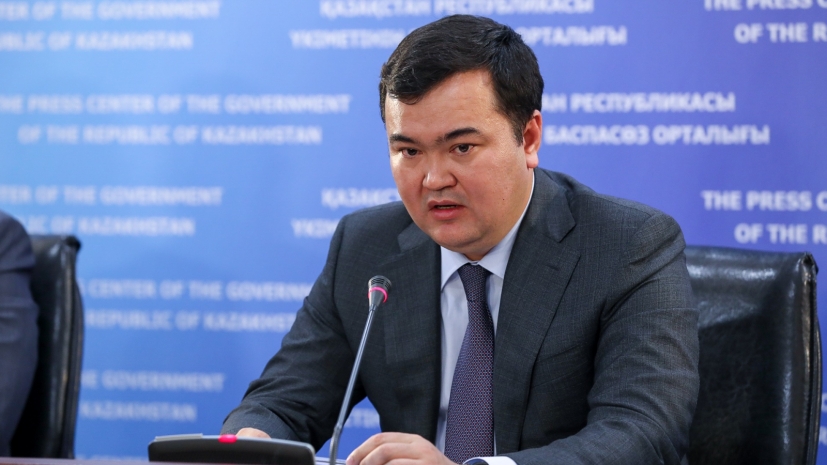 Charging for road usage has started on the Almaty-Khorgos, Almaty-Kapshagai and Astana-Temirtau routes. The Almaty-Khorgos route, which leads to the Kazakhstan-China border, started Sept. 27; to date, turnover capacity has increased ten times reaching a minimum of 2,500 vehicles per day. As a result, budget income from taxes and other payments is expected to increase to 50 billion tenge (US$137.66 million). The logistic centre on the border was built with investor’s funds.

“Along with the Ministry of Finance, we concluded an agreement with a private investor, Eurotransit company, which built this logistics centre and equipped it through their own funds. It will be in their ownership until 2026. The [Kazakh] government will be buying out the place in partial payments until then,” said Kassymbek during a press conference after the meeting.

In January, the ministry is planning to announce a tender to install a payment system in the Astana-Pavlodar, Shymkent-Aktobe-Martuk and Shymkent-Taraz-Kainar sections. In 2020, the charging system will operate in 17 sections with a length of approximately 6,500 kilometres.

Radio-frequency identification (RFID) tags have been instituted on the Astana-Schuchinsk route to collect information and make payments easier using the Payway.kz app, Internet Banking and Kiwi System. Weather conditions, speed restrictions and other information is posted on digital boards along the route.

Special automated measuring tools were introduced to ensure weighing vehicles safely and lowering violations and the cost of maintaining roads by reducing overloads. The system is forecast to reduce costs by 50 billion tenge (US$137.66 million). With the help of these tools, 723 violations were reported and 8 million tenge (US$22,025) in fines collected in the first eight months of the year. There are plans to launch 12 systems by the end of the year, with a total of 46 by 2020.

“Automation of vehicle weighing procedures will eliminate the human factor during transport control,” he added.

The interregional and international passenger traffic dispatching system is running and 416 routes and more than 2,000 buses will be operating by the end of next year. The main task of the system is to ensure compliance with the schedule and route and regularity, which directly affects the quality of services.

The E-freight system of paperless air cargo transportation workflow, which will reduce time and costs, is expected to be introduced in December.

“E-freight is an electronic system of air cargo data processing. Currently, approximately 20 documents need to be collected and it takes two days to process trans-shipment cargo. In order to increase air transit turnover, we entered the E-freight international system that is used by leading air and customs institutions,” said Kassymbek.