By Dilshat Zhussupova in Central Asia on 1 October 2018

ASTANA – Environmental concerns were the topic of a conference Sept. 28 in New York on the sidelines of the 73rd UN General Assembly session. 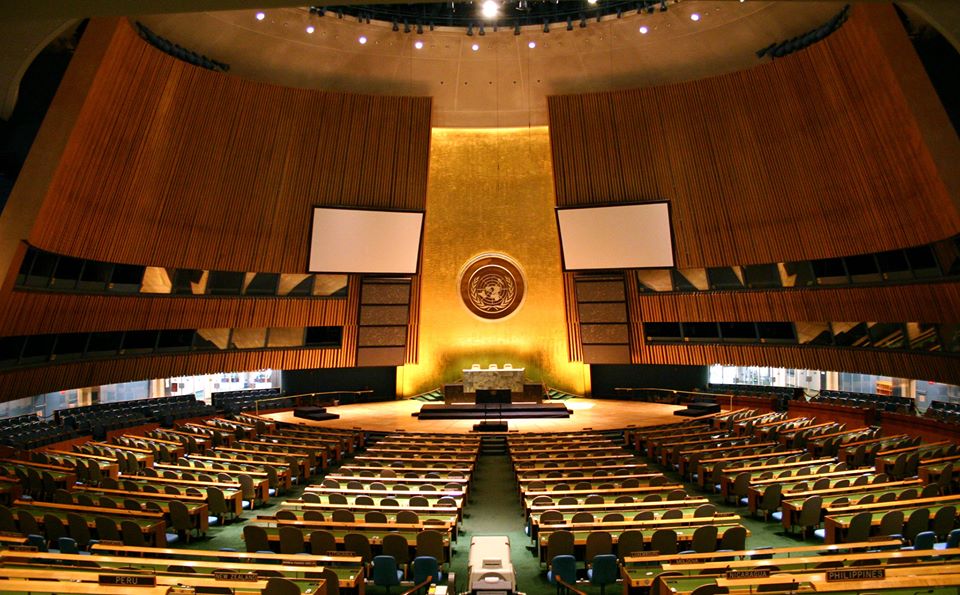 The session was part of the annual gathering of world leaders and decision-makers each September at the United Nations New York headquarters to set the agenda for the upcoming year.

Among the topics at the conference, People and Planet: Central Asia Calls for International Solidarity, was mitigating the damage from Soviet-era uranium mining and handling.

Central Asia was an important source of uranium in the Soviet Union, and the accumulated radioactively contaminated material threatens the environment and the population’s health, it was stated. The case for international support for remediating uranium mining legacy sites in Central Asia, which lie along the Syr Darya River tributaries, was highlighted at the conference.

“The international community must support Central Asia in the task to protect its people and the environment from the threat posed by abandoned uranium mines. We are looking forward to welcoming many countries and organisations to London Nov. 8, helping to close the funding gap to achieve remediation to good international standards,” said the EBRD External Relations and Partnerships Managing Director Alan Rousso.

The conference also noted the Environmental Remediation Account for Central Asia (ERA), which has collected $19.7 million in contributions.

The environmental conference, supported by Kazakhstan, was part of the annual general session, which began Sept. 25 and will continue until Oct. 1.

Environmental concerns were also raised by other Central Asian countries at an earlier general assembly session. At the Sept. 25 UN General Assembly session, Kyrgyz President Sooronbay Jeenbekov noted the importance of water management to his country.

“For the Kyrgyz Republic, the issue of water use is extremely important… The practice of the last decades of using water and energy resources in Central Asia shows the need to develop new approaches. We are convinced that the integrated use of water and energy resources in the region should be determined by a system of measures aimed at the sustainable development of all the Central Asian states,” he said.

This year’s general assembly gathering is themed, “Making the UN relevant to all people: Global leadership and shared responsibilities for peaceful, equitable and sustainable societies.”

The session’s agenda spans international issues, such as human rights, gender equality, security, sustainable development and climate change. Priority this year will also be given to migration, the rights of persons with disabilities and environmental protection.