By Aidana Yergaliyeva in Nation on 19 October 2018

ASTANA – The capital will mark the International Day of Rural Women by organising the first forum Nov. 8-9 gathering successful businesswomen who are contributing to the sustainable development of Kazakh villages. 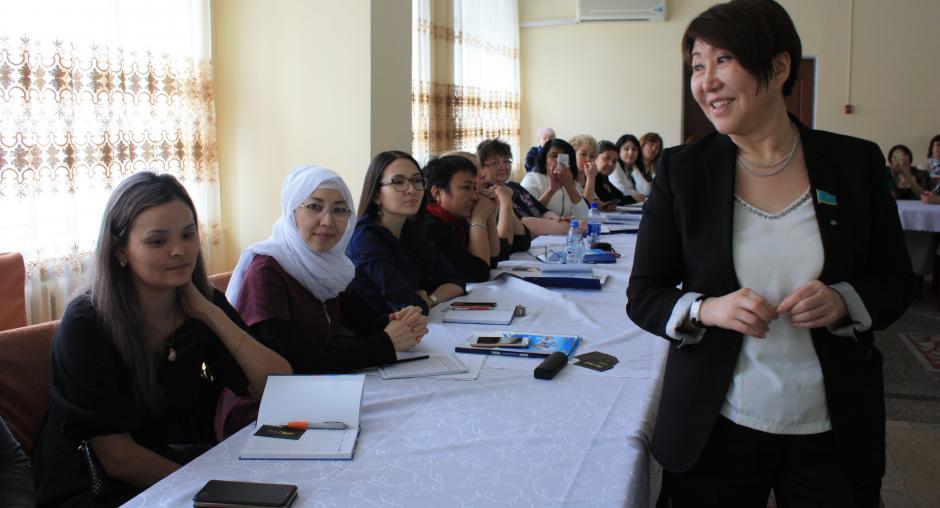 Just like in many other countries, the progress in overall gender equality in Kazakhstan is sound in bigger cities such as the capital and Almaty, while regional villages and towns are left out of the conversation.

“We tried to collect some analytical material ourselves and found out that in all regions there are only 985 rural districts, 171 of them are headed by women – this is 17.3 percent,” said EXPO & WOMEN Executive Director Lyazzat Askarova.

The UN General Assembly designated Oct. 15 as the International Day of Rural Women to raise awareness. In response, the social organisation EXPO & WOMEN and G-Global, a coalition for a green economy and development, have joined efforts in organising the forum to better integrate rural women into the Kazakh economy. The event will support women’s leadership through various tools such as active discussions, contests and workshops.

“[It will] show achievements and contributions of women in the state agro-industrial programme, as well as motivate women and their involvement in a green economy; the introduction of organic agriculture and various forms of rural employment,” said Mayra Aysina, a Mazhilis (lower house of Parliament) deputy and chairperson of the forum, at the Oct. 12 Central Communications Service briefing.

The Kazakh government has made developing the agro-industrial sector one of the main priorities on its state agenda. Those living in rural areas comprise 42.5 percent of the population, more than half of which are women. Thus, the forum is a tool to engage a significant number of people and achieve its aim of making the agro-industry the next industrial revolution.

Women delegations of ten individuals from each region will attend the forum. They will represent a range of fields and sectors such as district akims (mayors) and heads of private and public entities in farming and education.

“One of the important results will be the development of recommendations for the National Action Strategy for Rural Women. This task is not an easy one, but it corresponds to world trends, including the UN programmes,” said Askarova.

The delegates will discuss the biggest challenges for women in the countryside such as participating in elections, employment, introducing sustainable mechanisms of governance and using green technologies in agribusinesses.

The forum will also showcase success stories of rural women. They are creating multidisciplinary farms, engaged in charity, run public associations and maintain houses for lonely elderly people and crisis centres for women and families in difficult life situations.

The forum will close with a ceremonial announcement of the results of the Coca-Cola Belesteri national contest. The ten rural women with the most innovative, profitable and environmentally friendly business ideas will receive grants of $4,000 to realise them.

“We think that for women it will be a good motivation for successful activity,” said Askarova.